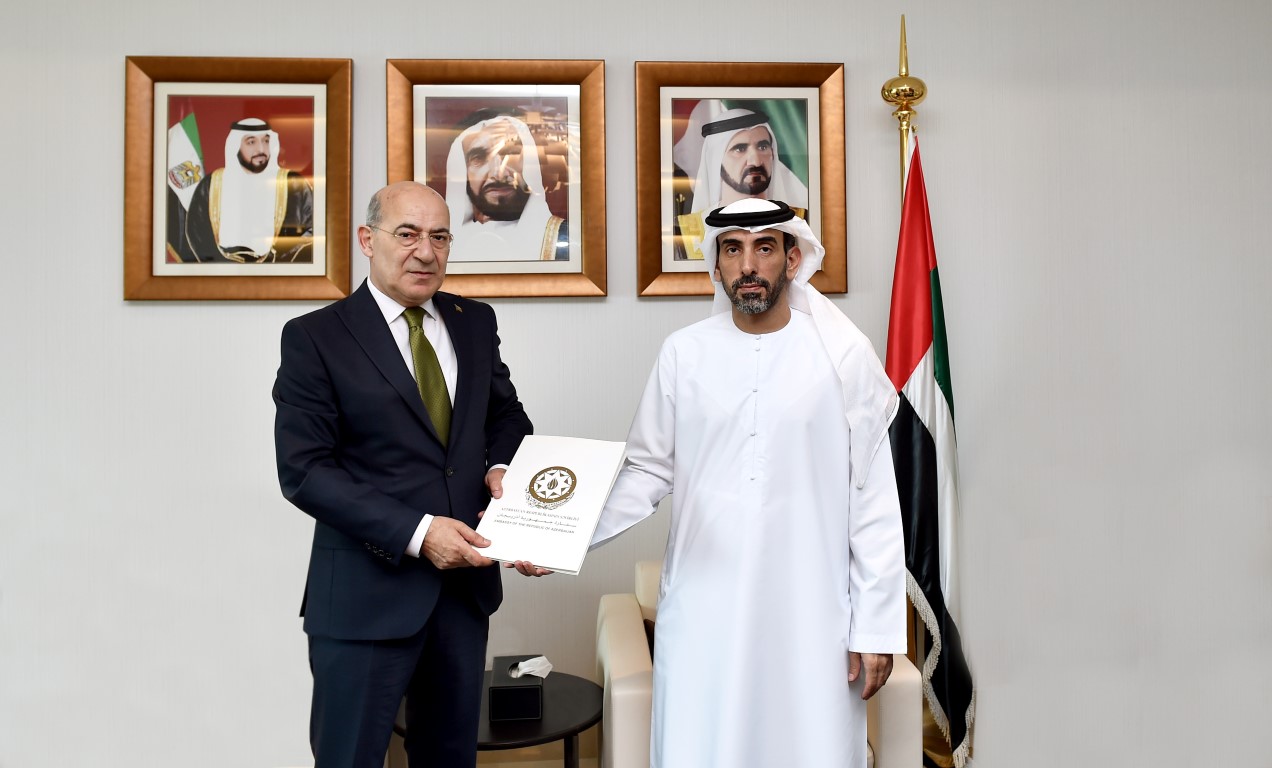 ABU DHABI, 23rd April, 2019 (WAM) -- Ahmed Sari Al Mazrouei, Under-Secretary of the Ministry of Foreign Affairs and International Cooperation, MoFAIC, has received a copy of the credentials of Maher M. Aliyev, the new Ambassador of Azerbaijan to the UAE.

Al Mazrouei wished the ambassador success in his role in enhancing Emirati-Azerbaijani ties.

The new ambassador, in turn, expressed his happiness at representing his country in the UAE, which, he said, enjoys a prestigious regional and international standing thanks to the wise policy of President His Highness Sheikh Khalifa bin Zayed Al Nahyan.