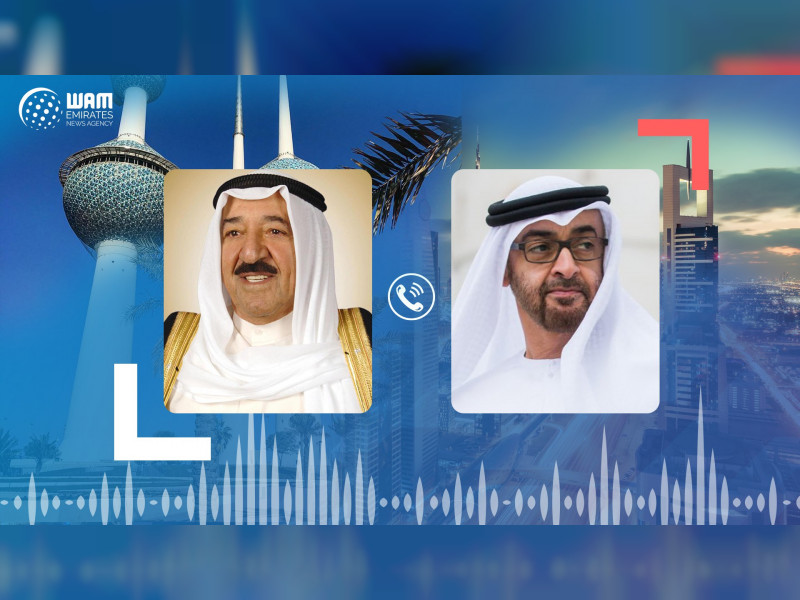 During the call, His Highness the Emir of Kuwait denounced the sabotage acts and hoped the investigations launched by the UAE authorities would reveal the perpetrators of those acts that threaten the maritime navigation, international trade, and world energy supplies.

He wished the UAE and the whole region everlasting stability and security.

His Highness Sheikh Mohamed bin Zayed Al Nahyan thanked the Emir of Kuwait for his fraternal stances towards the UAE and for Kuwait's solidarity with brethren in the light of threats to the regional security and stability.