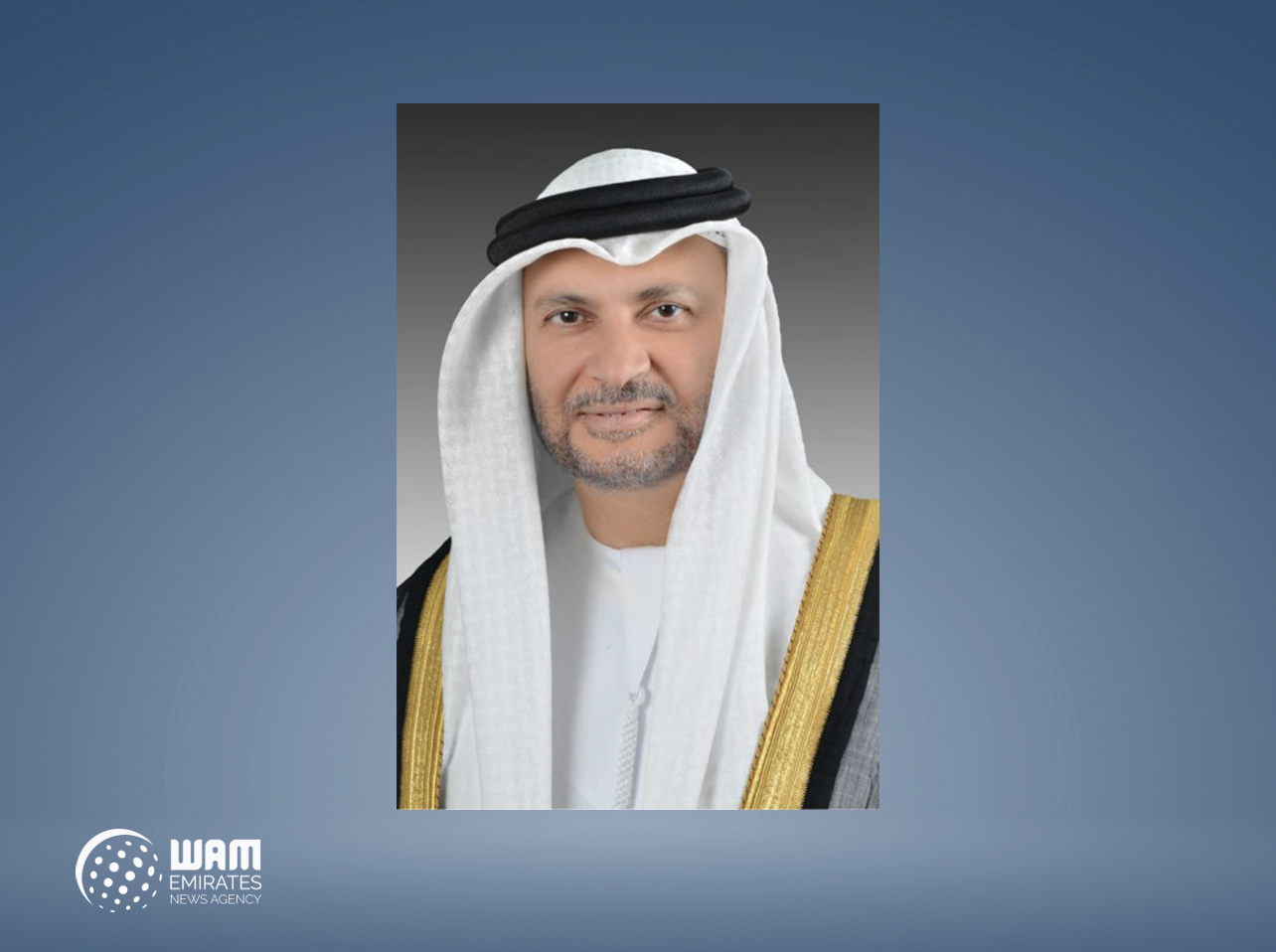 "The UAE is a committed partner in the development and stabilisation of the Arab World," Dr. Anwar bin Mohammed Gargash, told audiences in a keynote address at the GLOBSEC 2019 Bratislava Forum in Slovakia. The UAE official noted that the country had given around US$25 billion in aid to the region over the past five years; more than two-thirds of its entire foreign aid budget.

Dr. Gargash’s remarks explained the UAE’s position on various issues in its region, emphasising foundational stability along with "good economics, good politics, and deterrent security." He argued for policies which embrace moderation and tolerance, and reject extremism.

He noted that those who live in more stable areas should not underestimate the value of that stability. "Underpinning economics and politics must be the most basic foundation of all: the region must regain some measure of stability. Constant warfare engenders religious extremism. Revolutions, and radical and sudden shifts of power, rouse constant excitement and optimism among observers from outside the region.

"Yet for those who are on that roller-coaster, who actually have to live with the consequences, this unpredictability is far more disturbing, painful and dangerous. All too often, it ends by strengthening extremists and heightening internal conflict," the UAE Minister of State emphasised. "If we can offer stability, then we can proceed afterwards a little higher in the hierarchy of needs. On a foundation of stability, we can build a superstructure of moderation and cooperation. It can be done, and the UAE is a living example."

He went on to highlight the UAE's economic, scientific and cultural successes, from welcoming Pope Francis this year, to launching a probe next year to Mars, to hosting the World Expo in Dubai in 2020.

"What is important about this [Mars] mission is the message that it sends: that Arab countries can be just as progressive, just as global in their outlook, and just as ambitious for the welfare of their people, as any other – despite the chronic instability of our region," Dr. Gargash said, adding, "The Hope mission is at the core of what the UAE is attempting to do – to create stories of success, aspiration and positivity that can shatter stereotypes, inspire our region and stand as a counterpoint to the brutal and backward ideologies that drag it down."

Commenting on regional developments, Dr. Gargash explained the UAE’s conviction that Iran’s policies are damaging to the Arab World, and that the JCPOA was not suited to the task of containing them. He noted in his speech, "The nuclear deal signed in 2015 was a genuine effort to address one of the main concerns about Iran’s behaviour, but from our perspective in the region it did not tackle this dangerous ballistic missile programme or Iran’s regional policies - which include interference in Iraq, Syria and Lebanon and support for proxy forces including the terrorist group Hezbollah."

"The JCPOA did not deliver a peaceful and normal Iran," Dr. Gargash reiterated. "Today, we are faced with escalation in the region and bellicose rhetoric from Iran – which continues to foster and use sectarianism as a means to insert itself into the Arab world.

"Our response has been peaceful. We have cooperated fully with US sanctions, which we hope will influence Iran’s behaviour for the better. We have also signalled clearly our willingness to engage with Iran in a more positive spirit. When Iran suffered floods earlier this year, we were happy to give humanitarian aid to the victims."

On Yemen, Dr. Gargash reiterated the UAE’s commitment to achieving a political solution to the conflict and ending military hostilities, despite ongoing Houthi violations including stealing food and other supplies from the civilian population, as documented by the World Food Programme. He said that the UAE is working hard with the UN Special Envoy to make progress on the political front.

Dr. Gargash also referred to events in Sudan and Libya while also observing that the lesson of the Arab Spring is that countries must answer the will of the people while also maintaining institutional stability.

"The great challenge in these countries, as we can see from the experience of the Arab Spring, is: how can popular change be achieved while maintaining institutional stability?"

Noting the transformation that took place in Eastern Europe in the 1990s, Dr. Gargash remarked, "There is a great difference between the revolutions that took place here – where a prior democratic tradition existed, and violent religious extremism did not; where a security umbrella was provided by NATO, and economic prosperity was promised by the European Union – and the Middle East."

The UAE supported peacekeeping operations in the Balkans after the Bosnian War and Kosovo War in the late 1990s.

"In our region, we will need a longer and different journey. The UAE’s experience of its own development and of the wider region, tells us that change in our region must come through evolution," he explained.

"That is not an excuse for standing still. We need to work hard at creating an effective governance model that can withstand the test of time. It does not need to be European or Far Eastern in its inspiration. But it should be a model that can bring justice, opportunity and economic prosperity."

During the keynote address, he highlighted the importance of Europe and the UAE working together to learn from each other’s experiences and histories, and to foster increased economic stability, prosperity and mutual security.

Total UAE-EU trade is around EUR50 billion per year. The UAE began taking part in maritime exercises with visiting NATO ships in 2008. It currently holds an observer status in NATO.

In 2018, the UAE Ministry of Foreign Affairs and International Cooperation and the European External Action Service, EEAS, signed a cooperation agreement to intensify political dialogue and strategic coordination on issues of mutual interest.