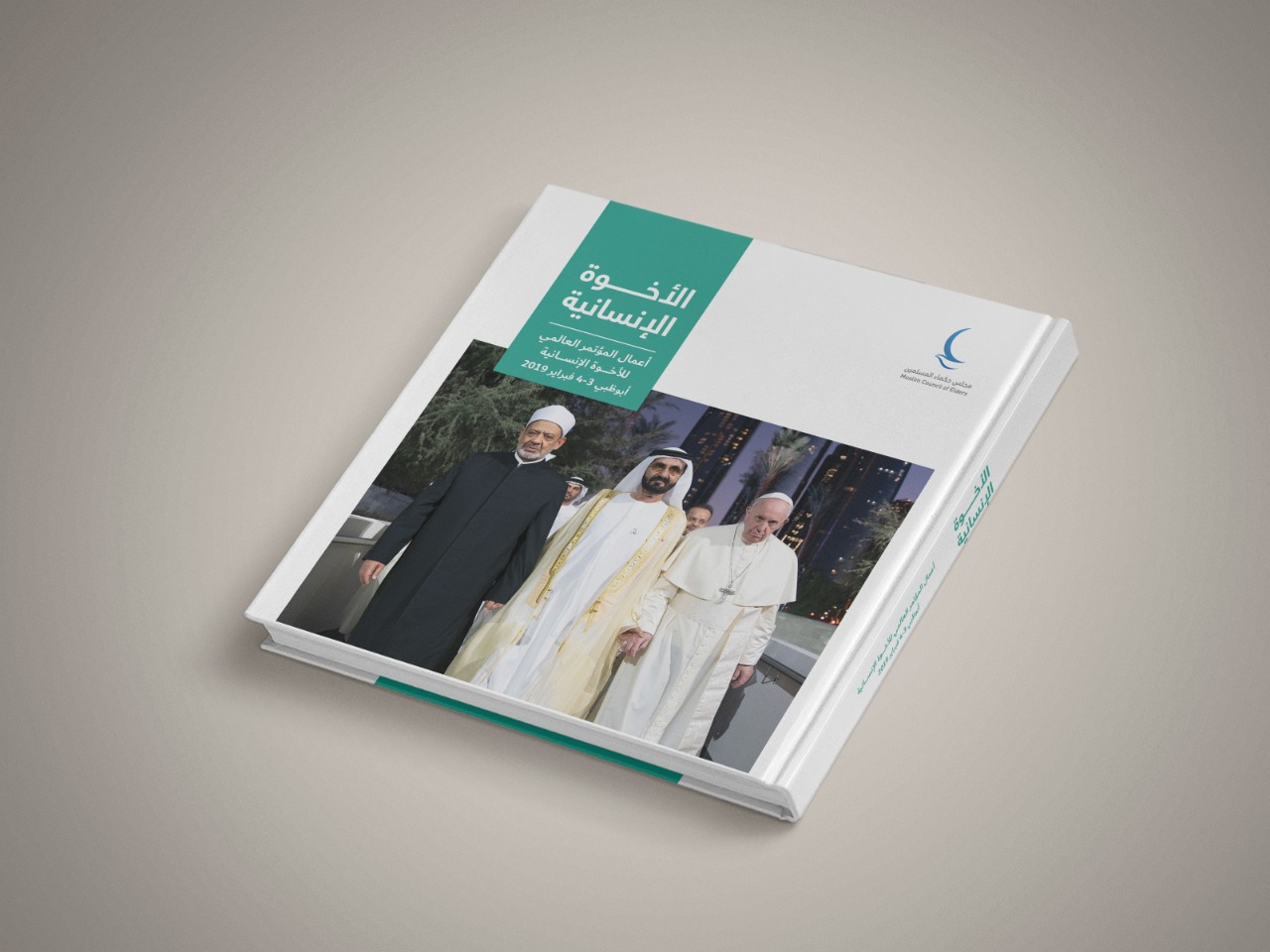 ABU DHABI, 22nd July 2019 (WAM) - The Muslim Council of Elders has published a book on the works of the ‘Global Conference of Human Fraternity’ which was held on the 3rd and 4th of February 2019 in the Capital of the United Arab Emirates, Abu Dhabi.

The two-day conference saw over 700 participants from 16 different religions participate and discuss ways to improve human fraternity in the world.

The ‘Global Conference of Human Fraternity’ coincided with the historic visit to the United Arab Emirates by His Holiness Pope Francis, Pope of the Catholic Church, and the ‘Human Fraternity Meeting’ with His Eminence Dr Ahmed El-Tayeb, the Grand Imam of Al-Azhar and Chairman of the Muslim Council of Elders.

The 474-page book is set to be published in Arabic and English and features 50 speeches examining the importance of human fraternity and ways of promoting and spreading peace and coexistence around the world.

The wide array of speakers featured during the two days of dedicated public sessions and workshops offers a unique insight into contemporary issues facing followers of different religions and faiths.

The book features the opening speeches from the ‘Human Fraternity Meeting’ by His Highness Sheikh Mohammed bin Rashid Al Maktoum, Vice-President and Prime Minister of the UAE and Ruler of Dubai, as well as Pope Francis and Grand Imam of Al-Azhar and Chairman of the Muslim Council of Elders. The book also features a copy of the ‘Human Fraternity Document’ which was signed by Pope Francis and the Grand Imam.

Commenting on the publishing of the new book, Dr Sultan Al Remeithi, Secretary General of the Muslim Council of Elders, said, "The ‘Human Fraternity Document’ represents a set of moral values that all humans from different backgrounds can follow to coexist peacefully with their neighbours. Likewise, the discussions that took place at the ‘Global Conference of Human Fraternity’ can be regarded as a basic guide to human fraternity from various viewpoints and opinions."

Al Remeithi continued, "This book serves as a guide to the concept of ‘human fraternity’ and can be useful to policymakers as well as leaders in the intellectual and media fields as it takes an in-depth look at the challenges and opportunities facing human fraternity."

He concluded by saying, "It is our hope that this conference is the start of further initiatives aimed at promoting tolerance, coexistence and human fraternity between the followers of different faiths and religions and to counter the evils of extremism and hate."