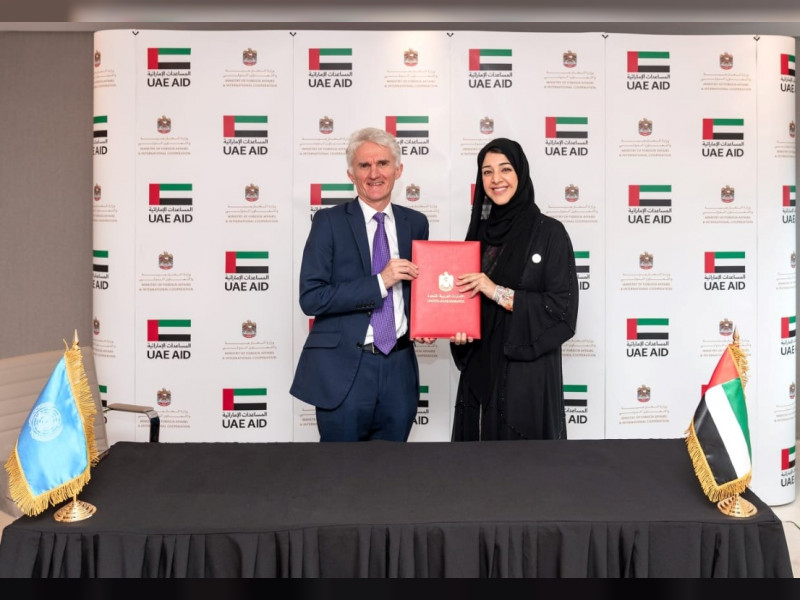 ABU DHABI, 24th November, 2019 (WAM) -- Under the framework of the UAE’s efforts to support the Yemeni people, the country has contributed AED367 million, equivalent to US$100 million, to the United Nations Humanitarian Response Plan in Yemen 2019, bringing the total aid contributed by the UAE to over AED22 billion (US$6 billion).

Reem bint Ibrahim Al Hashemy, Minister of State for International Cooperation, signed a Memorandum of Understanding to support the UN plan. It was also signed by Mark Lowcock, Under-Secretary-General for Humanitarian Affairs at the UN Office for the Coordination of Humanitarian Affairs, OCHA, and Emergency Relief Coordinator.

Al Hashemy stressed that the funding is part of the UAE's pledges to support the UN’s humanitarian efforts in Yemen to reach the neediest groups, especially women and children.

Lowcock praised the UAE’s generous support for the plan, pointing out that the contribution will provide a lifeline for millions of Yemenis.

The contribution will cover humanitarian sectors based on needs assessments in providing local healthcare, especially to the most vulnerable groups, which are women and children.

It will also reduce the spread of cholera by providing mothers and children with clean water and prevent malnutrition, in cooperation with the World Health Organisation, WHO, the United Nations Children's Fund, UNICEF, and the United Nations Population Fund, UNFPA.