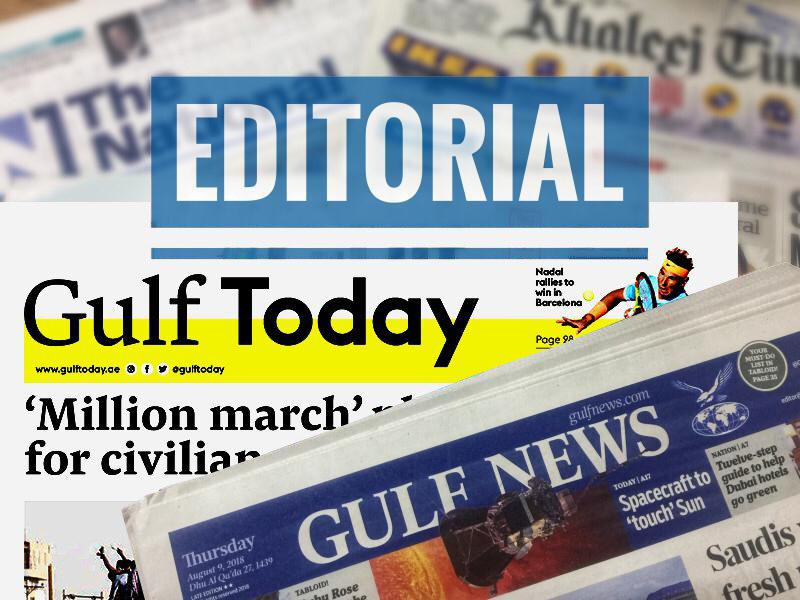 ABU DHABI, 13th December, 2019 (WAM) -- A UAE newspaper has said that protection of environment and sustainable development are key topics that receive great attention from the UAE government right from the beginning.

"A clean and green environment will not only be beneficial for humanity, but also help protect endangered species, fish, and water from pollution, contributing to food security, and increasing the productivity of agricultural crops as a result of the elimination of chemical and gas contaminants," said The Gulf Today in an editorial on Friday.

On the sidelines of the 25th Conference of the Parties, COP25, to the United Nations Framework Convention on Climate Change, UNFCCC, Dr. Thani bin Ahmed Al Zeyoudi, Minister of Climate Change and Environment, convincingly emphasised the importance of prioritising efforts to help vulnerable countries in the developing world adapt to the impacts of climate change. He said that the international community must join forces and work seamlessly to provide the technologies, scientific research, and capacity building needed to address the climate emergency.

COP25 comes at a time when tragic extreme weather events in various regions dominate the news, and with the deadline for countries to strengthen their nationally determined contributions, NDCs, under the Paris Agreement just around the corner. Expediting and intensifying adaptation measures undoubtedly seem to be the only viable way of protecting the future of all mankind.

The UAE has a proven track record of working towards securing a climate-safe future, and has always fulfilled its commitments under the Paris Agreement regarding drafting as well as upgrading its NDCs.

Al Zeyoudi well presented an overview of the country’s achievements in this area in the past year. Globally, these included hosting the Abu Dhabi Climate Meeting as a precursor to the UN Climate Action Summit 2019, and upgrading its NDCs to achieve a target of 50 percent clean energy in its total energy mix by 2050, generated from renewable and nuclear power sources.

Locally, the country commenced operations at the 1.1GW Noor Abu Dhabi solar plant, announced a new venture in the capital with a capacity of 2GW that is already in the works, and continues to work on the Mohammed bin Rashid Al Maktoum Solar Park that will add 5GW to the grid upon completion.

The need to boost sustainability-driven investments and financing should never by underestimated as it helps expedite the transition to a green economy and create a better future for present and future generations.

The minister rightly referred to the launch of the Dubai Green Fund, with the goal of raising $27 billion to fund green projects in the emirate. Dr. Al Zeyoudi noted the First Abu Dhabi Bank as an example of best practice, where it financed $10 billion for green businesses over the next several years, as well as its issuance of a $587 million 5-year green bond in 2017. HSBC Middle East and Emirates NBD have also introduced green auto loans to promote hybrid or electric vehicles.

Tackling sustainability-related challenges could save the global economy up to $30 trillion, as per estimates, and help prevent millions of people being displaced due to climate change.

The UAE Energy Strategy 2050 seeks to bring the share of clean energy in the total energy mix to 50 percent, while the National Climate Change Plan of the UAE streamlines the concept of climate change mitigation and adaptation across the government and private sector.

"The UAE is on right track having adopted a series of ambitious strategies, including the UAE Vision 2021, to promote sustainability," concluded the Sharjah-based daily.