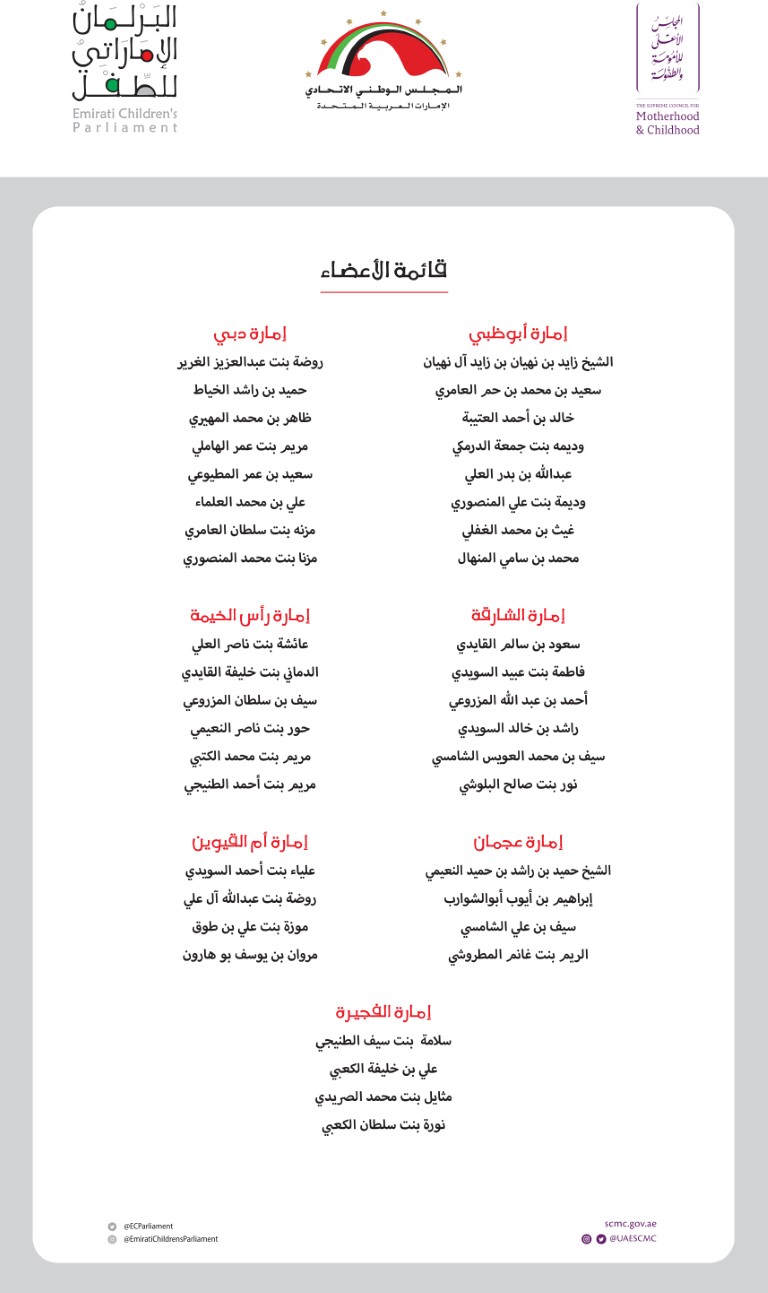 The announcement coincides with the UAE’s celebration of the annual Emirati Children’s Day on 15th March.

In February, the SCMC announced the establishment of the parliament, upon an agreement signed with the Federal National Council, FNC, and in line with the political empowerment programmes launched by President His Highness Sheikh Khalifa bin Zayed Al Nahyan, under the slogan of this year’s Emirati Child’s Day, "The Right to Participate."