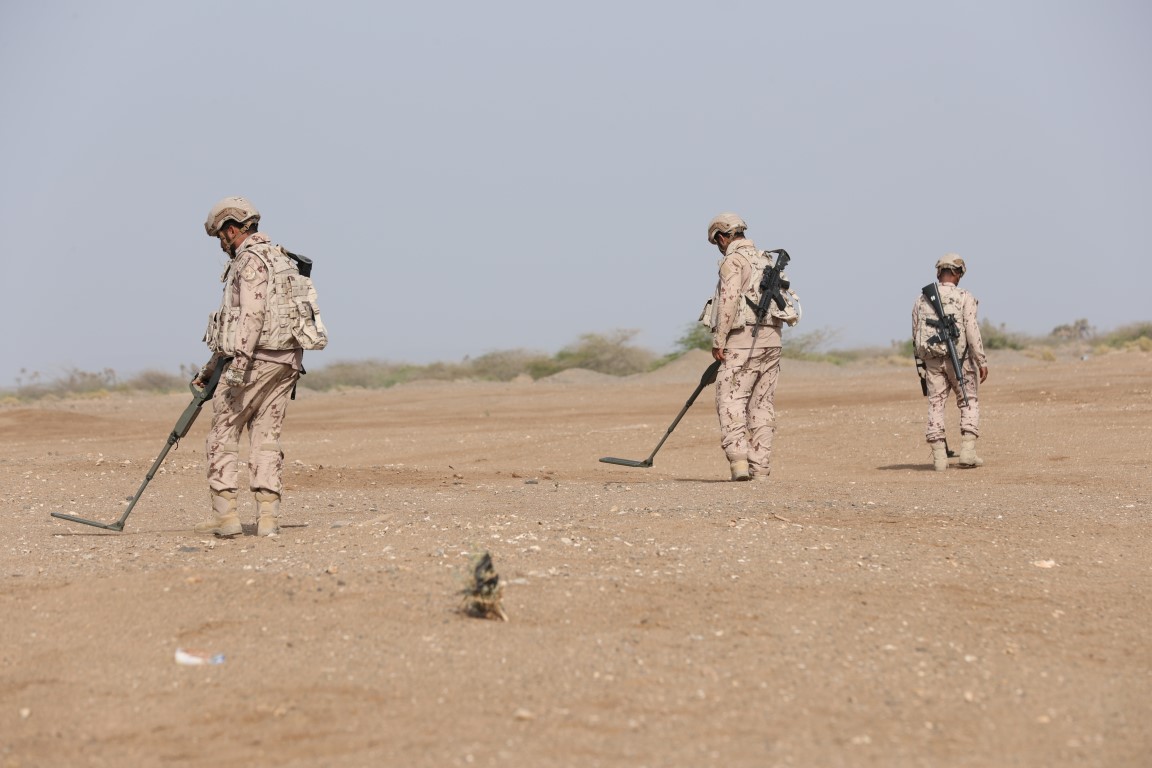 ABU DHABI, 3rd April, 2020 (WAM) -- The UAE has played a key role in supporting global and regional demining efforts, as well as in reducing the social and economic effects of mines, especially in Yemen, Lebanon, Afghanistan, Kosovo and Kuwait.

In observance of the International Mine Awareness Day on 4th April, the Emirates News Agency, WAM, highlights the country's tremendous efforts to remove mines in these countries and help their people to resume daily life without risks posed by mines.

In Yemen, since the first days of ''Operation Restoring Hope'', UAE Armed Forces experts cleared and deactivated tens of thousands of landmines, explosive remnants of war and improvised explosive devices, IEDs, in liberated areas. The efforts helped swift delivery of humanitarian assistance and brought life back to normalcy.

The UAE was keen to exchange its demining expertise with Yemeni personnel and held many relevant workshops to train Yemeni volunteers.

The UAE has also helped to raise awareness about this issue, and a field engineering team from the UAE Armed Forces conducted awareness campaigns for the residents of Yemen’s liberated areas about the dangers of mines and explosive.

In 2018, Andrea Recchia, Head of Sub-Office of United Nations Office for the Coordination of Humanitarian Affairs in Yemen, praised the UAE’s efforts in rescuing Yemeni citizens, as well as its role in clearing mines in the liberated areas, which saved the lives of civilians.

In Lebanon, the UAE launched a project, titled, "Demining and Cluster Bomb Removal from the South," which took place from 2006 to 2009, at a cost of US$50 million. The project included the clearing of over three million square metres of land and over 26,000 anti-personnel mines, while 176 minefields were cleared and delivered to local people.

In 1991, the UAE Armed Forces - following the liberation of the GCC state - made significant contributions to demining efforts.

In Afghanistan, the UAE launched a demining project in Kandahar worth around $27.8 million, which continued from September 2011 to October 2013 and cleared over 72 minefields.

The UAE demining efforts allowed local populations to move safely and use the land cleared of explosive ordnance for agriculture.

In Kosovo, the UAE peace-keeping force exerted commendable efforts to clear mines during its mission from 1999 to 2001.

In his message on the day, António Guterres, the UN Secretary-General, said, ''Mines, explosive remnants of war and improvised explosive devices threaten some of the most vulnerable people in society, such as women travelling to markets, farmers herding cattle, and humanitarian workers trying to reach those most in need.'' ''Moreover, the achievements of the mine action community show that in working together, we can reach milestones once seen as impossible – a timely message for our efforts today to suppress transmission of the pandemic.'' ''So let us remember the people living under the shadow of explosive ordnance, from Syria to Mali and elsewhere. As many people around the world work safely from home, they will remain exposed and vulnerable. And, when the world emerges from today’s crisis, they will continue to need our support,'' he said in conclusion.

On 8th December, 2005, the General Assembly declared that 4th April each year will be observed as the International Day for Mine Awareness and Assistance in Mine Action.

It called for continued efforts by states, with the assistance of the United Nations and relevant organisations, to foster the establishment and development of national mine-action capacities in countries where mines and explosive remnants of war constitute a serious threat to the safety, health and lives of the civilian population, or an impediment to social and economic development at the national and local levels.