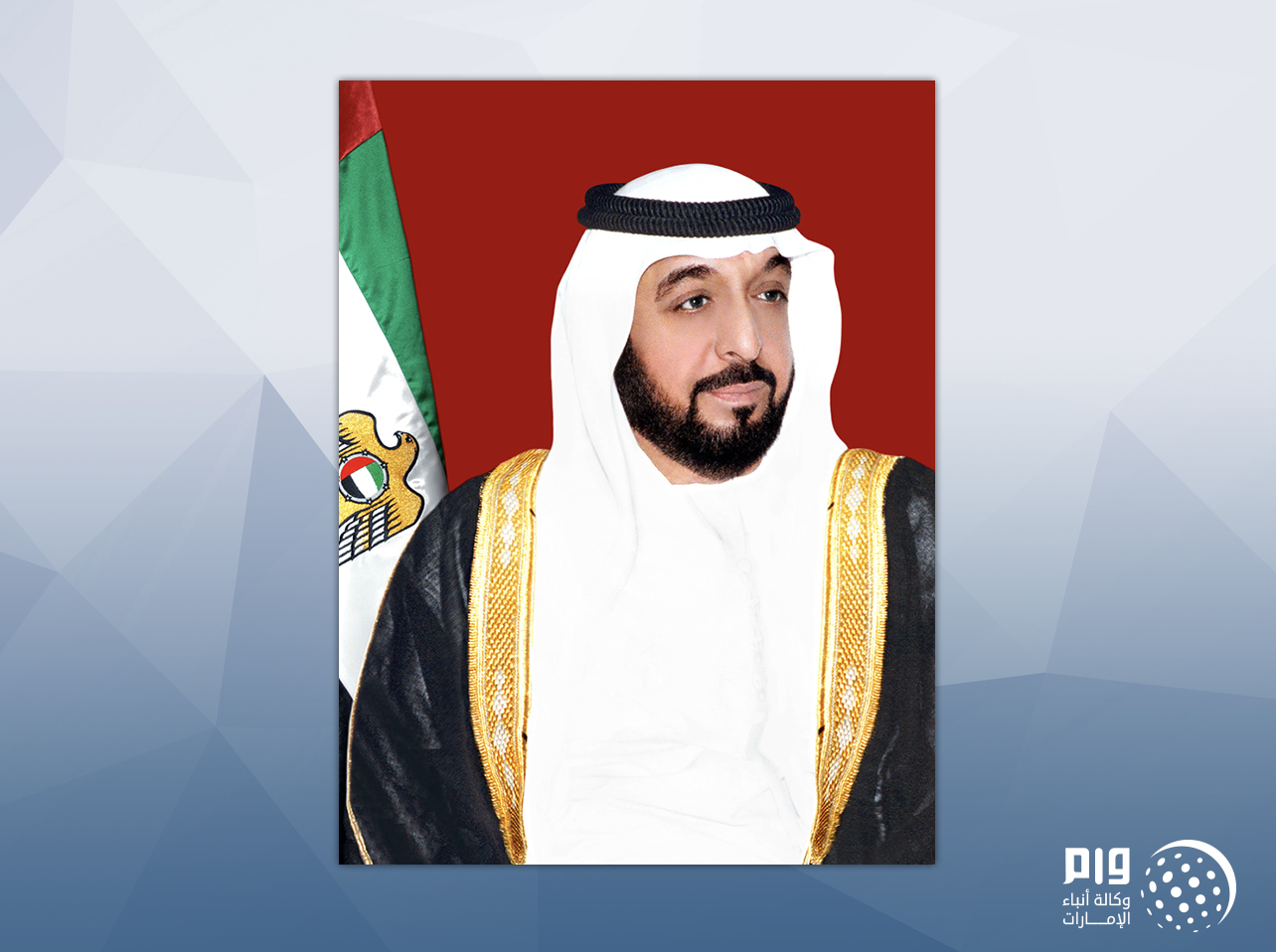 ABU DHABI, 1st August, 2020 (WAM) -- President His Highness Sheikh Khalifa bin Zayed Al Nahyan has commended the success made by Emirati cadres in operating the Unit 1 of the Barakah Nuclear Energy Plant, the Arab world's first plant for peaceful nuclear energy, as a moment of pride and the most historic achievement in the UAE’s peaceful nuclear energy programme.

President His Highness Sheikh Khalifa bin Zayed, said: "This milestone, which comes a few days after the launch of the Hope Probe, confirms that our state – guided by Emirati cadres – is steadily progressing ahead with well-weighed plans towards building a robust knowledge base in all fields."

He congratulated those responsible for the programme which, he said, endows "our scientific research institutions" with a wealth of knowledge and extensive experience.

"Fortunately, what we've achieved today and recently, is going side by side with the Golden Jubilee celebrations marking the historic union of our nation," the President continued.

"We are proud of this achievement and confident in the abilities of our young scientists...It is one of the inspiring moments we live today that will be remembered with great pride by generations to come."

The President stressed that this achievement, which was made by the true and active participation of national competencies, constitutes a qualitative addition of high value that establishes the status of our state in this vital sector, which is the exclusive domain of a few countries.

He expressed his pride and appreciation for what has been achieved on the ground, which, he said, gives "our children" the enthusiasm and strong motivation to move forward in completing the rest of the mission with the same will and determination.

"Our State believes that investing in science and in the capabilities of youth is a successful bet to win and delivering the future."

The President congratulated His Highness Sheikh Mohammed bin Rashid Al Maktoum, Vice President, Prime Minister and Ruler of Dubai; His Highness Sheikh Mohamed bin Zayed Al Nahyan, Crown Prince of Abu Dhabi and Deputy Supreme Commander of the UAE Armed Forces, Their Highnesses Supreme Council Members and Rulers of the Emirates, and the UAE people on this glorious event during which, he said, "we recall the late Sheikh Zayed bin Sultan Al Nahyan and the other Founding Fathers who laid the solid foundations for a state that is able to head towards the future."