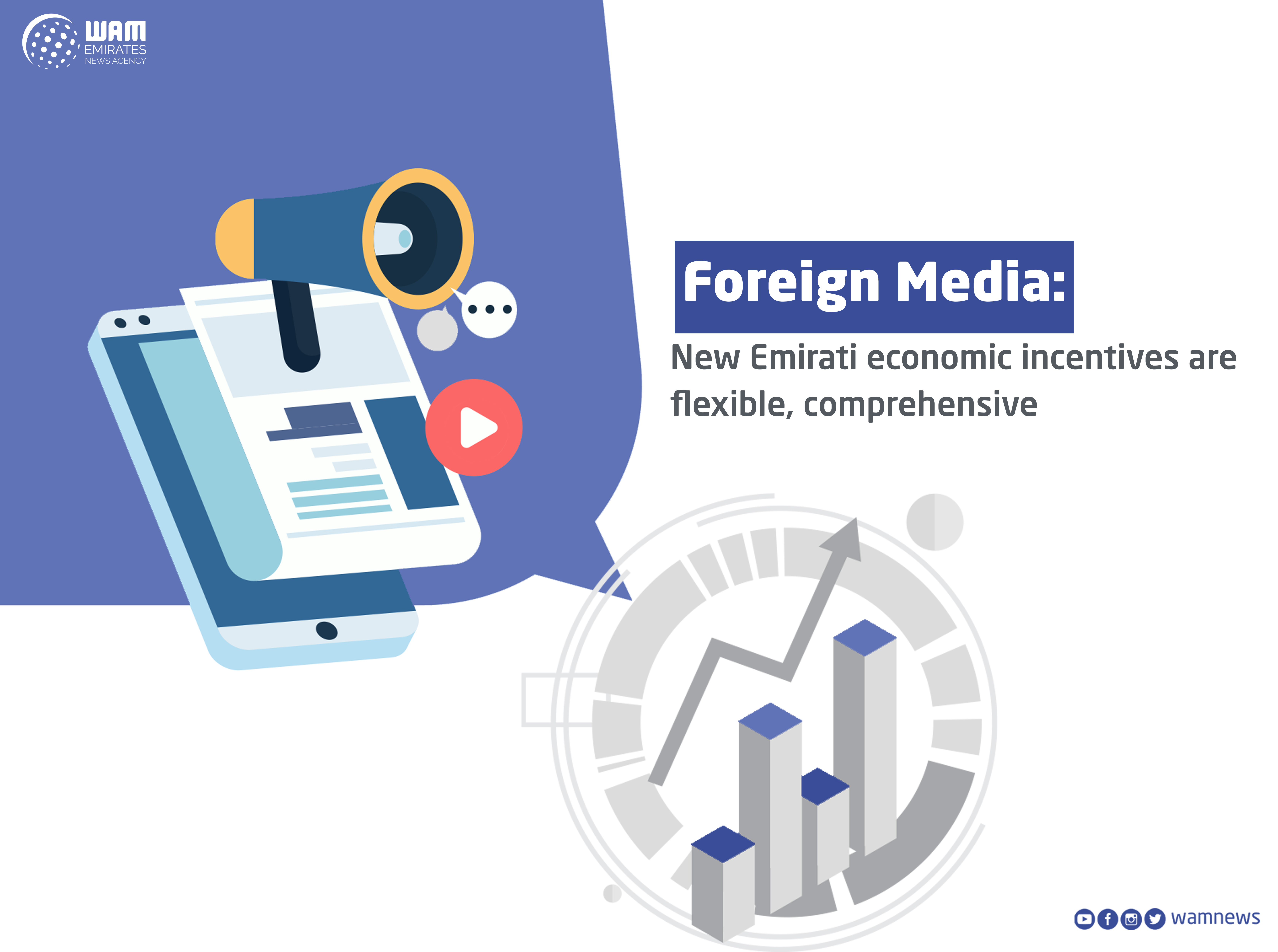 ABU DHABI, 9th August, 2020 (WAM) -- The new support initiatives launched by the Ministry of Economy, organised by a committee chaired by Abdullah bin Touq Al Marri, Minister of Economy, with the participation of relevant authorities, are key additions to the series of incentives adopted by the UAE to support its economic sectors, and were recently described by the foreign media as flexible and comprehensive.

Bloomberg mentioned Al Marri’s planned economic incentive packages, noting that the UAE had previously launched a package of measures and initiatives, including AED256 billion from the UAE Central Bank to support companies and banks.

The timely implementation of these initiatives was reflected by figures that show improvements to the UAE’s economy in the past month, according to Purchasing Managers' Index, PMI, data compiled by IHS Markit last week.

The plan to support the country’s economic sectors, which was approved by the UAE Cabinet, comprises 33 key initiatives and aims to adopt eight pillars over three stages.

The Economy Minister declared that it will launch initiatives to respond to the requirements of the current economic situation, while creating a safe and stable economic environment aimed at generating new investment opportunities.

The plan will also monitor global developments in light of the current circumstances, along with public behaviours and their effects on business activities, as well as oil price forecasts.

The Ministry of Economy also launched networking initiatives, in cooperation with the Federal Competitiveness and Statistics Authority and local and federal partners, to promote organisational partnerships that will reinforce the country’s position among the region’s largest economies.