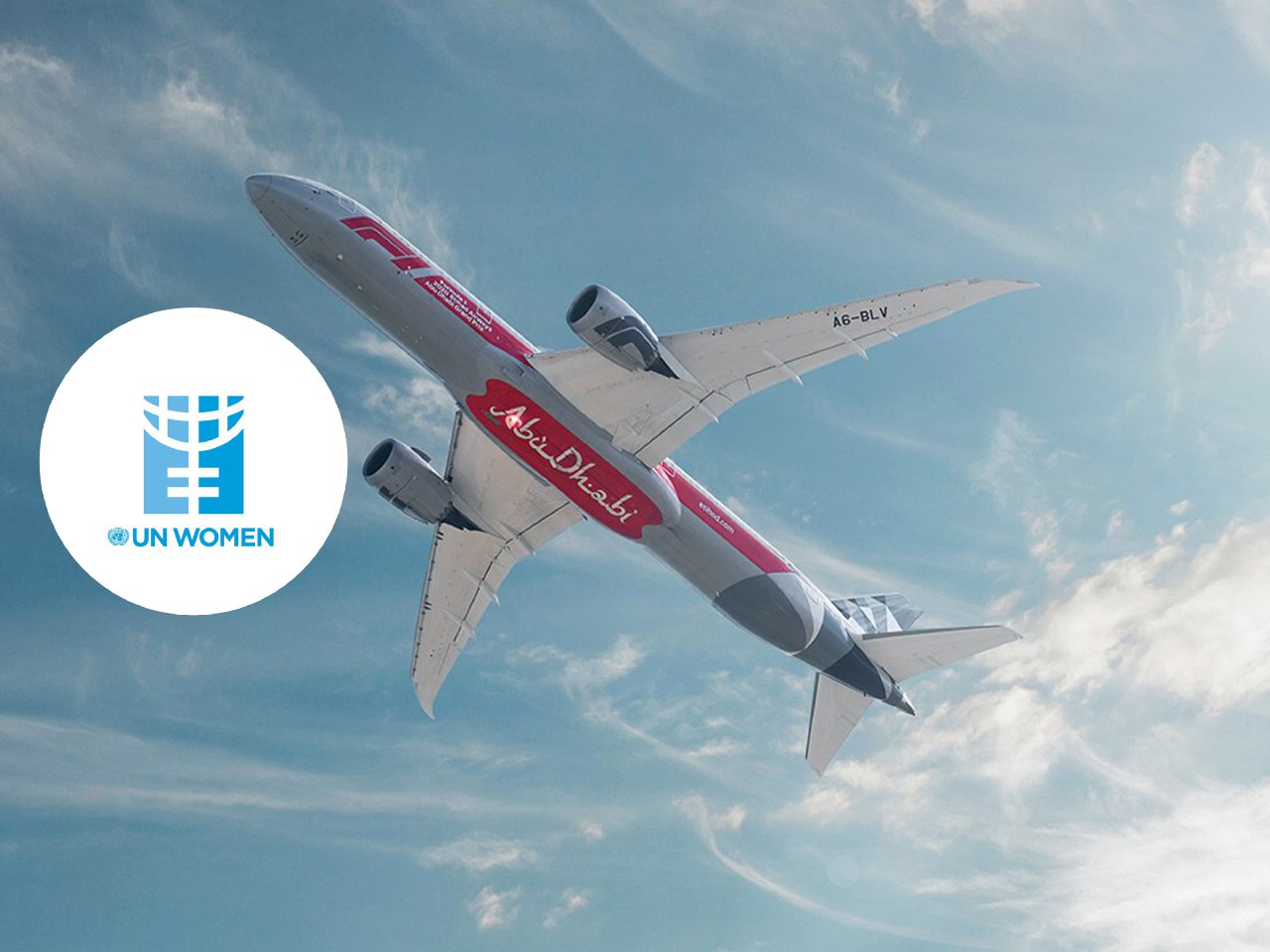 The Etihad Aviation Group joins UN Women in the Generation Equality campaign, committed to engaging passengers, employees, and the public in this historic campaign that promotes women's rights for an equal future. Beginning in January 2021, Etihad Aviation Group will provide global visibility to the Generation Equality campaign on flights through in-flight entertainment and broadcasting scripts through flight attendants, inviting all to get involved in this campaign with the ambition of empowering the next generation of advocates for women’s empowerment.

This partnership follows the recent launch of the UN Women-convened 'Unstereotype Alliance UAE National Chapter', a thought and action platform that seeks to eradicate harmful gender-based stereotypes in all media and advertising content. Etihad Aviation Group serves as a Founding Member of this initiative.

Dr. Mouza Al Shehhi, Director, UN Women Liaison Office for the GCC, said, "UN Women is delighted with this new partnership with Etihad Aviation Group – our first-ever airline partnership as a global organisation. More than 200 nationalities live in the UAE, and Etihad’s employees come from over 150 countries - in essence, their focus on diversity, tolerance, sustainability, and inclusion is a microcosm of the world and of the United Nations, making this a synergetic partnership for us."

Dr Nadia Bastaki, Vice President Medical Services and Corporate Social Responsibility, Etihad Aviation Group, said, "Etihad is proud to be the first airline to partner with UN Women, the global champion for women and the leading advocate for gender equality and female empowerment. The airline takes an active role in supporting and empowering women throughout the organisation. In March this year, Etihad pledged to increase its female employees by 25% by 2025 in the voluntary "25/25" campaign launched by the International Air Transport Association (IATA)."

This collaboration comes at the end of a symbolic year for the global women’s rights movement; in 2020 the global community celebrates 25 years since the adoption of the Beijing Platform for Action, where the most visionary agenda for the empowerment of women and girls everywhere was developed.

UN Women stands at the centre of mobilising governments, the private sector and civil society to keep the promises of the Beijing Platform for Action to all of society, committed to making gender equality a lived reality for all women and girls. UN Women is bringing together the next generations of those committed to women’s empowerment with the gender equality advocates and visionaries who were instrumental in creating the Beijing Platform for Action more than two decades ago. Collectively, these change makers can tackle the unfinished business of empowering women through a new, groundbreaking, multigenerational campaign: "Generation Equality: Realising women’s rights for an equal future."