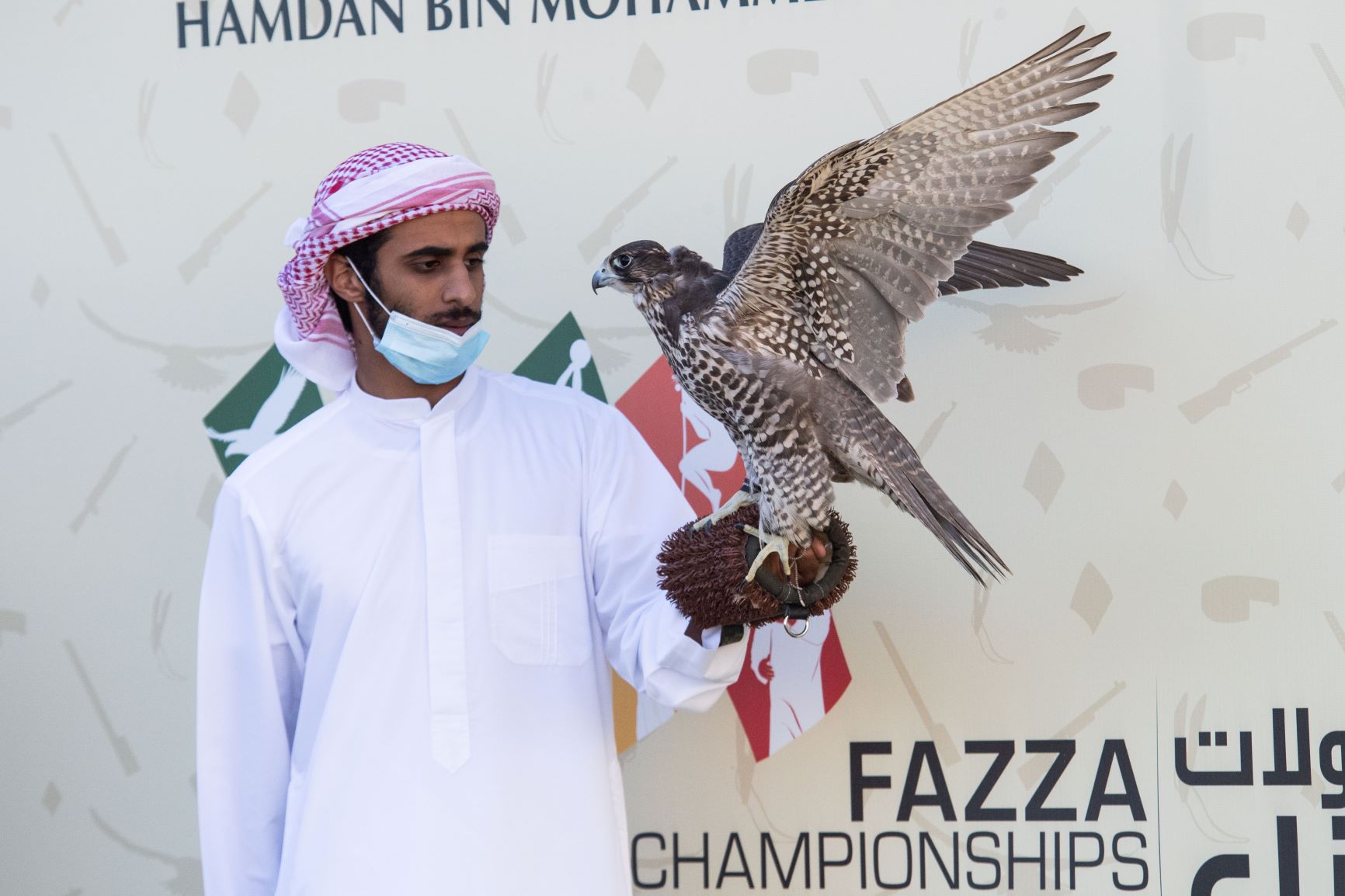 Antar competed in the tightly contested 400-metre race for Hur Jirnas and finished third with a time of 19.625 seconds.

Mansour Ali Al-Ketbi falcon edged Antar by only a split second to clinch first place with a time of 19.574 seconds, and followed in second place by Swaidan bin Demaithan falcon ‘S2’ that finished in 19.604 seconds.

"The participation Sheikh Hamdan’s falcons has added an atmosphere of joy and bolstered the sport of falconry in the UAE to greater heights," noted Suad Ibrahim Darwish, Director of Championships at HHC.

"Falconers sought to achieve the best times and highlight their strong competitive capabilities in this championship that is held under the patronage and support of His Highness Sheikh Hamdan," Darwish added.

Darwish also noted the new season of falconry is remarkable as it coincides with the UAE’s ‘World’s Coolest Winter’ campaign, a 45-day campaign aimed at promoting the UAE as diverse winter destination.

She underlined, "Falconry defines the UAE’s rich cultural heritage and we are happy to present the championship in the best way possible to showcase the intangible Emirati culture. Over the years, the Fazza Championship for Falconry, organised annually by the HHC, has grown in size, popularity and prestige and is now recognised as a highly-anticipated annual gathering of the best falconers from across the region and beyond."