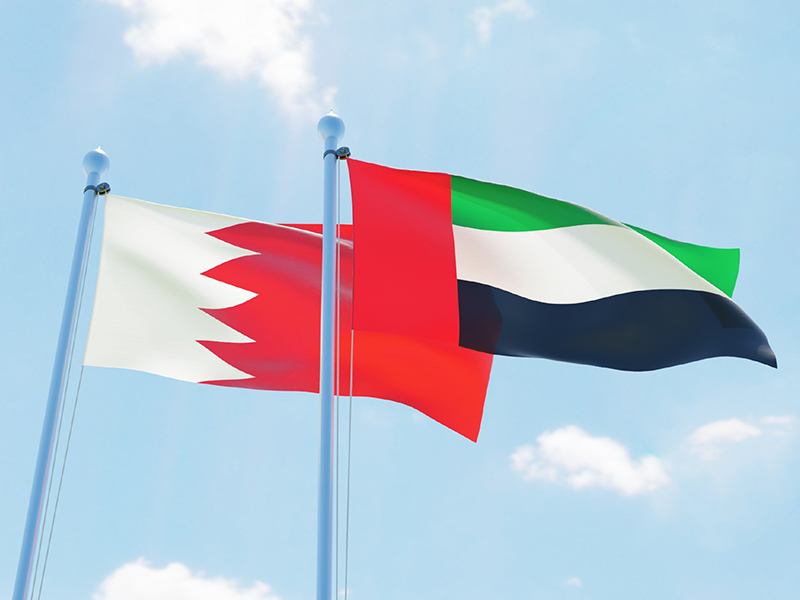 MUHARRAQ, Bahrain, 31st January, 2021 (WAM) -- The United Arab Emirates and Bahrain have opened 'The Green Corner', a cultural project implemented as part of the initiatives commemorating the Founding Father, late Zayed bin Sultan Al Nahyan and in honour of his role in strengthening relations between UAE and Bahrain.

The project is one of the sites under the Sheikh Ebrahim Centre for Culture and Research in Bahrain, and will be used to restore documents and paintings. The building also holds an archive of Art in Bahrain, which includes documents, books and pieces of art to record Bahrain’s rich heritage as well as a full environmental and ecological library – which explains why it’s called ‘The Green Corner.’ Participating in the opening ceremony were an Emirati delegation led by Noura bint Mohammed Al Kaabi, Minister of Culture and Youth , and representatives of the UAE Embassy and diplomatic mission in Bahrain.

"The UAE and Bahrain are bound by time-honoured ties, where the Kingdom lies in the heart of every Emirati. That's why we are here today, participating in the opening of this landmark project in the historical city of Muharraq where plastic and popular arts significantly contribute to strengthening sustainable development," said the UAE minister.

Located next to the Muharraq vertical garden, The Green Corner utilises specialised techniques and methods to preserve documents, serving as a landmark for the human heritage that reflects the richness of the literary and artistic movement.

For her part, Shaikha Mai bint Mohamed Al Khalifa, the Chairperson of the Board of Trustees of Sheikh Ebrahim Centre for Culture and Research in Bahrain, hailed the UAE's generous support for the project and thanked Minister of Culture and Youth for her sincere efforts to enhancing the deeply rooted cultural and historical relations between Bahrain and UAE.