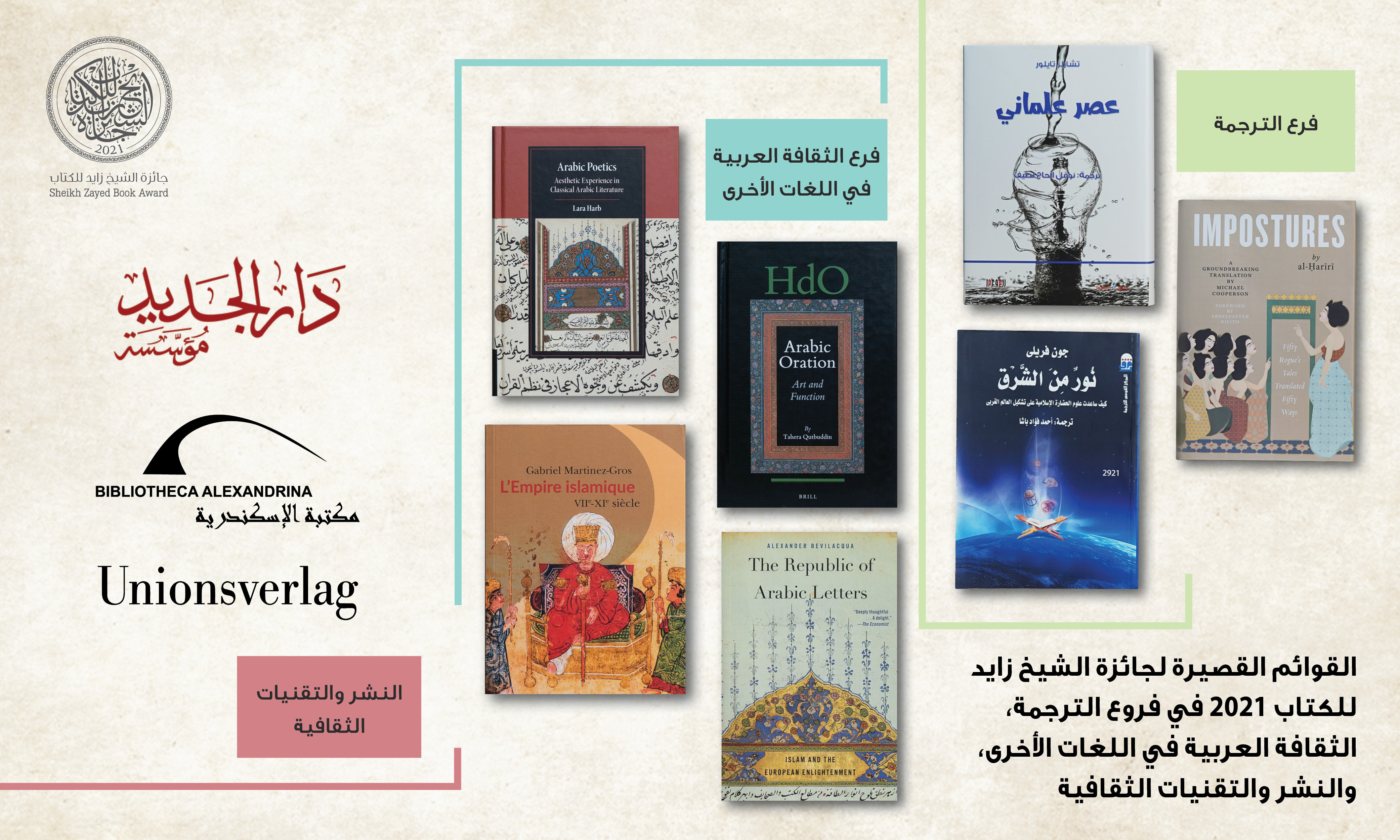 Three of the four titles in the ‘Arab Culture in Other Languages’ shortlist are in English, all by American authors. These are Arabic Poetics: Aesthetic Experience in Classical Arabic Literature by Lara Harb, published by Cambridge University Press in 2020; Arabic Oration: Art and Function by Tahera Qutbuddin, published by Brill Publishers in 2019; and The Republic of Arabic Letters: Islam and the European Enlightenment by Alexander Bevilacqua, published by Harvard University Press in 2018.

The 15th edition of Sheikh Zayed Book Award’s ‘Publishing and Technology’ category saw an increase of 82 percent in the number of submissions compared to the previous edition, with a total of 71, while the ‘Translation’ category received 175 entries. The ‘Arab Culture in Other Languages’ received 116 submissions this year, which represents a 41 percent increase compared to the 14th edition of the award.

The Award will be announcing shortlists for its other categories in the coming weeks.