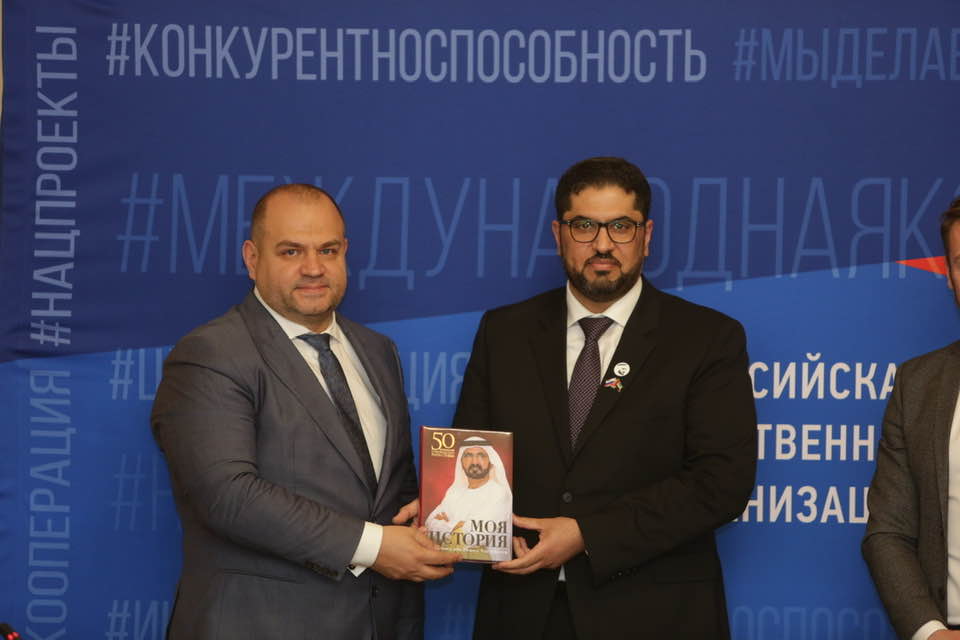 The meeting was initiated by Maksim Zagornov, Business Ambassador of Business Russia to the UAE. During the meeting, ways to strengthen the Russia-UAE business partnership were discussed, with a focus on cooperation within the framework of Expo 2020 Dubai.

Zagornov noted at the meeting that Russia and the UAE have long-standing and active political, trade, and economic ties. Today, the volume of trade between the countries amounts to approximately US$1.7 billion. Small and medium-sized businesses, including those of Business Russia, which currently brings together more than 7,000 fast-growing, highly efficient companies in non-resource sectors, can play an important role in increasing bilateral trade.

"Business Russia’s companies have always shown great interest in the United Arab Emirates. Russian businesses are attracted by the favourable geographic location of the UAE, an appealing tax regime, the availability of more than 30 free economic zones with comfortable business conditions, and the country’s well-developed infrastructure. Taking into account the fact that this year Expo 2020 Dubai will take place, interest in the UAE has increased even more, as the exhibition can serve as a catalyst for the launch of many joint projects," Zagornov stated.

For his part, Al Jaber confirmed that Expo 2020 Dubai will become a platform for productive dialogue between entrepreneurs from different countries. The ambassador listed the priority areas of cooperation for the UAE: food security, petrochemicals, healthcare and pharmaceuticals, IT and artificial intelligence, and the industrial sector.

Business Russia’s office in the UAE is currently engaged in eliminating barriers between entrepreneurs in Russia and the UAE and assisting companies seeking to enter each other’s markets. Moreover, Zagornov noted that significant progress has been made in recent years, with memoranda of understanding signed with the Sharjah and Abu Dhabi Chambers of Commerce, several business missions to the UAE organised, and two offices of the business ambassador opened in Dubai and Abu Dhabi.

The head of the representative office in Abu Dhabi, Alaa Zourob, greeted meeting participants via videoconference and assured entrepreneurs of his readiness to provide comprehensive assistance and support.

During the meeting, businessmen of Business Russia presented their projects to the UAE delegation. Pavel Titov, President of Business Russia, noted that the possibilities of economic cooperation between Russia and the UAE are practically limitless. "Today’s meeting lays a strong foundation for additional work. So far, the political will for friendship and cooperation between our countries is increasing the effectiveness of international trade and business partnerships. We would like Business Russia to act as a tool for the development of such cooperation," noted Titov.

Zagornov expressed his hope that this meeting with the UAE Ambassador would serve to strengthen bilateral relations in the wake of the COVID-19 pandemic.