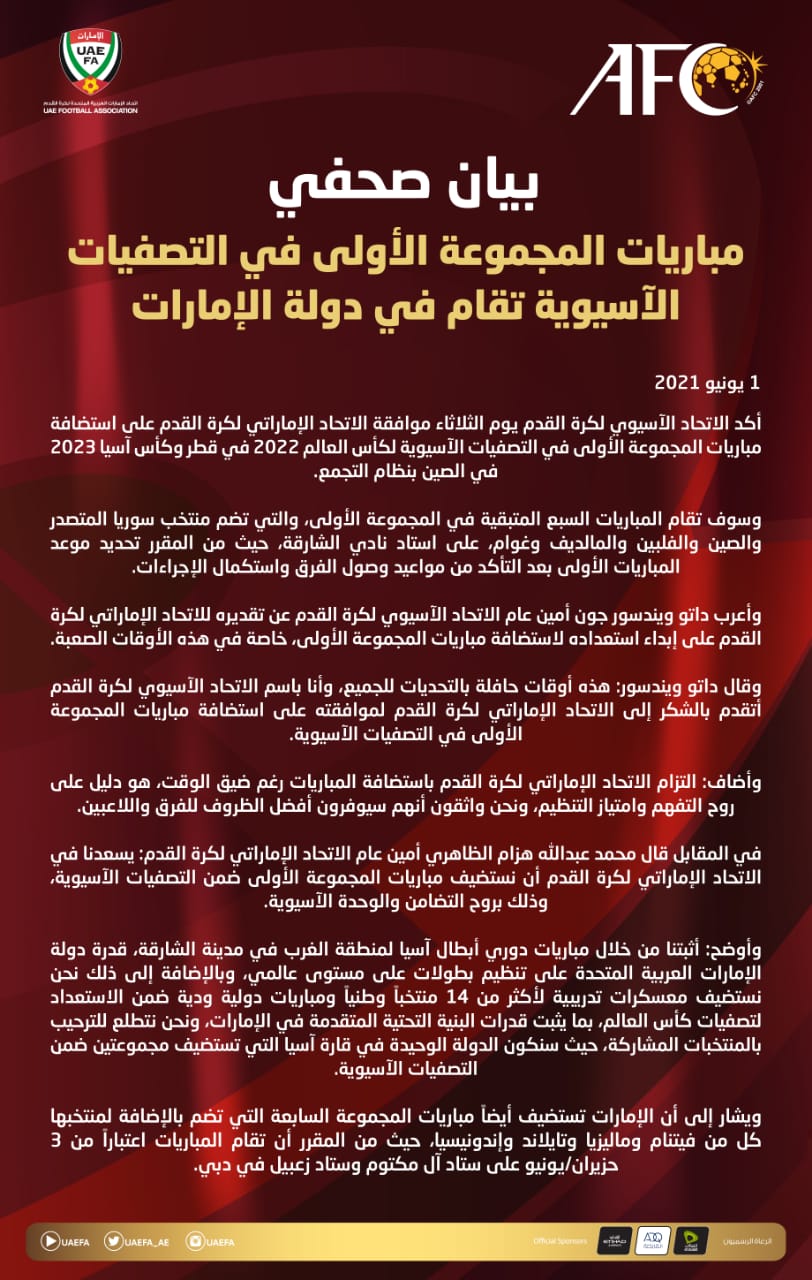 The seven remaining matches in Group A, which include leaders Syria, China, the Philippines, Maldives and Guam, will be held at the Sharjah Club’s stadium.

Dato’ Windsor John, Secretary-General of the AFC, expressed his appreciation for the UAEFA’s willingness to host the matches, especially during these difficult times.

John said, "These are indeed unprecedented times for everyone, and, on behalf of the AFC, I would like to thank the UAEFA for agreeing to host the Group A matches of the Asian Qualifiers."

"The UAEFA’s commitment to host the matches within such a short lead time is testament to their spirit of understanding and organisational excellence, and we are confident that they will provide the best possible environment for our teams and players," he added.

"We have demonstrated with the AFC Champions League (West) in Sharjah the capabilities of the United Arab Emirates in staging world-class competitions."

"In addition, we are hosting more than 14 national teams’ camps and international friendly matches in preparations for the World Cup Qualifiers, which proves the advanced football infrastructure in the UAE. We look forward to welcoming the participating teams and being the only country in Asia to hosts two groups of the Asian Qualifiers."