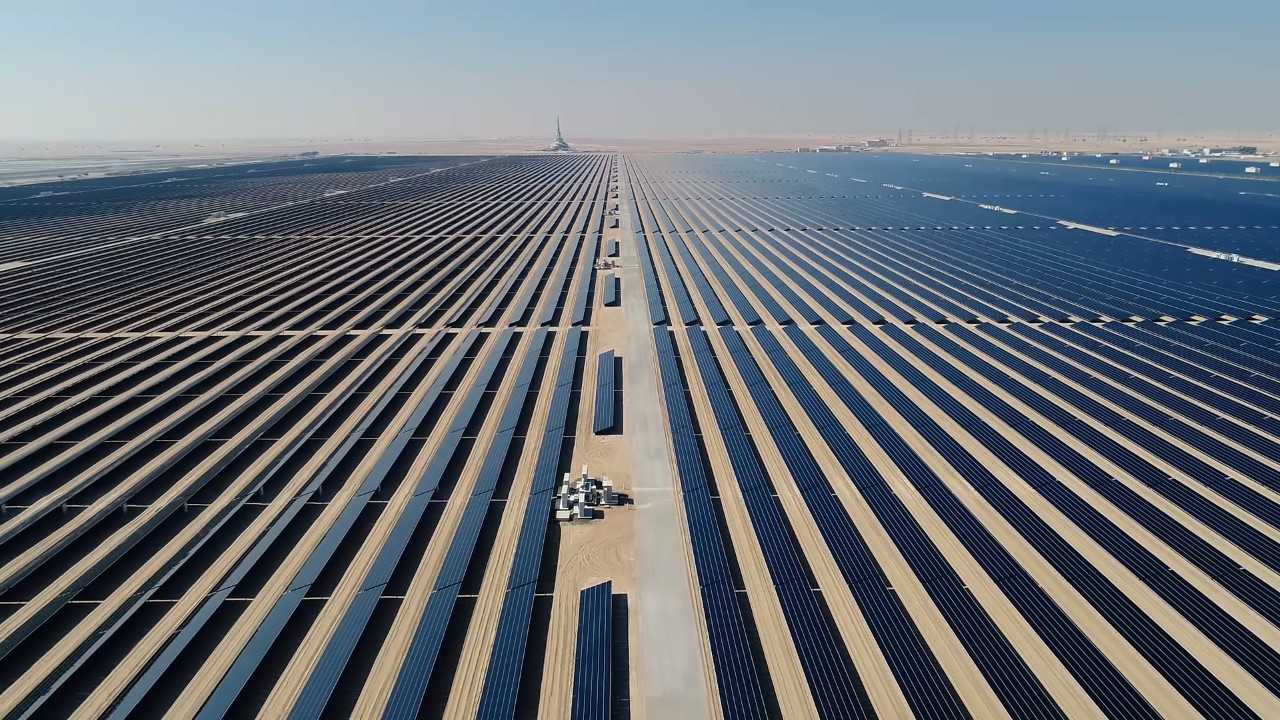 Al Tayer said that next July, DEWA will commission the 300MW first stage of the 5th phase of the Mohammed bin Rashid Al Maktoum Solar Park. DEWA will commission the world's tallest CSP tower at 262.44 metres with a capacity of 100MW in September and 200MW from the parabolic trough as part of the 4th phase of the solar park by the end of 2021. Therefore, DEWA will add 300MW from solar photovoltaic panels and 300MW from CSP. Clean capacity in Dubai’s energy mix will reach around 10 percent in July and 12 percent by the end of the year.

"At DEWA, our strategy and work plans are to promote sustainability, innovation, and the shift towards a green sustainable economy. The Mohammed bin Rashid Al Maktoum Solar Park is one of DEWA’s key projects to achieve this vision and increase the share of clean and renewable energy capacity in Dubai’s energy mix. This supports the Dubai Clean Energy Strategy 2050, which aims to provide 75 percent of Dubai’s total power capacity from clean energy sources by 2050," said Al Tayer.

Al Tayer emphasised that DEWA's major projects in cooperation with the private sector, based on the Independent Power Producer (IPP) model, contribute to the economic growth of the Emirate. Through this model, DEWA received the lowest solar energy prices (Levelised Cost of Energy) globally five consecutive times, making Dubai a global benchmark for solar power prices. DEWA has attracted investments of around AED40 billion from the IPP model.

Waleed Salman, Executive Vice President of Business Development and Excellence at DEWA, explained that the 4th phase of the Mohammed bin Rashid Al Maktoum Solar Park is the largest single-site investment project that combines CSP and photovoltaic technology using the IPP model. It is rated for 950MW with investments up to AED16 billion. This phase is characterised by the largest thermal energy storage capacity in the world of 15 hours, which allows for energy production round the clock.