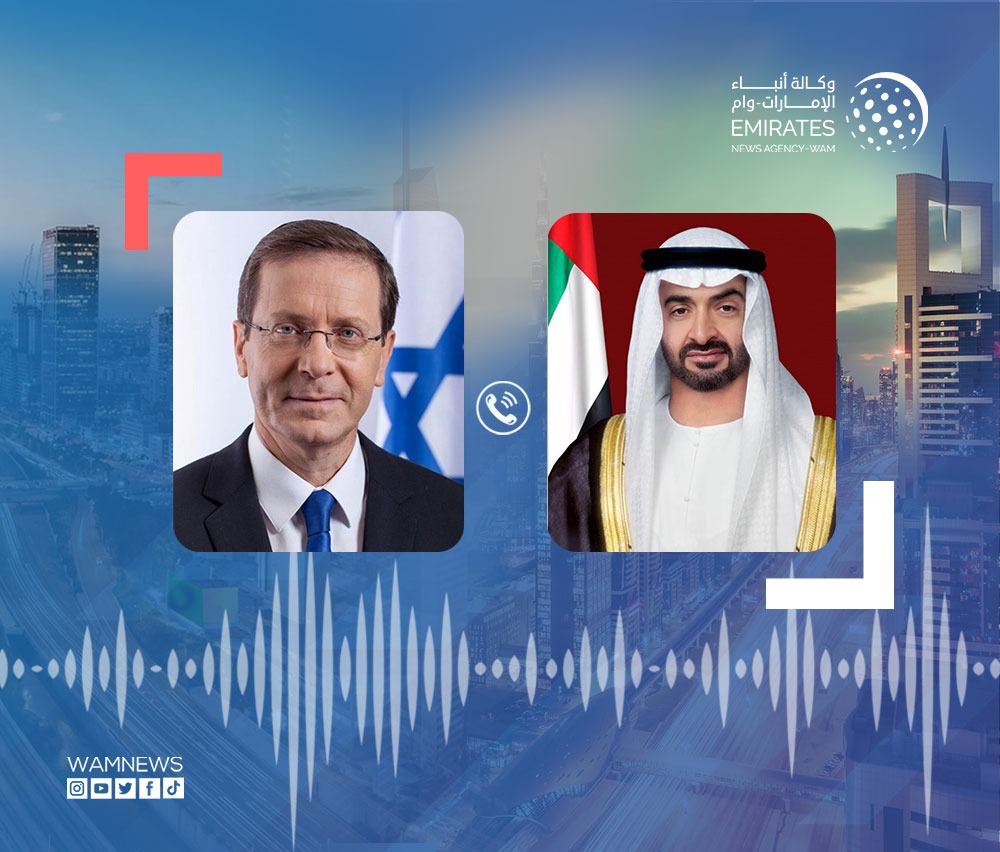 During the phone call, His Highness Sheikh Mohamed extended sincerest condolences to President Herzog and his family and to the people of Israel.

The President of Israel expressed deepest thanks and appreciation to Sheikh Mohamed bin Zayed for his sincere feelings and wished the UAE and its people further progress and prosperity.