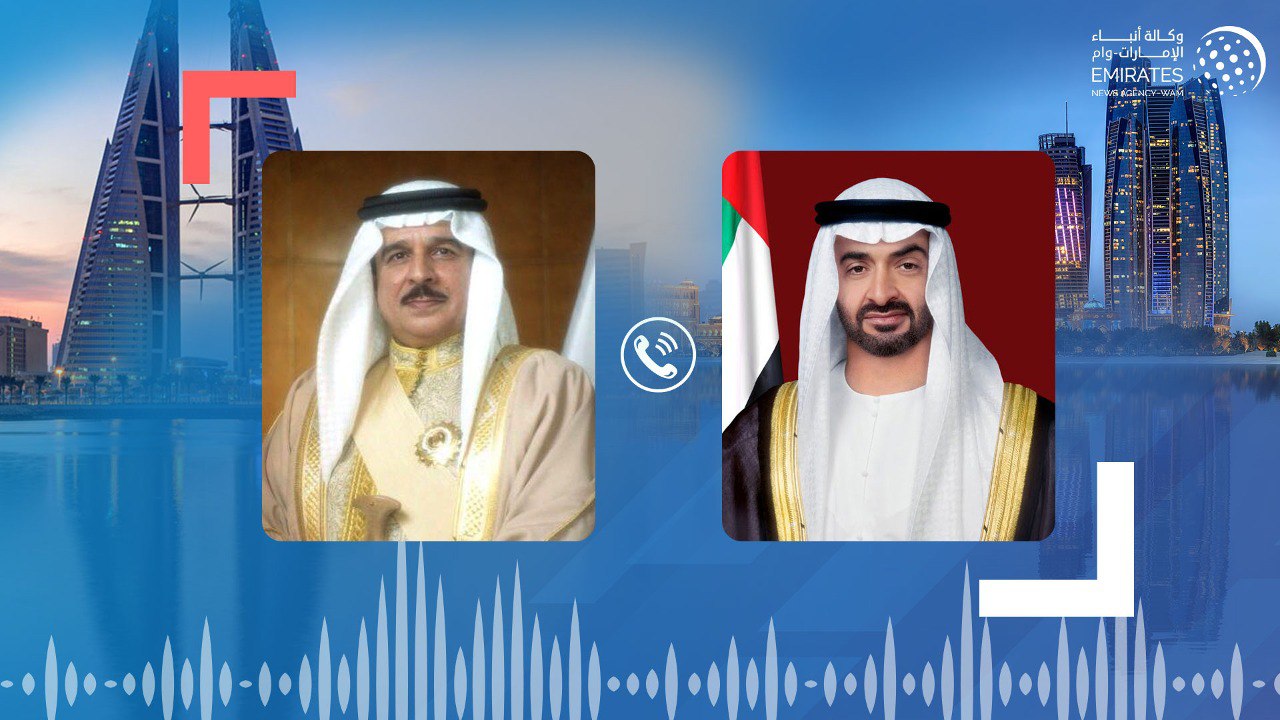 During the phone call, King Hamad reiterated Bahrain’s solidarity with the UAE in confronting all that threatens its security and stability, backing all measures against such terrorist acts in order to protect citizens and residents’ safety.

He extended deepest condolences on the victims of the heinous terrorist attack and wished the injured quick recovery, praying to Allah the Almighty to protect the UAE and its brotherly people from any harm and bless them with security and prosperity.

Sheikh Mohammed expressed thanks and appreciation to the King of Bahrain for his fraternal feelings towards the UAE and its people, which reflect their deep-rooted bilateral relations.

He wished the Kingdom of Bahrain and its people further development, progress and prosperity under HM the King’s wise leadership.