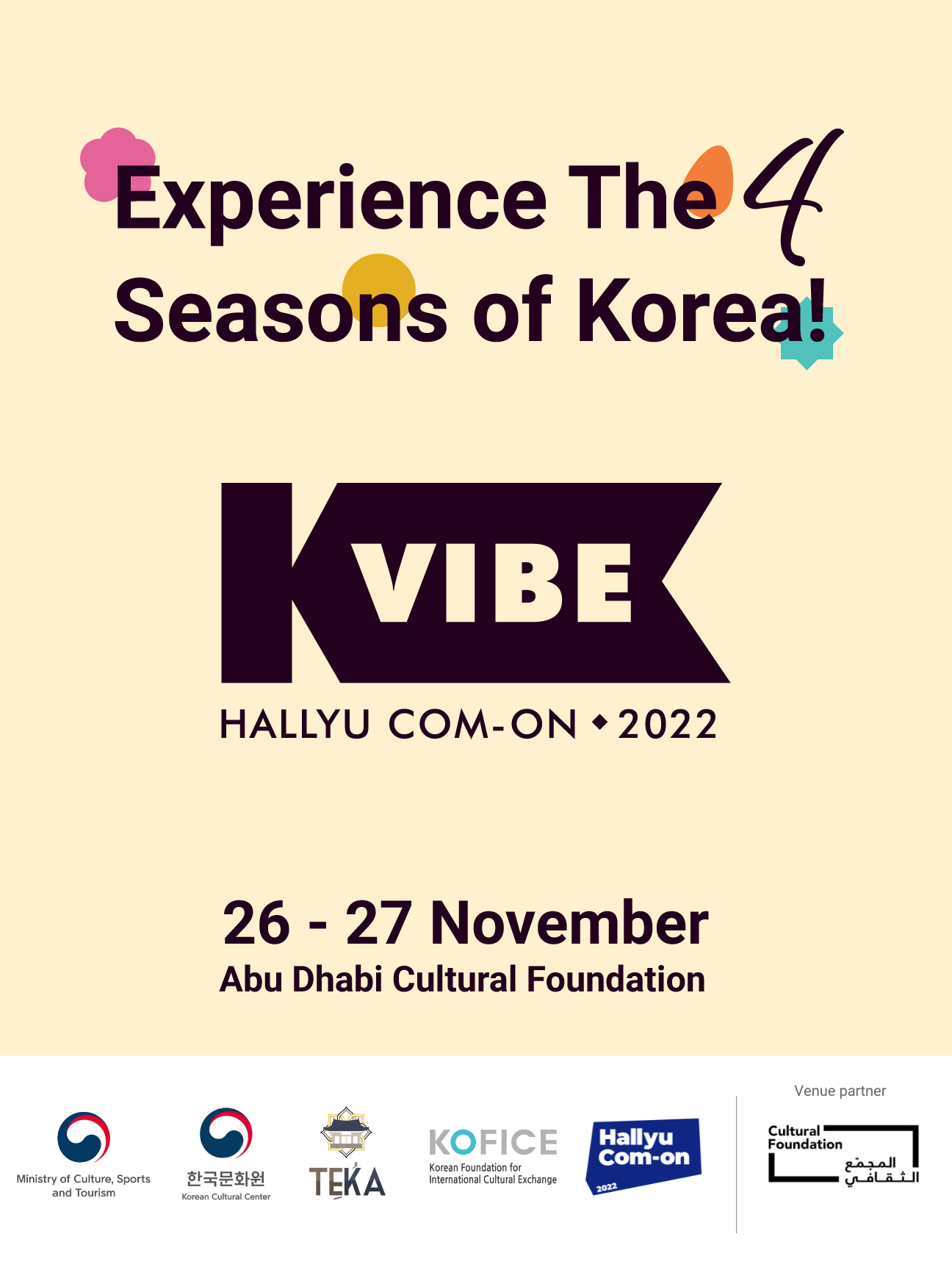 The event on Saturday and Sunday (26th and 27th November) is part of a project to support overseas Korean Hallyu community activities conducted by Korean Foundation for International Cultural Exchange (KOFICE), according to a press release issued by the KLC.

It is the second event that is happening in the UAE after a programme named Feel Korea 2021, organised by Choego community last year in Dubai.

The event at the main courtyard of Cultural Foundation in Abu Dhabi is designed to show everything from the past to the present of Korean culture under the theme of the four seasons in Korea, said Noora Almenhali, TEKA president.

The booths will be open from 16.000 to 21.00, allowing visitors to experience traditional events such as traditional flower fans making, playing Korean archery and traditional games, trying hanbok clothes and other experiences such as Korean nail art, triangular gimbap and kimchi making.

In particular, the busking performance of “HARRYAN YOONSOAN," which is gaining a lot of recognition as a sibling duo musician in Korea, will be held from 18.00 19.00 on Saturday and Sunday. Entry will be free. With more than 770,000 followers on YouTube, "HARRYAN YOONSOAN" will perform cover songs “At My Worst by Pink Sweat, Celebrity by IU,” and their first album song " I'm Late but I’m OK," released in 2020.

TEKA, one of the organisers said they are happy to organise a cultural event related to Korea in Abu Dhabi.

Nam Chan-woo, Director of the Korean Cultural Centre, has expressed his appreciation to TEKA for actively promoting Korean culture in the UAE by holding various events such as summer camps, Ramadan events etc.

On Saturday, 26th November, Park Bo Gyoon, Minister of Culture, Sports, and Tourism of Republic of Korea will make a special visit to the venue to encourage the event, said the press release.