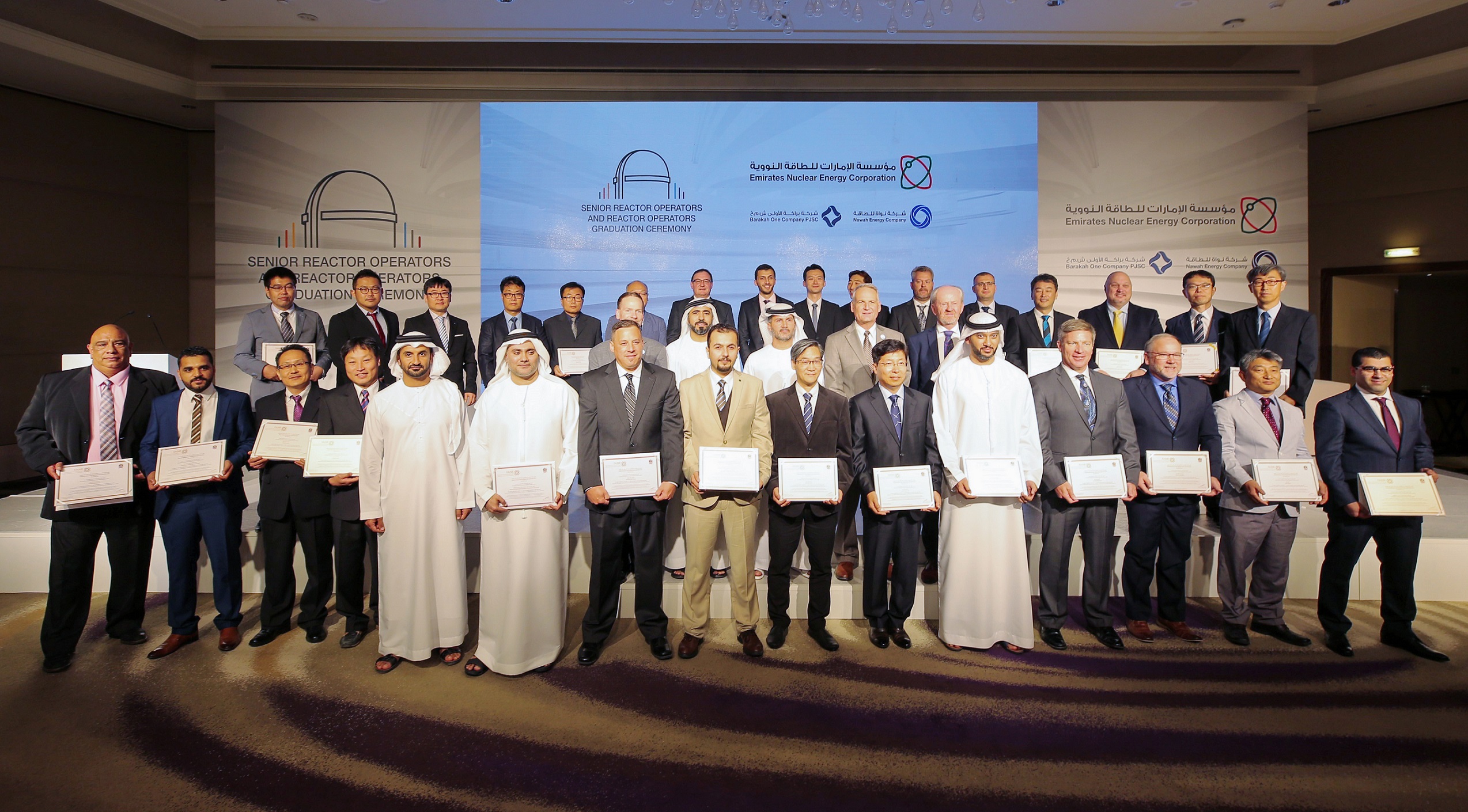 The total number of qualified operators has now reached 53, well above the 32 required to operate Unit 1 at the Barakah Nuclear Energy Plant, said a press release issued by Emirates Nuclear Energy Corporation, ENEC, on Monday.

The graduation and licensing of the operators was celebrated during a special ceremony held in Abu Dhabi. The event was attended by senior executives, including Mohamed Al Hammadi, CEO of ENEC, Christer Viktorsson, Director-General of FANR, and Mark Reddemann, CEO of Nawah, who addressed and congratulated the young nuclear professionals.

The licensing of this second group of Nawah SROs and ROs is a significant achievement in the development of the UAE's Peaceful Nuclear Energy Programme and is a reflection of the ongoing success of ENEC and Nawah’s human capacity development programmes.

"Since our establishment in 2009, ENEC has been committed to building Emirati nuclear energy expertise, recognising its pivotal importance in ensuring the long-term sustainability of the UAE's Peaceful Nuclear Energy Programme," said Al Hammadi.

"The certification by FANR of Nawah’s second group of talented reactor operators and senior reactor operators marks a major milestone in our steady progress towards the commencement of safety and quality-led operations at the Barakah Nuclear Energy Plant," he said.

"In July 2019, we celebrated the first FANR certified group of 15 UAE national SROs and ROs. This second certified group includes another seven UAE nationals working with their multinational colleagues who will be responsible for operating the Barakah plant, according to the highest international best practices and global operating experience. We are very proud to have over 50 nationalities working as one team to develop and operate the Barakah plant, the first of its kind in the Arab World," he added.

ENEC is building four identical nuclear energy units at the Barakah Nuclear Energy Plant in the Al Dhafra region of Abu Dhabi. As of the end of July 2019, the overall construction of the four units is more than 93 percent. Unit 4 is more than 82 percent complete, Unit 3 is more than 91 percent and Unit 2 is more than 95 percent.

Unit 1 construction is complete and the unit is currently undergoing commissioning and testing, prior to regulatory review and receipt of the Operating Licence from FANR, which is currently in the final stages of reviewing the operating licence application for Units 1 and 2.

Nawah Energy Company is the operating subsidiary of ENEC.