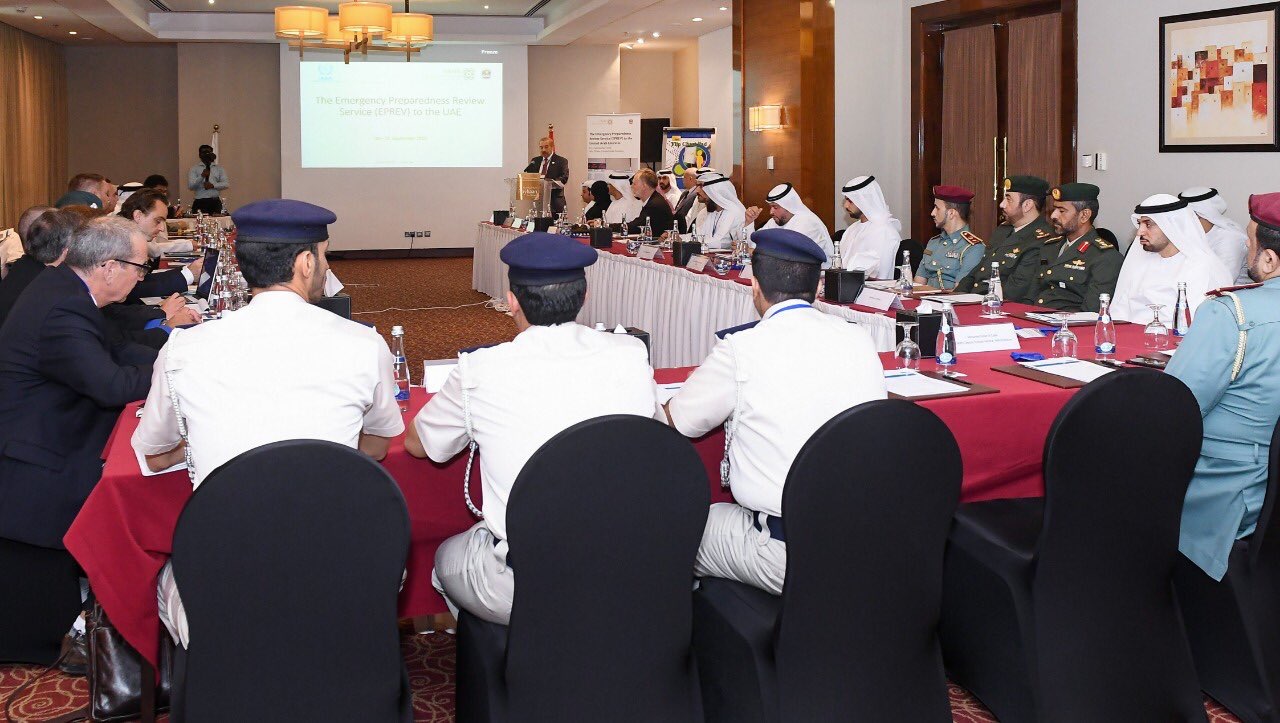 ABU DHABI, 29th September, 2019 (WAM) -- The UAE has made significant improvements in developing and strengthening its nuclear emergency preparedness and response arrangements for Barakah Nuclear Power Plant since the 2015’s Emergency Preparedness Review, EPREV, Service visit to the UAE, according to experts of the International Atomic Energy Agency, IAEA.

This came after a five-day follow-up review by IAEA experts to the UAE’s Barakah Nuclear Power Plant Emergency Preparedness and Response Arrangements, said a press release by the Federal Authority for Nuclear Regulation, FANR.

At the UAE Government’s request, the IAEA assembled an Emergency Preparedness Review Follow-up mission - comprising seven international and IAEA experts - to review the progress made in the UAE based on EPREV’s 2015 Mission recommendations in preparing the necessary response arrangements to be applied in the unlikely event of a nuclear emergency at the Barakah Nuclear Power Plant.

The IAEA’s 2015 EPREV Mission recommendations, which were addressed and closed by the UAE, touched upon developing and implementing plans related to the emergency infrastructure and functional requirements per the IAEA’s standards such as radioactive waste management, evacuation plans for the population, protection strategy, as well as public communications.

The IAEA team identified several strengths in the UAE’s Emergency Preparedness and Response Framework, including a strong commitment to nuclear emergency preparedness, reflected in the number of training activities, drills and exercises conducted and in the incorporation of lessons learned into revised plans.

It also included the creation of a joint field team to efficiently conduct environmental, food, and individual assessments during a nuclear emergency.

The team also made suggestions to strengthen the emergency preparedness and response in the UAE including continuing the work to finalise Protection Strategy for Nuclear and Radiological Emergencies, and to complete efforts to standardise guidelines, while recognising current preparedness and response efforts In addition, the IAEA Mission highlighted some of the good practices in the framework such as the completion of a number of facilities and related logistical supplies and equipment to ensure that emergency response functions can be performed. It also highlighted the role of the state-of-the-art facilities at the ADNOC Ruwais Hospital which provides medical treatment of injured or contaminated persons during an emergency.

"The cooperation with the IAEA has been instrumental in supporting UAE’s efforts to build its emergency preparedness and response system. It also reflects UAE’s commitments in applying international best practices to ensure the safety of the public and the environment. The goal of hosting the EPREV’s Follow-Up Mission in 2019 is to learn about the progress made by the UAE in regards to Barakah Nuclear Power Plant Emergency Response Organisation, which is considered as another step to ensure full preparedness to operate the nuclear power plant safely and securely," said Hamad Ali Al-Ka'abi, Permanent Representative of the UAE to the IAEA.

During the mission, experts visited the Barakah Nuclear Power Plant, ADNOC Ruwais hospital, Ruwais emergency facility as well as FANR’s Emergency Operations Centre to learn about arrangements in case of a nuclear or radiological emergency. They reviewed progress made including newer versions of on-site and off-site emergency plans, regulations and guides as well as waste management arrangement.

FANR’s regulations state that the operator of the Barakah Nuclear Power Plant should have an organisation that is capable of coping with emergencies and mitigating their consequences, which is a key requirement of the Operating License Application under review by FANR.

The Emergency Preparedness Review Service is one of the peer review missions offered by the IAEA to strengthen nuclear safety in the Member States. The missions focus on the arrangements and capabilities to prepare for and respond to nuclear and radiological emergencies.