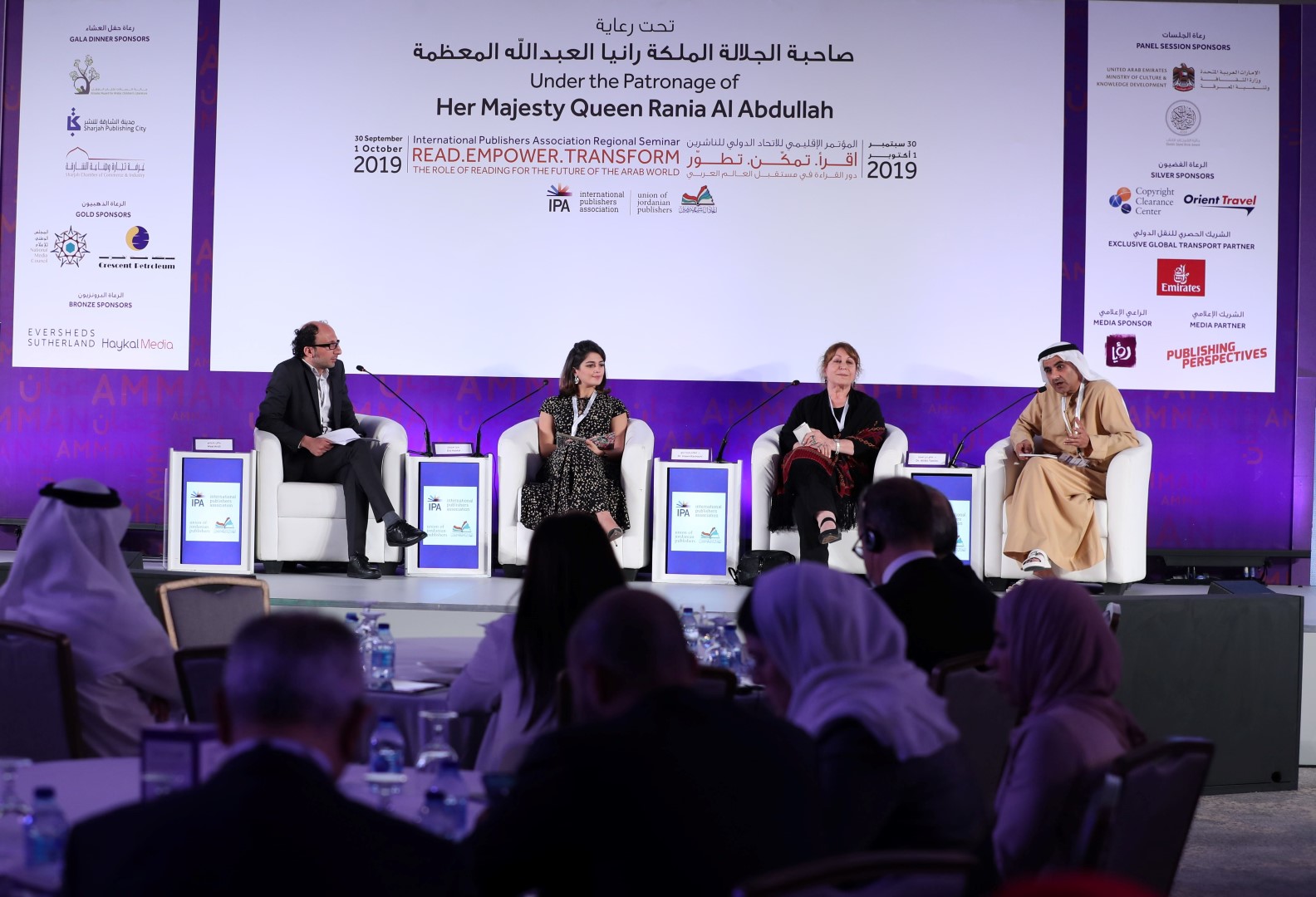 AMMAN, 3rd October, 2019 (WAM) -- The Sheikh Zayed Book Award has participated in the first-ever International Publishers Association, IPA, seminar to take place in the Middle East, to discuss the publishing industry from both a regional and global standpoint.

The seminar themed "Read. Empower. Transform: The Role of Reading for the Future of the Arab World" was held under the patronage of Her Majesty Queen Rania Al Abdullah, wife of King Abdullah II of Jordan and was organised by the IPA in cooperation with the Union of Jordanian Publishers, in Amman, Jordanian on 30th September and 1st October, 2019.

It was attended by Dr. Ali bin Tamim, Chairman of the Abu Dhabi Arabic Language Authority and Secretary-General of the Sheikh Zayed Book Award, and Abdullah Majid Al Ali, Acting Executive Director of Dar Al Kutub at the Department of Culture and Tourism – Abu Dhabi.

The event aimed at finding solutions to the most pressing challenges in the regional industry, and featured a wide range of activities and workshops, in addition to 12 inspiring and informative panel sessions.

Also covered by the seminar was the role of the publishing industry in humanitarian responses, particularly the repatriation of refugees.

Dr. Ali Bin Tamim participated in a panel discussion on the second day titled, "Bringing the Voice of Arab Writers, Publishers and Content Creators to the World". The panel, moderated by Wael Attili, co-founder of Kharabeesh Innovation, and also featuring Dia Haykal, Head of Content at Haykal Media, and journalist, Dr. Inaam Kachachi of Asharq Al Awsat, focused on how Arab writers and publishers can benefit from increasing global demand for content.