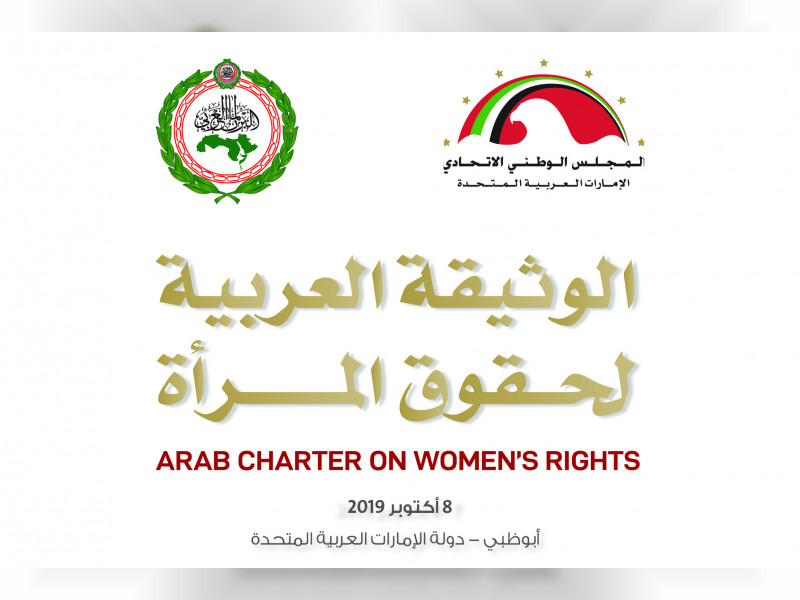 ABU DHABI, 5th October, 2019 (WAM) -- The Federal National Council will launch on Tuesday the 'Arab Document on Women's Rights in the UAE', in yet a new addition to the track record of achievements boasted by the UAE in the field of women's empowerment under the aegis of H.H. Sheikha Fatima bint Mubarak, Chairwoman of the General Women's Union (GWU), President of the Supreme Council for Motherhood and Childhood, and Supreme Chairwoman of the Family Development Foundation (FDF).

The launch will be made at a ceremony at the Emirates Palace under the patronage of H.H. Sheikha Fatima bint Mubarak. It will occasion two main sessions, titled "The Mother of the Nation: Main Enabler of Arab Women's Empowerment", and " Role of Parliaments in Delivering the Future".

The first session will be addressed by Zaki Nusseibeh, Minister of State, who will highlight the relentless efforts made by the Mother of the Nation in driving the empowerment of Emirati and Arab women.

Speaker of the Bahraini Council of Representatives, Fawzia Abdulla Yusuf Zainal, will also speak about the women's empowerment model in the Gulf region. The same topic will be further tackled by Dr Maya Morsi, President of the National Council for Women in Egypt.