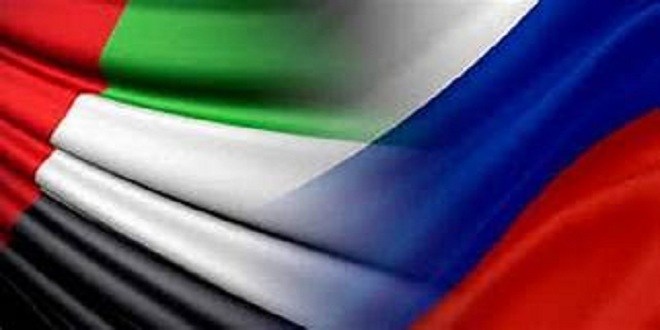 ABU DHABI, 10th October, 2019 (WAM) -- The United Arab Emirates and the Russian Federation have forged a decades-long partnership predicated on mutual respect and definite objectives, leading to various successful outcomes. With President Vladimir Putin’s upcoming state visit to the UAE capital, WAM takes a look at how these two countries have built relations across multiple sectors over the years.

UAE-Russia ties stretch back 48 years, with the former Soviet Union, USSR, and the UAE having established diplomatic relations on 8th December, 1971, six days after the establishment of the UAE.

The USSR established its embassy in Abu Dhabi in 1986, with the UAE following shortly afterwards, opening its embassy in Moscow in 1987. According to the Russian Foreign Affairs Ministry, the UAE recognised the Russian Federation as the successor state of the USSR in December 1991.

Characterised by high-level diplomacy and dialogue exchange, the UAE and Russia have continued to strengthen their diplomatic ties via numerous visits by delegations from both countries.

President Vladimir Putin of Russia paid the first-ever Russian official presidential visit to the UAE on September 2007. In 2009, His Highness Sheikh Mohammed bin Rashid Al Maktoum, Vice President and Prime Minister of the UAE, and Ruler of Dubai, visited the Russian capital on an official trip, while His Highness Sheikh Mohamed bin Zayed Al Nahyan, Abu Dhabi Crown Prince and Deputy Supreme Commander of the UAE Armed Forces, has made many official visits to Moscow beginning in 2006, with the most recent in May 2018.

In April 2017, Sheikh Mohamed bin Zayed and President Putin elevated bilateral ties by approving a 'Statement of Intention' to further forge diplomatic relations into a strategic partnership between the two countries. In June 2018, a 'Declaration of Strategic Partnership' was signed by the two leaders.

In its latest annual report, the UAE Ministry of Economy recorded the total volume of trade between the UAE and Russia in 2018 at US$3.4 billion (AED12.5 billion). Ministry figures listed wheat products among the highest imports after diamonds, at AED470 million, followed by chocolate products amounting to AED400 million.

In 1994, the two countries established the Intergovernmental UAE-Russia Commission for Trade, Economic and Technical Cooperation. Since its establishment, the Commission has held nine meetings, with a joint working group being established in 2014 to monitor the implementation of the Commission’s decisions.

According to the Russian Ministry of Foreign Affairs, the Russian Fund for Direct Investment, RFDI, and the UAE’s Mubadala Investment Company created a platform in 2013 for joint investment in Russia-based projects with a targeted amount of investment partnership worth up to US$7 billion (AED25.7 billion).

In 2016, the RFDI and Mubadala also looked into investing US$300 million (AED1.1 billion) in Russian agricultural firms EFKO Group and AFG National as part of expansion of trade in commodities. In the same year, the RFDI and DP World announced a joint venture to invest around US$2 billion (AED7.3 billion) in seaports, transport and logistical terminals in various regions across Russia.

Abu Dhabi’s Mubadala also acquired a 44 percent stake worth at least US$271 million (AED995 million) in an oil subsidiary of Russian company Gazprom.

Two years ago, the UAE government awarded an AED2.6 billion (US$708 million) military procurement deal to Russia’s Rosoboronexport during the International Defence Exhibition in Abu Dhabi, highlighting strengthening of ties in the defence sector.

Bilateral cooperation in the tourism and cultural affairs sector sees new developments between the two countries.

Cultural exchange is inherent in the UAE’s message of tolerance and coexistence. The country has hosted many Russian cultural events and performances; such activities include the 'Peace International Youth Orchestra' by Russian conductor Valery Gergiev, played in the UAE capital in January 2011.

In September 2016, Russia’s Krasnoyarsk Opera and Ballet Theatre were on tour in the UAE, where it performed on the Dubai Opera stage.

Media cooperation between the two countries is extensive. Various Russian media outlets have set up offices in the UAE, including RIA Novosti and Russia Today. The Emirates News Agency, WAM, also signed Memoranda of Understanding with Russian media outlets Sputnik and RT, in 2018 and 2019 respectively, in a bid to facilitate information, news and broadcast content exchange.

The UAE and Russia continue to expand their cultural and tourism links, promoted by the visa exemptions initiated by the UAE in 2017, leading to an increase of Russian tourists into the UAE from 600,000 in the 2015-2016 period to around one million visited the country in 2018. Also, around 40,000 Russians are residing in the UAE.

According to data published ahead of Arabian Travel Market, which took place at Dubai World Trade Centre from 28th April-1st May 2019, the number of Russian tourists travelling to the UAE will increase to 12 percent to reach 1.6 million in 2023.

Russia’s participation in Expo 2020 Dubai, is eagerly anticipated, with its pavilion set to give millions of visitors the opportunity "an insight into how the country sees the future," according to a statement issued by Expo 2020 Dubai in January 2019.