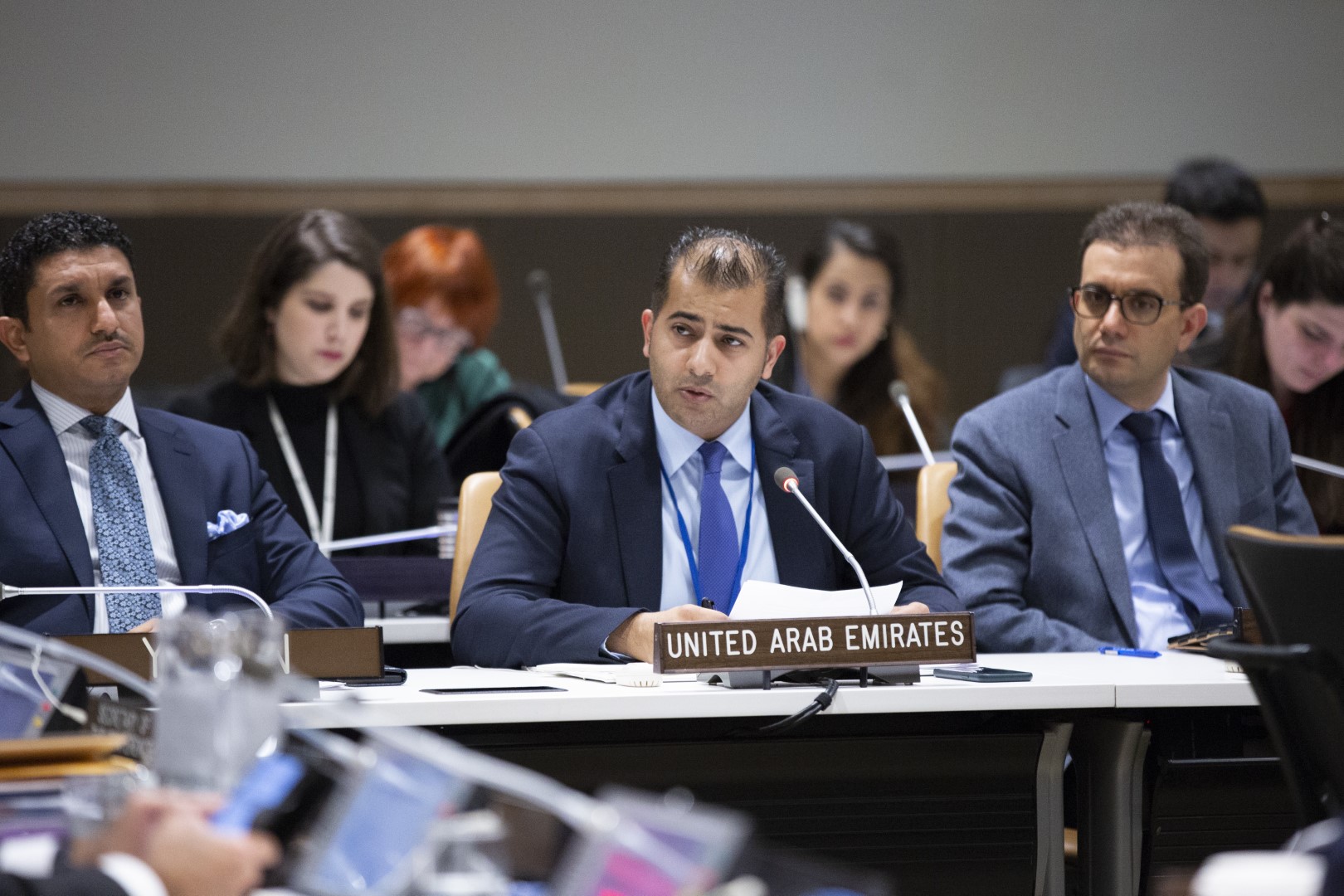 NEW YORK, 23rd November, 2019 (WAM) -- The UAE has reaffirmed its commitment to the continued efforts to achieve and maintain a world free of the threat posed by nuclear weapons and other weapons of mass destruction (WMD) during the United Nations Conference on the Establishment of a Middle East Zone Free of Nuclear Weapons and other WMD.

The UAE delegation to the conference was led by Hamad AlKaabi, Ambassador and Permanent Representative of the UAE to the International Atomic Energy Agency.

"As we deal with the various regional issues in the region, we should use this meeting as an opportunity to start building a new regional understanding towards this goal," AlKaabi stated.

"The UAE considers the establishment of a Middle East nuclear weapons and other WMD free zone as a priority and long overdue goal. Successful steps towards the establishment such zone shall indeed help building confidence and contribute positively to regional and international security."

During the conference, Ambassador AlKaabi urged that all states of the region commit themselves to the process. He reiterated the UAE’s commitment to the relevant non-proliferation treaties, including the Treaty on the Non-Proliferation of Nuclear Weapons, as well as its full commitment to the fulfillment of the IAEA safeguards.

The week-long conference aimed to elaborate a legally binding treaty establishing a Middle East zone free of nuclear weapons and other WMD, on the basis of arrangements freely arrived at by the States of the region.