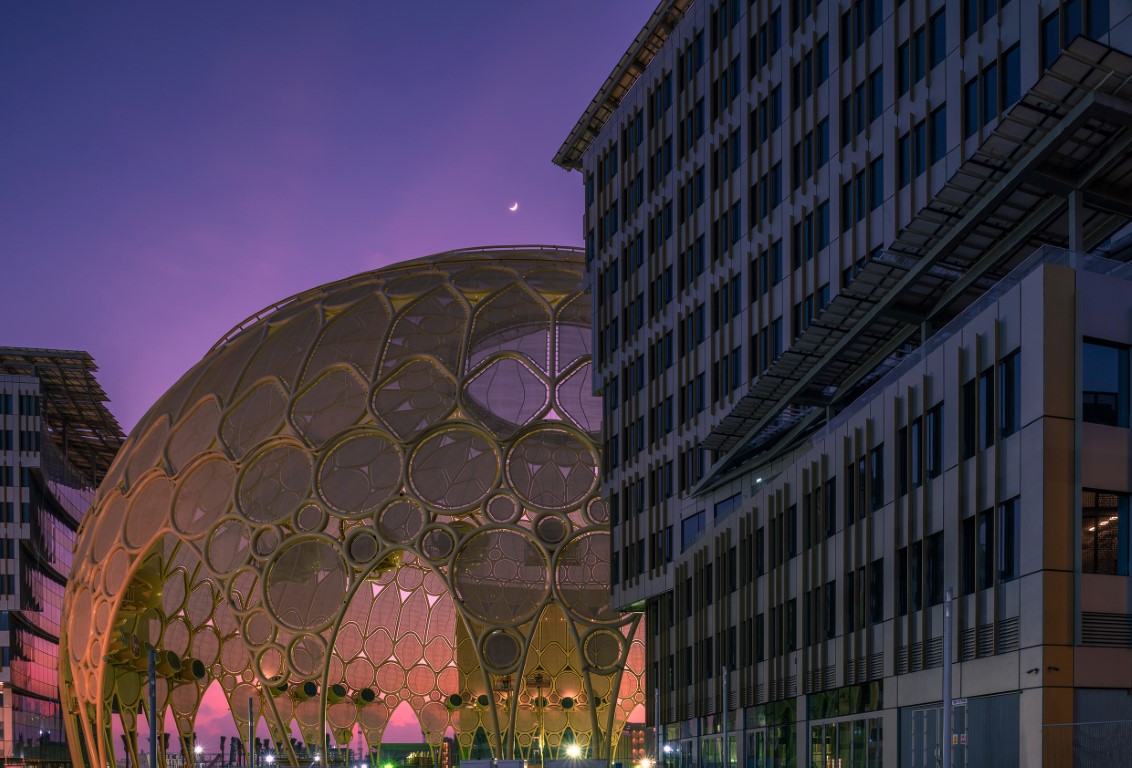 DUBAI, 19th June, 2020 (WAM) -- Forensic fire investigation experts and criminologists at Dubai Police's General Department of Criminal Investigation, CID, have revealed the cause of a fire that broke out at the Expo 2020 Dubai under-construction site.

The investigators conducted 12 scientific experiments and re-enacted the incident of fire to determine the cause of the spark and reveal the facts concealed by the worker and engineer of the company operating at the site to evade responsibility.

Dubai Police investigators found that the fire was caused by an unexpected technical problem during some welding work which refuted the version of the worker and engineer who said there was no welding work in progress at that time. They also concluded that the welding operations led to a rise in the temperature of the tube to more than 350 degrees Celsius, which caused it to ignite.

The worker stopped what he was doing when he faced a technical fault. He then re-stored the equipment in the dedicated room without observing the safety requirements. After five minutes he noticed an evacuation of all workers in progress from the site due to a fire. He immediately left the site and informed the engineer about what had happened during the welding and his negligence of safety measures. The engineer told him to keep quiet and to not tell anyone else and as there were no witnesses there was no need to involve the company.

The investigators also found messages circulated among workers telling them to deny their presence at the site on the day of the fire.

When confronted with the facts, the worker and engineer admitted to concealing the truth.

Commenting on the investigation, Major General Abdullah Khalifa Al Marri, Commander-in-Chief of Dubai Police, commended the great efforts and accurate and professional methods of the investigators to determine the real factors behind the incident.

Major General Al Marri praised the re-enactment of the fire done with high professionalism and accuracy as another feather in the Dubai Police's cap.

The investigators harnessed advanced technology and Artificial Intelligence during the investigations to establish the cause of the fire, he said.

Reem bint Ibrahim Al Hashemy, Minister of State for International Cooperation, and Director-General of the Expo 2020 Dubai Office, lauded the efforts and professionalism by the Dubai Police criminal investigation teams.

She praised the Dubai Police teams led by Major General Al Marri for their dedication, support and efforts to ensure the safety and security of all and save lives and protect property at the site.

''No doubt, the dedication of the Dubai Police personnel to maintain security and safety at the Expo Dubai site remains a key factor in our success. We realise that the responsibility laid on their shoulders is great. Given Dubai Police's competencies and capabilities, we are all confident we are in safe hands in our journey to the expo and during the event.''