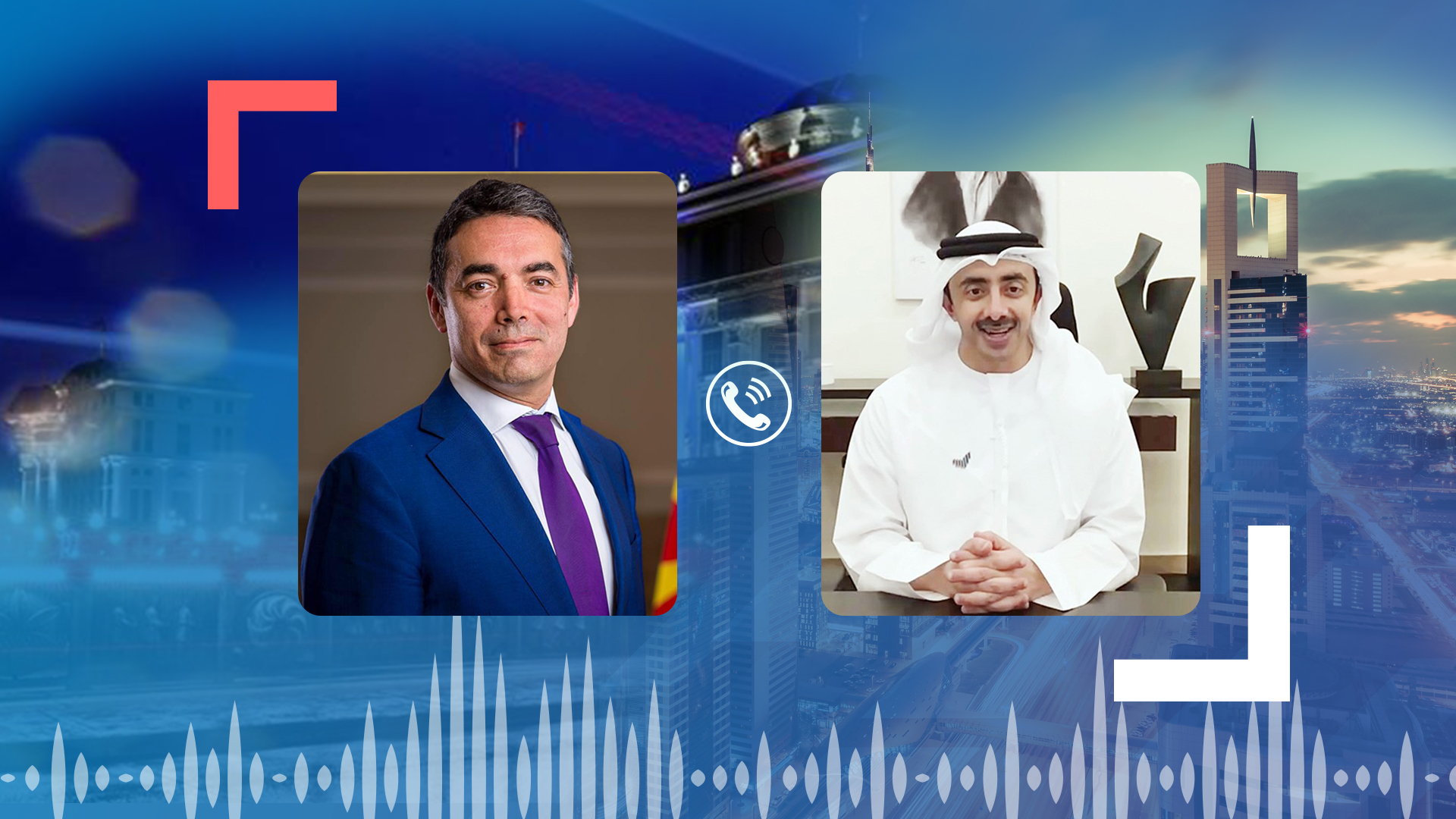 The ministers noted the friendly ties their countries enjoy and explored prospects of cooperation in a number of fields, including in the economic, commercial and food security sectors.

They also addressed the latest coronavirus developments, and expressed the efforts being made by their respective countries to curb its repercussions.

The two sides agreed it was necessary to unite the experiences of research centres in both countries by exchanging findings and sharing the latest in advanced testing and virus detection.

They also expressed condolences for the victims the disease has claimed, and affirmed their keenness to intensify joint efforts and enhance international action to contain its spread.

H.H. Sheikh Abdullah expressed his wishes for North Macedonia further progress and prosperity, commending the preventive and precautionary measures taken by the country to curb the virus.

Dimitrov, in turn, hailed the distinctive relations between the two countries and their determination to broaden their cooperation. He also wished the UAE further progress, development, and success during its hosting of the Expo 2020 Dubai, which will be held next year.