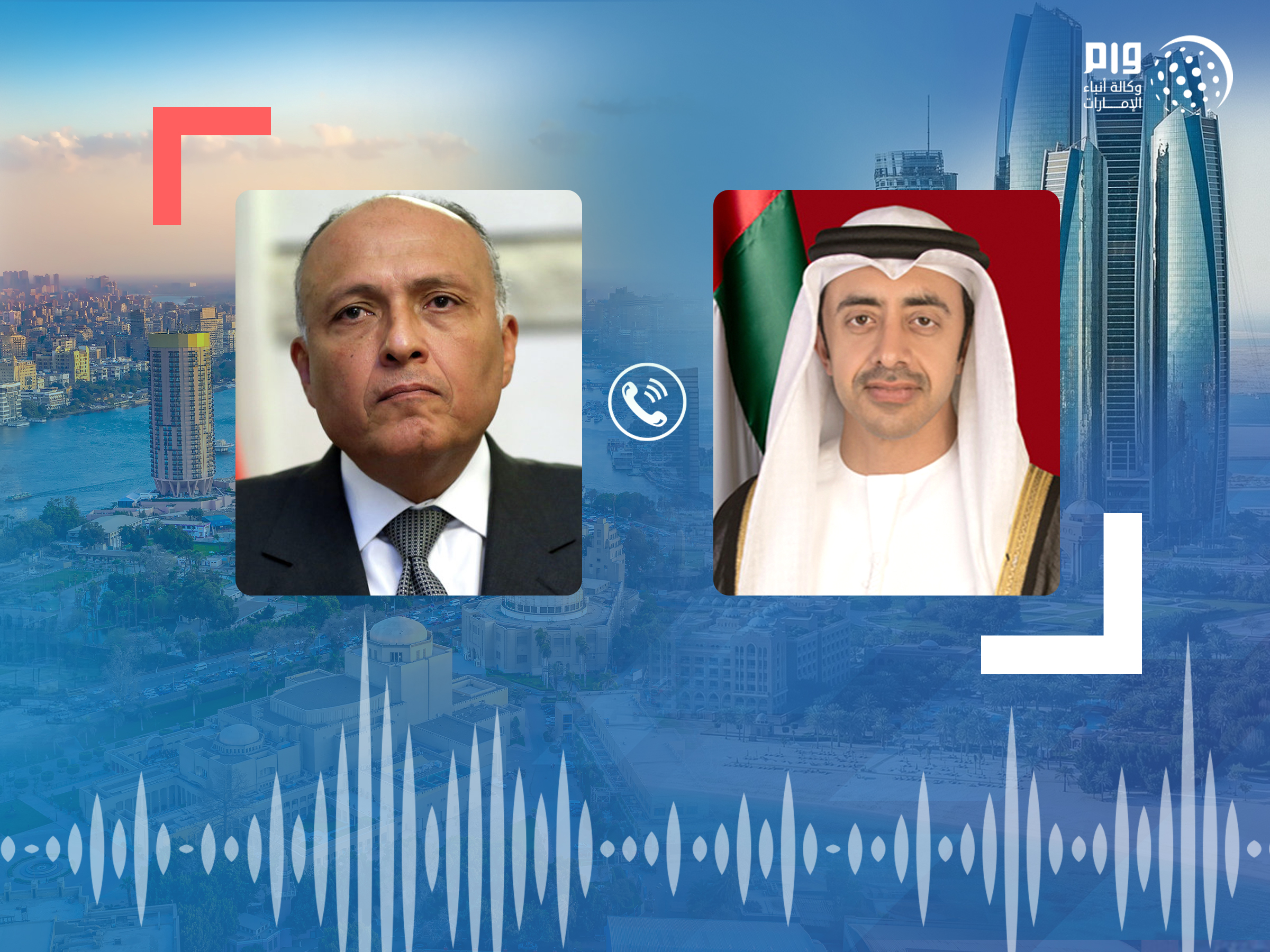 In a phone call, Sheikh Abdullah and Shoukry discussed the fraternal relations between the UAE and Egypt and regional and international issues of mutual concern.

Sheikh Abdullah emphasised that the agreement represents an important step that reflects the efforts of Egypt and Greece to enhance the stability foundations in the Eastern Mediterranean Region.

The Minister of Foreign Affairs and International Cooperation praised the efforts of the leadership of the two countries and their continuous and fruitful coordination and cooperation, which resulted in the signing of this important agreement in line with the provisions of international law and the United Nations Convention on the Law of the Sea.

Sheikh Abdullah stressed that the UAE attaches significant attention to its strategic relations with Egypt and Greece, wishing that the agreement will contribute to opening up promising horizons for them in the bio-energy sector in a way that will bring prosperity and progress to the two countries and their peoples.