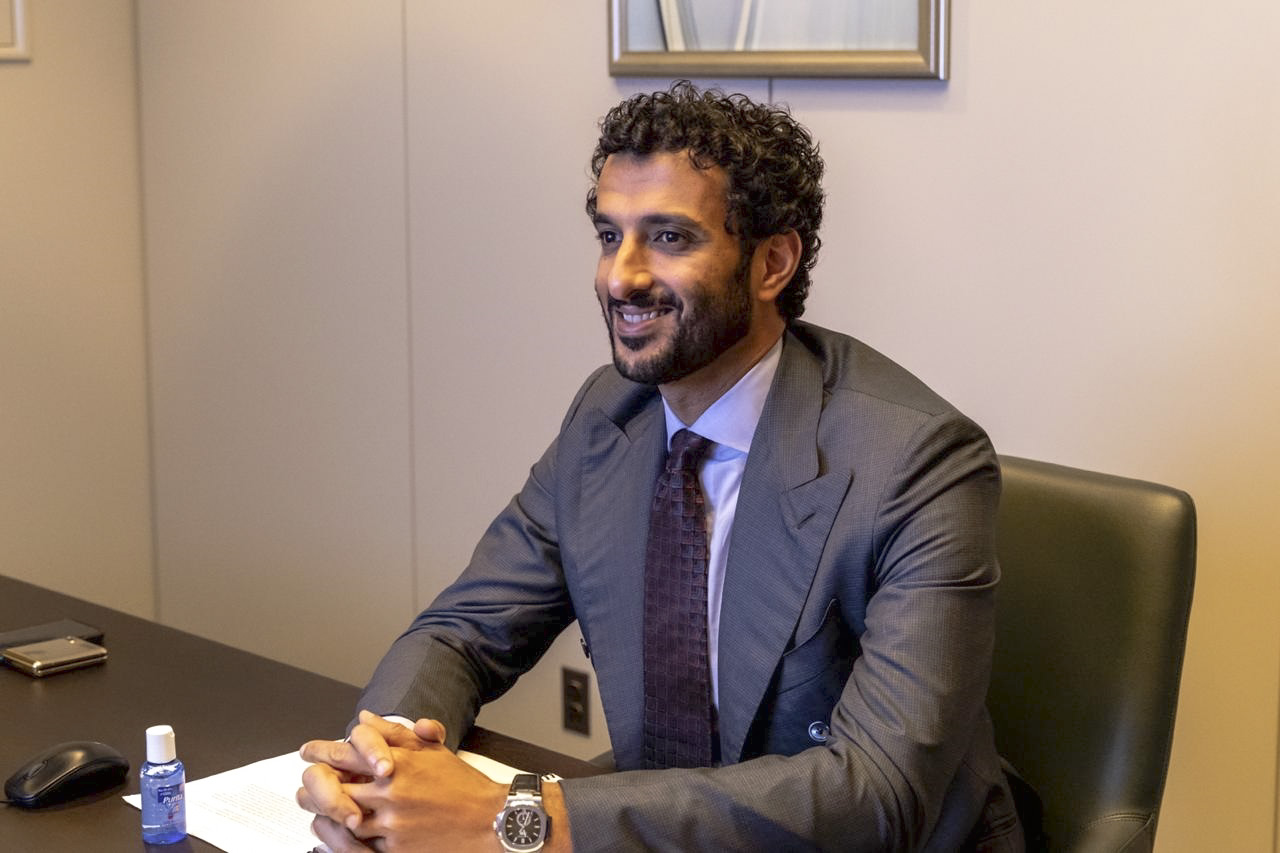 WASHINGTON, 15th September, 2020 (WAM) -- Abdullah bin Touq Al Marri, UAE Minister of Economy, affirmed that the signing of the peace accord between the UAE and Israel would open up new horizons for economic cooperation between the two countries in a way that serves their mutual interests and enhances the foundations for sustainable development at the regional level.

Minister of Economy underlined the importance of the economic benefits of signing the agreement, based on its role in stimulating trade and investment cooperation in various fields between the UAE and Israel, as well as the regional as a whole. He further highlighted the new opportunities that this will make available at the business level and the most important sectors for cooperation between the two countries during the next stage.

He explained: "We have promising opportunities for cooperation in vital sectors that serve the two countries' future economic development agendas. These include medicines, energy, life sciences, food security, financial services, tourism and travel, in addition to the fields of space, defense, security, research and development."

Al Marri was participating in a joint webinar hosted by the American-Emirati Business Council and the U.S.-Israel Business Initiative of the American Chamber of Commerce, with the support of the Trade and Commercial Office of the UAE Embassy in Washington.

The webinar was held on the sidelines of the participation of the minister as part of the UAE delegation visiting the United States of America to officially sign the accord, according to which relations between the UAE and Israel will be normalised, making the country the third Arab country and the first Gulf country to establish diplomatic relations with Israel.

The webinar was attended by more than 500 business council and chamber members, most prominently the US-UAE Business Council, the U.S.-Israel Business Initiative, and directors of several multinational companies.

During the webinar, Al Marri said that the UAE and Israel will work together to explore areas of cooperation and jointly develop vital partnership projects between business communities in both countries.

"The outcomes of signing this historic accord will pave the way for new business and investment opportunities, generating new cash flows and robust business activities that will provide immediate benefits to the UAE and Israel. The private sectors in both countries, as well as the regional economies, will undoubtedly benefit from this accord," he stated.

He added: "American businesses play a pivotal role in establishing the economic and commercial ties between UAE and Israel, and the American investors and companies can be major players in this regard and serve as vital links by functioning out of their headquarters and offices located in the UAE and Israel."

Furthermore, he elaborated on the main plans and objectives adopted by the UAE government for the upcoming phase, highlighting the government’s general plan and a package of 33 initiatives to support the national economy and promote sustainability.

"Our efforts and initiatives in this regard are part of our vision to overcome the economic challenges caused by the COVID-19 pandemic, promote growth, support business activities across all key sectors, enhance national economy’s resilience and competitiveness, and develop a long-term economic development model," the minister concluded.