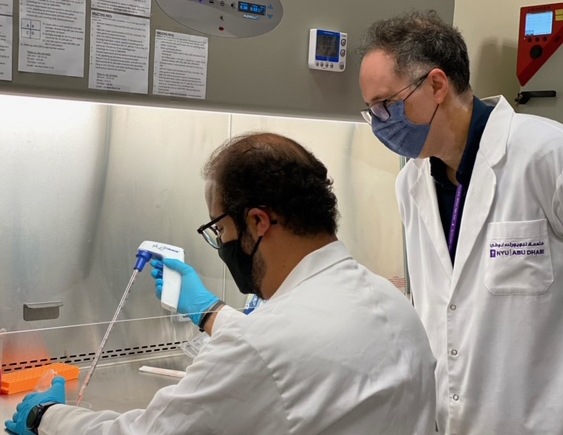 ABU DHABI, 13th October, 2020 (WAM) -- The impairment of adipogenesis, the process in which fat cells (also known as adipocytes) accumulate to become fat tissue, can lead to many diseases such as diabetes, obesity, and heart conditions. The process of adipogenesis is regulated by a series of signals which programme the adipocytes to express specific genes and congregate into adipose tissue.

A team of researchers from NYU Abu Dhabi, NYUAD, led by Associate Professor of Biology Piergiorgio Percipalle in collaboration with Research Assistant Professor Mohamed Al-Sayegh, recently studied the molecular basis of adipogenesis and discovered that the protein actin (a specific variant referred to as β-actin) has an important role in activating the genes which need to be expressed in order to create fat tissue. This further understanding of the adipogenesis process can be applied to future research on diseases caused by malfunctioning fat tissue formation.

In the paper titled β-actin contributes to open chromatin for activation of the adipogenic pioneer factor CEBPA during transcriptional reprogramming, published in the journal Molecular Biology of the Cell, Percipalle and his team investigates adipogenesis in embryonic mouse tissue to determine how critical the role of β-actin is in the process. It was found that in the fat cells lacking β-actin, the series of genetic signals was impaired, which affected the expression of the genes needed to form fat tissue.

As many diseases are caused by the accumulation of adipose tissue in certain areas, understanding the molecular process of adipose tissue formation is vital. The details of the connection between impaired adipogenesis and metabolic diseases such as diabetes, obesity, and cardiovascular diseases are currently unknown. This study’s findings of the importance of the β-actin protein provide guidance into further tissue-based disease research.

"To understand how to treat diseases, we must have a deeper understanding of the causes of the diseases," said Percipalle. "This research has shown that the signalling pathway within adipose cells is an intricate system in which β-actin plays an important role. With this new knowledge, we can pursue a closer look at the molecular mechanisms of adipogenesis and find new insights into how to treat related diseases."