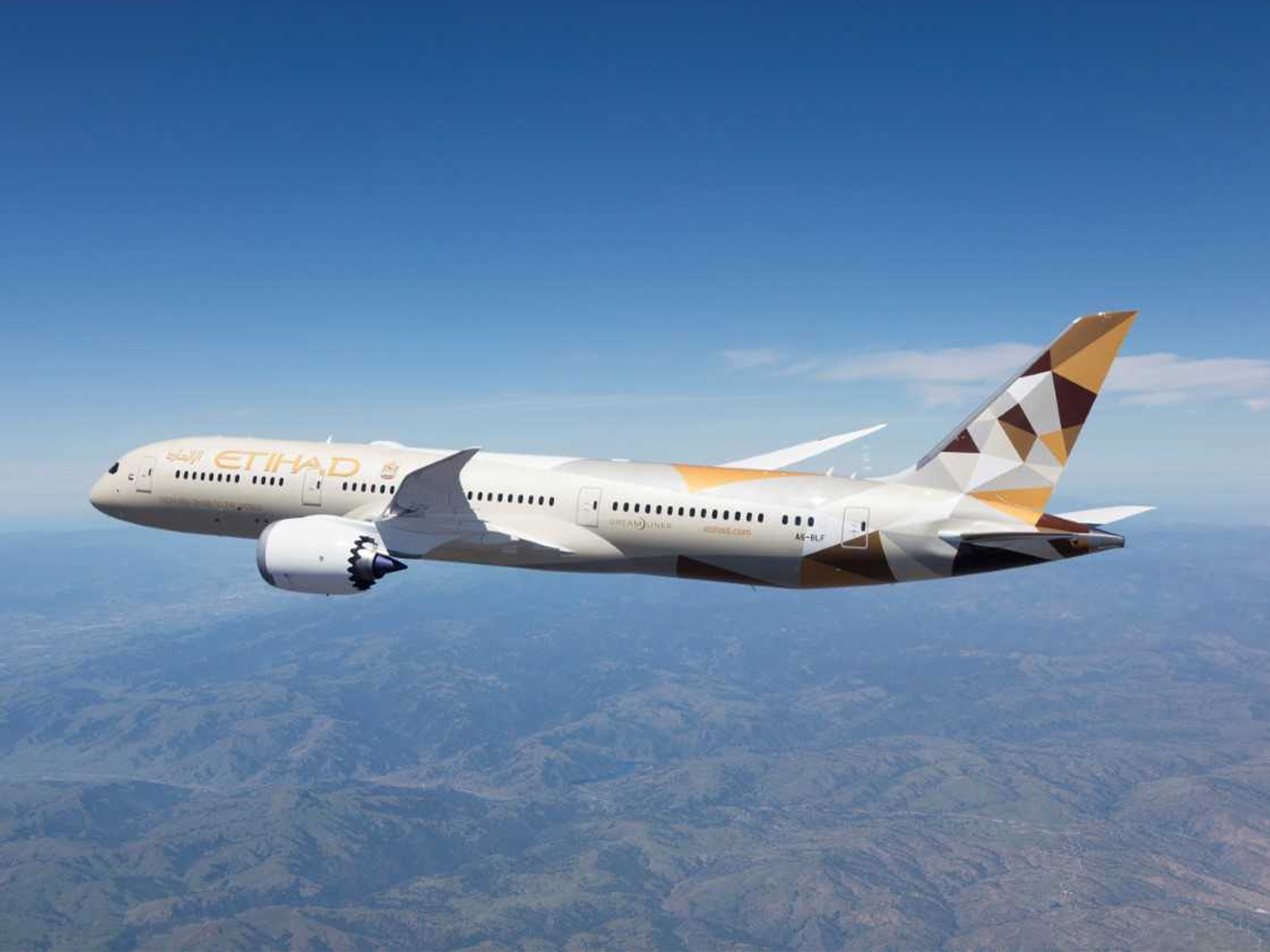 ABU DHABI, 19th October, 2020 (WAM) -- The UAE national airline, Etihad Airways, has become the first GCC carrier to operate a commercial passenger flight to and from Israel, to bring Israel’s top travel and tourism leaders to the UAE.

The historic flight, flown in partnership with the Maman Group, will depart Tel Aviv on 19th October, operated by an Etihad Boeing 787 Dreamliner aircraft for the three-and-a-half-hour journey from Israel to the UAE. The return journey will depart Abu Dhabi on 21 October, the airline said in a statement on Monday.

As a travel trade mission, the flight brought a group of tourism industry leaders, key corporate decision makers, travel agents, and cargo agents, along with media to experience Abu Dhabi and the wider UAE, at the invitation of Etihad Airways and representatives of Abu Dhabi’s tourism industry.

This is the latest development in a growing cooperation between the two nations following the establishment of diplomatic ties, and the signing of the Abraham Accords between the UAE and Israel in Washington D.C. on 15th September. It also follows Israeli national airline El Al’s first symbolic commercial flight between Tel Aviv and Abu Dhabi on 31 August.

Commenting on the announcement, Mohamed Mubarak Fadhel Al Mazrouei, Chairman of Etihad Aviation Group, said, "Today’s flight is a historic opportunity for the development of strong partnerships here in the UAE, and in Israel, and Etihad as the national airline, is delighted to be leading the way. We are just starting to explore the long-term potential of these newly forged relationships, which will be sure to greatly benefit the economies of both nations, particularly in the areas of trade and tourism, and ultimately the people who call this diverse and wonderful region home."

As an important facilitator of trade, the flights between Tel Aviv and Abu Dhabi will also carry commercial cargo sourced from, and destined for, points across Etihad’s global network, in addition to commercial guests.

Coinciding with the first commercial flight and in celebration of the recent peace accords between the UAE and Israel, Etihad has become the first non-Israeli airline in the Middle East to launch a dedicated website for the Israeli market in Hebrew.

Also available in English, the Israeli version of the airline’s official website contains digital content including extensive information on Etihad’s operations, product, services, and network. The site also includes an Abu Dhabi destination guide. The site can be viewed in Hebrew at www.etihad.com/he-il and in English at www.etihad.com/en-il.