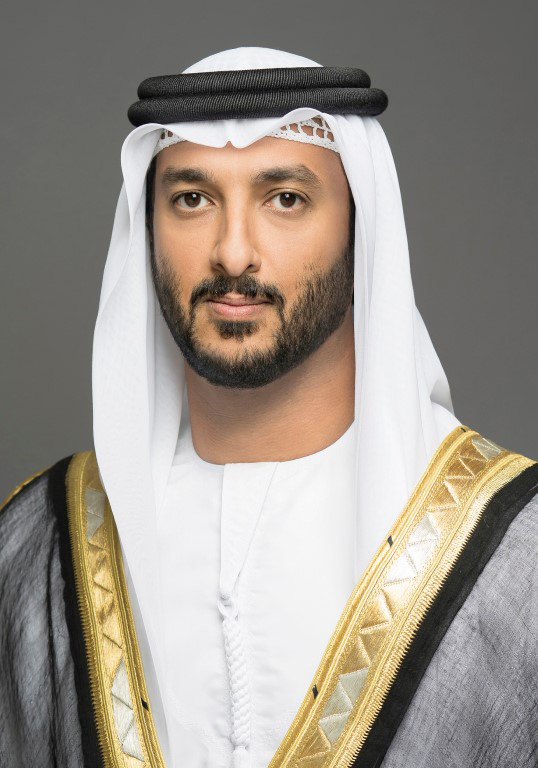 The discussion took place during a virtual meeting between the ministers, with the participation of Dr. Thani bin Ahmed Al Zeyoudi, Minister of State for Foreign Trade; and Majid Al Suwaidi, UAE ambassador to Spain; in addition to a number of officials from both sides.

The meeting discussed prospects for strengthening economic relations between the UAE and Spain, as the volume of non-oil trade exchange was recorded at US$2.5 billion in 2019. The two sides discussed ways to enhance economic and trade cooperation, particularly in the fields of advanced technology, tourism, food security, transportation, air transport and renewable energy.

Bin Touq affirmed the UAE’s keenness to enhance joint cooperation efforts with Spain to raise the strategic partnership between the two countries to new heights.

He said, "Our efforts during the current phase are focused on accelerating the pace of economic recovery, supporting various sectors and reviving various economic activities and businesses. As part of these efforts, the UAE has launched a flexible package and a general plan of 33 initiatives to support vital economic sectors. This package presents an important opportunity to strengthen the partnership and expand its scope in the interest of both countries, as Spain is an important trade and economic partner of the UAE."

He added, "We are discussing solutions to increase tourism inflows and increase the number of flights between the UAE and Spain, while also ensuring the health and safety of travelers. We are keen to undertake joint efforts to open a safe travel corridor between the two countries, which will facilitate travel and tourism exchanges between the two countries. Through this initiative, we will be able to bypass the obstacles imposed by the COVID-19 pandemic on air transport. We are also keen to expand the scope of this UAE initiative to include other countries, due to its positive impact on the commercial and economic growth of the participating countries, which is part of the 33 initiatives package."

He further emphasised the importance of continuing communication and coordination to increase direct investments in each other’s markets. He further indicated that this is the ideal time to renegotiate the free trade agreement between the GCC and the European Union, and that the UAE supports these efforts.

Dr. Al Zeyoudi highlighted the importance of sharing expertise and enhancing trade and investment exchange between the two countries, noting that Spain is one of the important destinations for Emirati investments.

He added, "We are keen to open new channels for trade and investment cooperation between the UAE’s business community and its Spanish counterpart. Spain represents an important economic destination for us on the European continent. It also serves as a gateway to strengthen our commercial network with other EU countries, as well as with Latin American markets due to the strong cultural and historical ties between them. At the same time, the UAE, with its strategic location and advanced trade structure, represents a vital gateway that facilitates Spanish trade movements to the Asian and African markets."

Maroto affirmed Spain’s keenness to enhance the horizons of bilateral relations with the UAE. She pointed out that food security, technical cooperation and transportation formed important areas for bilateral partnership during the last period.

"Consultation and coordination will take place between the concerned authorities in the two countries with regard to the opening of a safe travel corridor to facilitate travel and tourism movement between the two countries. We look forward to moving forward on the path of free trade agreements and enhancing participation of Spanish companies in the Expo, which is to be held in Dubai next year," she added.

In August 2020, the UAE Cabinet approved the launch of a flexible package and a general plan of 33 initiatives to support economic sectors and revive economic activities and businesses. The move will drive growth, create a stimulating environment for doing business and provide new opportunities through developing emerging sectors, employing technology, and attracting and encouraging investment in the new sectors. It will ultimately increase the sustainability and flexibility of the national economy in a manner that supports the country’s vision for future.