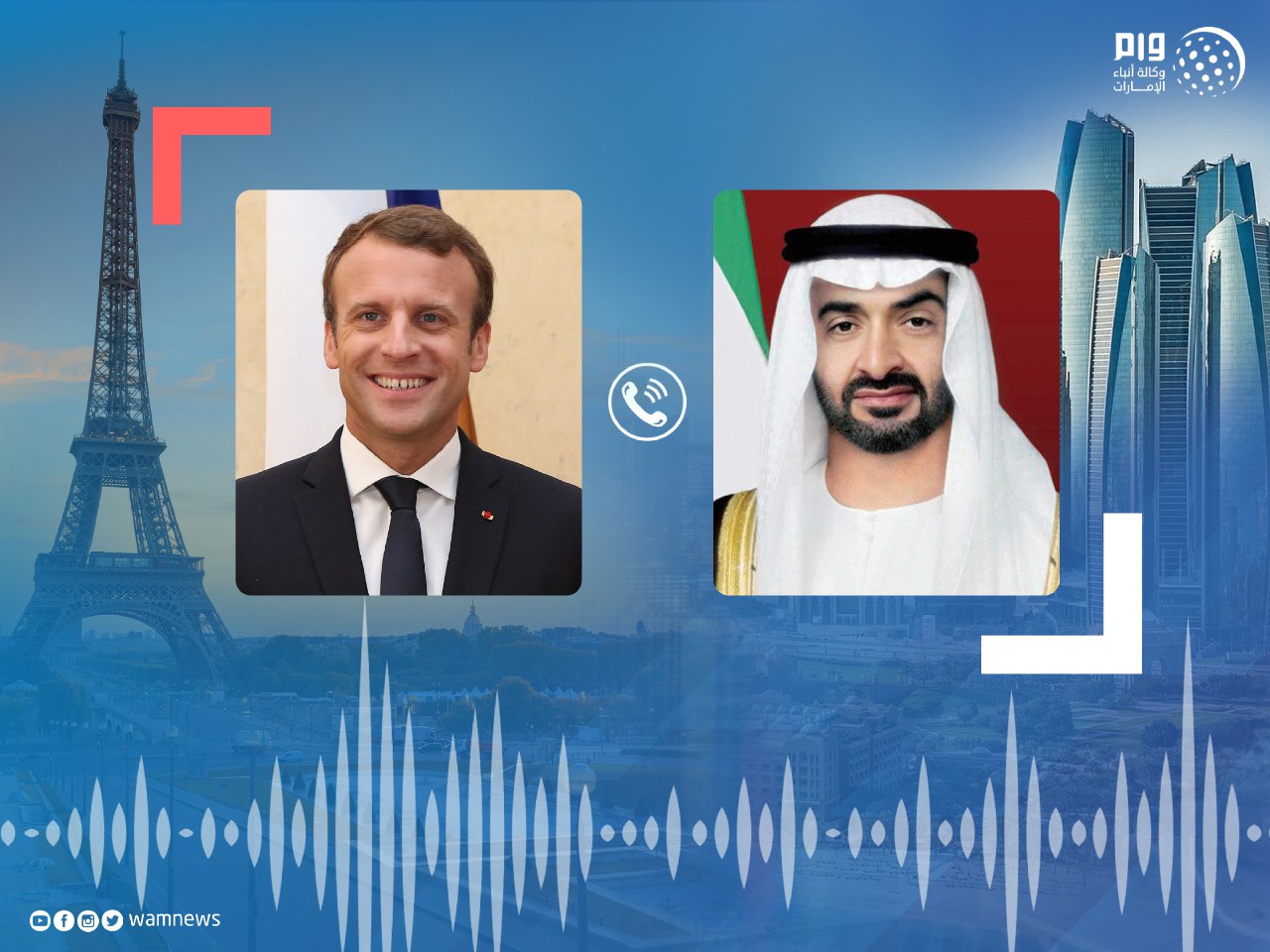 In a phone call, His Highness Sheikh Mohamed bin Zayed emphasised the strong ties between the two friendly countries of France and the UAE. The two leaders discussed a number of regional and international issues of mutual interest.

Sheikh Mohamed expressed his condemnation of the recent terrorist attacks in France. He offered his condolences to the French President for the victims and their families and wished a speedy recovery for the injured.

Sheikh Mohamed bin Zayed stressed that these violent atrocities are inconsistent with the teachings and principles of all monotheistic religions that call for peace, tolerance and love and emphasised the sanctity of human life.

His Highness reiterated his rejection of hate speech, emphasising its negative and harmful effects on relations between people of different nationalities and faiths, and that it serves only those with extremist ideas. Sheikh Mohamed categorically rejected any justification employed to excuse these criminal acts of violence and terrorism.

His Highness emphasised that the Prophet Muhammad, Peace Be Upon Him, represents solemn sacredness for all Muslims, and under no circumstances should the Prophet be linked to violence or politicisation.

His Highness noted that interaction among people should involve dialogue of mutual respect among cultures, emphasising the common historical and civilisational links between France and the Arab world. His Highness expressed his appreciation for the cultural diversity of France and its embrace of its Muslim citizens whose rights, beliefs and culture thrive under French law and institutions.

His Highness emphasised that the UAE, as an Arab and Muslim country, is proud of its values of coexistence, tolerance and cooperation with the global community of nations.

The call covered developments in the Middle East and Eastern Mediterranean, emphasising regional security and stability and the non-interference in internal affairs of sovereign states.

The two leaders expressed their support for any moves or initiatives that would contribute to reaching political settlements to the conflicts in the region.

Sheikh Mohamed and President Macron reviewed the latest developments to combat COVID-19 in the two countries and the world, noting the significance of enhancing international cooperation in the fight to contain its repercussions and impact.