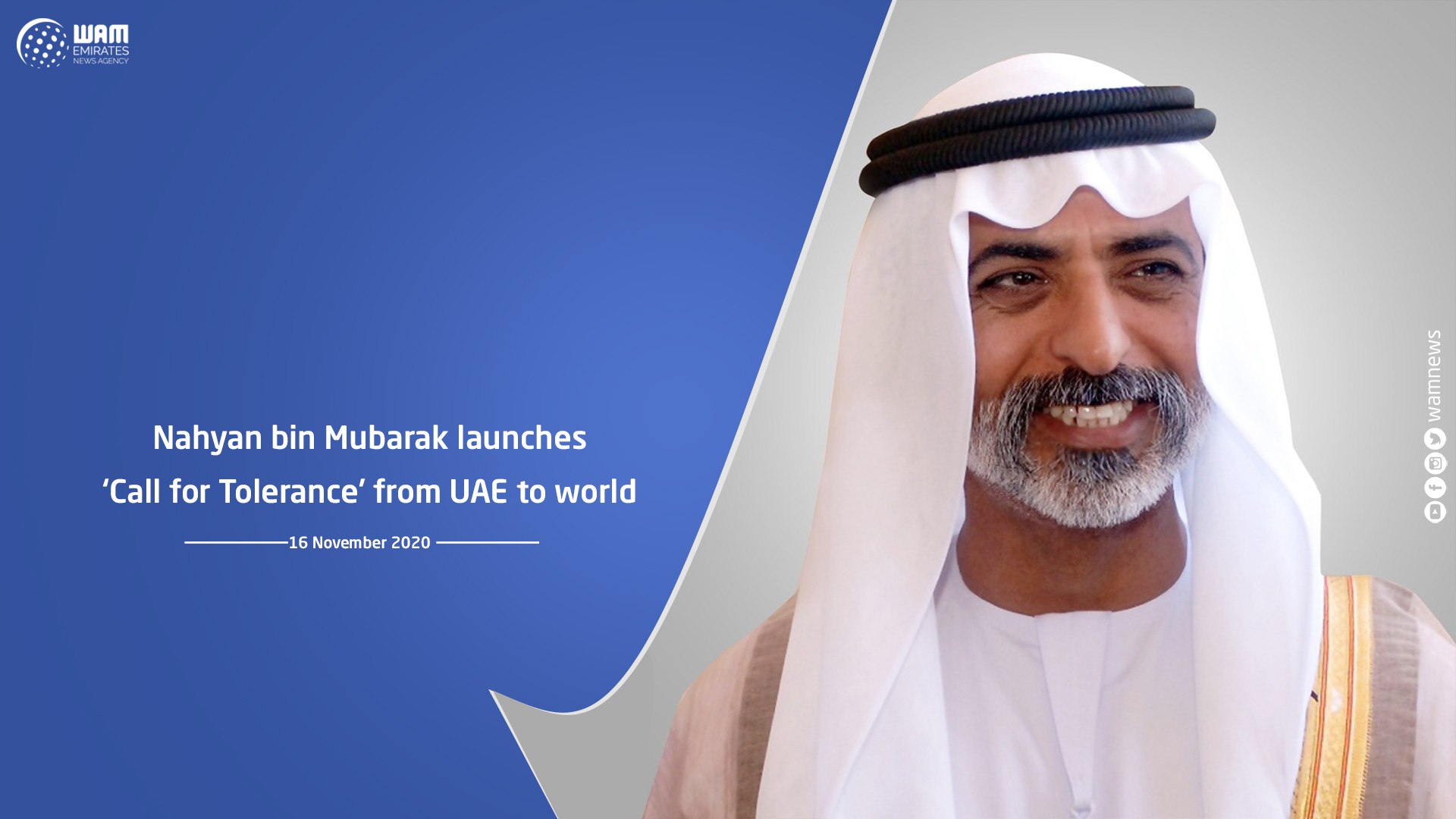 Over 226 federal, local and private authorities and non-profit organisations, clubs and students participated in the launch of the global call. International foundations also took part in the initiative, such as the International Esports Federation.

The initiative invites representatives of participating authorities and entities to send a message of tolerance in eight languages, to promote the values of coexistence, tolerance, compassion and peace among all communities around the world.

During the launch, Sheikh Nahyan stated, "We call on everyone to work together for a world full of compassion, tolerance, coexistence and justice, free from all forms of extremism, hate and violence, where we can achieve goodness, peace, security and a better future for all."

The call was attended by religious leaders from around the country, including Dr. Mohammed Mattar Salem Al Kaabi, Chairman of the General Authority of Islamic Affairs and Endowments; Bishop Paul Hinder, Vicar Apostolic of the Apostolic Vicariate of Southern Arabia; Yehuda Sarna, Chief Rabbi of the UAE; Vasu Shroff, Head of the Hindu Temple in Dubai; Surender Singh Kandhari, Chairman of the Guru Nanak Darbar, Sikh Temple in Dubai, in addition to representatives of public and private schools, tolerance programmes, university clubs, religious people, public authorities, intellectuals and artists.

Sheikh Nahyan said that the call is an invitation from the UAE, including its authorities, institutions, citizens and residents, to the entire world to promote the values of tolerance, coexistence and peace among all peoples, regardless of their religions, cultures and languages.

He also highlighted the UAE’s key legislative and global role in promoting tolerance, adding, "As we celebrate the International Day for Tolerance, we are reminded of important dates, including 2015 when we witnessed the issuance of the anti-discrimination law, and 2016 when we saw the introduction of the role of Minister of Tolerance, and 2018 when we hosted the historic meeting between Pope Francis, Head of the Catholic Church, and His Eminence Dr. Ahmed el-Tayeb, the Grand Imam of Al-Azhar and Chairman of the Muslim Council of Elders, who signed the Human Fraternity Document, and 2019 that witnessed the issuance of the Human Fraternity Document and the launch of the Year of Tolerance, and 2020 when the ministry’s name was amended to the Ministry of Tolerance and Coexistence."