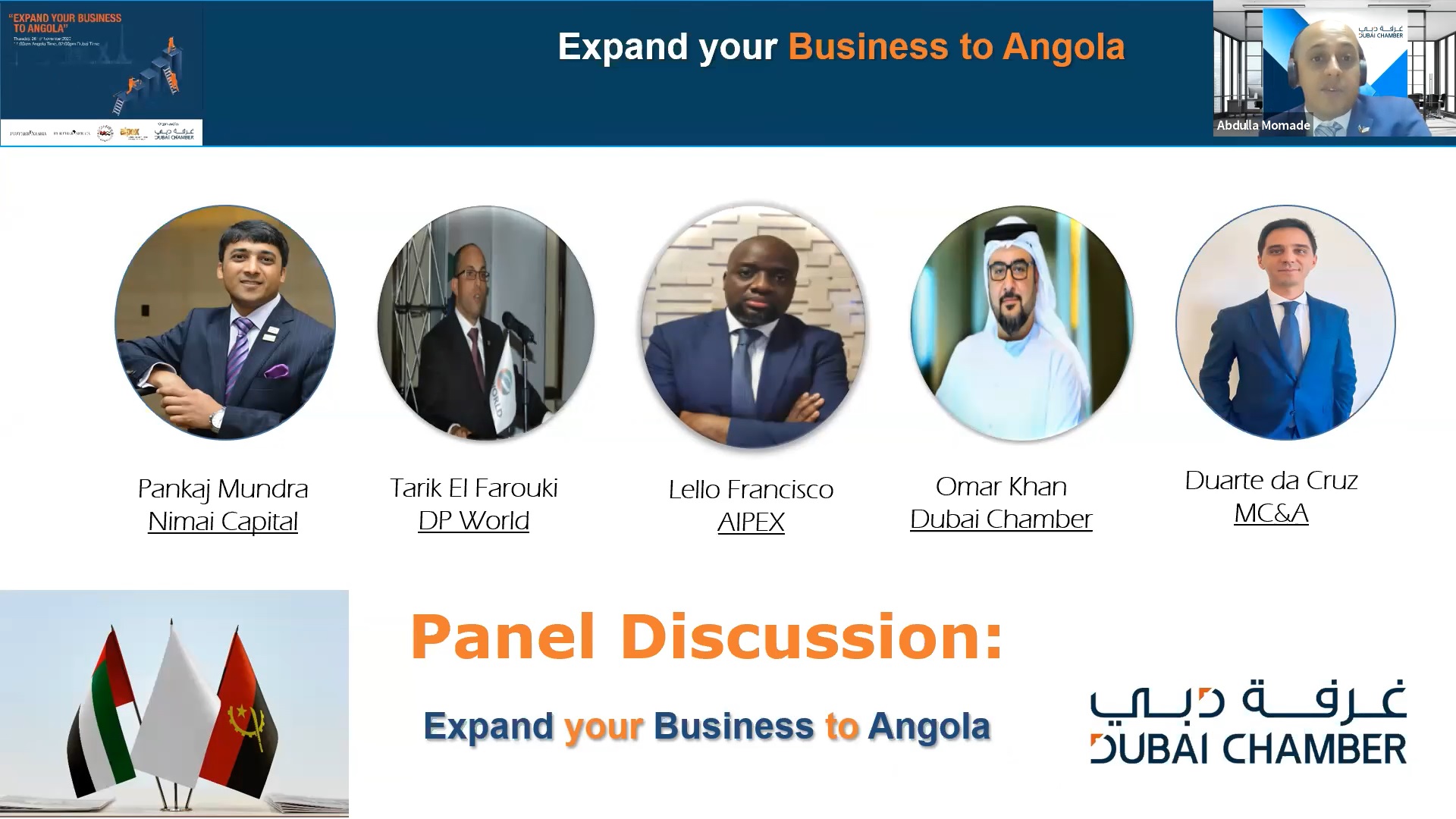 DUBAI, 30th November, 2020 (WAM) -- The UAE has been identified as a key market where Angola is looking to attract foreign direct investment in a wide variety of economic sectors, such as agriculture and agroindustry, fisheries, and manufacturing, government and business leaders have revealed.

Addressing participants during her keynote, Vera Daves, Minister of Finance of the Republic of Angola, noted the importance that Angola attaches to economic and commercial relations with the UAE and said there is vast investment potential in Angola that remains largely untapped. The UAE can play a vital role in Angola’s economic growth and development through portfolio investment, the minister explained, pointing out that the government is working with state-owned and private companies to open capital on its stock exchange.

In his welcome remarks, Hassan Al Hashemi, Vice President of International Relations, said Angola’s new economic ambitions and vast resources such as commodities such as cotton, coffee and diamonds, are all factors that encourage UAE companies to do business in Angola. As a gateway for business in Africa, Dubai can play a crucial role in unlocking Angola’s economic potential. Angola is Dubai’s largest trading partner in the Middle Africa region, with bilateral non-oil trade reaching $1.58 billion in 2019.

Sharing his insights, Lello Francisco – From AIPEX (Agency of Investments and Exports Promotion), said the Angolan government’s existing plan to diversify the economy and reduce dependency on oil creates an opportunity for foreign companies to invest in local production in key sectors such as textiles and agri-business.

For his part, Duarte da Cruz, Lawyer, Partner at MC&A said the new Double Taxation Treaty between UAE and Angola, set to come into effect in January 2021, will remove trade and investment barriers by reducing bureaucracy and allowing fewer taxes paid by any kind of economy.

Tarik El Farouki, Director of Business Development at DP World, highlighted the need to expand the logistics and transport services, a market gap that the company can fill as it supports market growth and the value chain within Angola.

Pankaj Mundra, Managing Partner at Nimai Capital, outlined existing challenges from the investor point of view, such as currency depreciation in some African countries, including Angola. He noted that Nimai Capital is planning to invest in Africa’s fintech market, since almost 40 percent of the population in the continent has access to mobile services, adding that the firm is open to connecting with banks on trade finance.