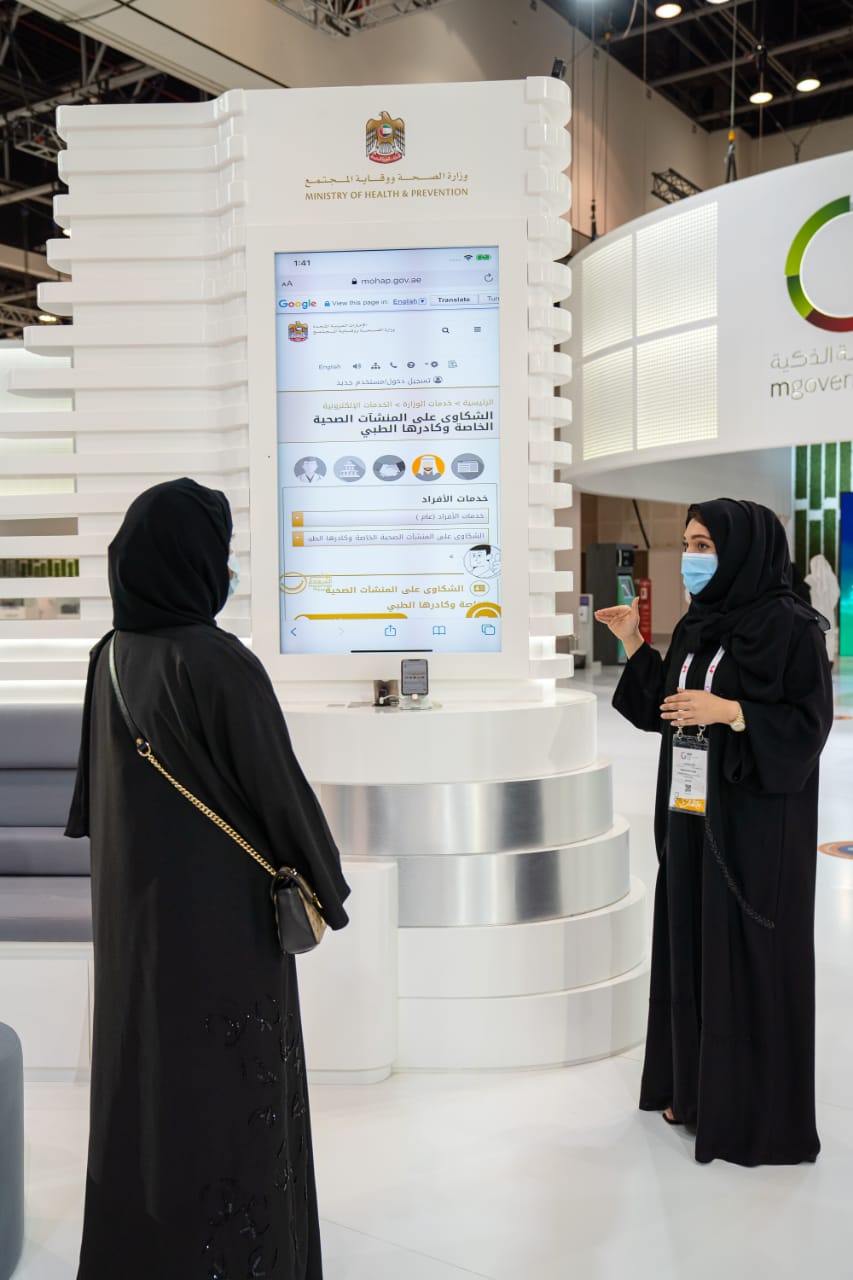 DUBAI, 7th December, 2020 (WAM) -- The Ministry of Health and Prevention, MoHAP, has debuted its new e-complaint system where patients can report medical malpractices and administrative errors made in private health facilities.

The newly released system comes as part of MoHAP’s efforts to upgrade the quality of the health system, innovate smart solutions, and adhere to the implementation of quality systems.

This is "to ensure that medical and technical personnel are playing their role in accordance with the policies and regulations of the private health sector," MoHAP said in a statement.

The announcement was made on the sidelines of MoHAP’s participation in GITEX Technology Week, which is being held at the Dubai World Trade Centre from 6th to 10th December, 2020.

Updates on medical complaints will also be easier under the new system which allows individuals to track the status of their complaints until a final outcome is entered by a neutral medical committee.

The new system also allows the electronic transfer of medical records and files to the ministry while maintaining full confidentiality.

Dr. Amin Hussein Al Amiri, the Assistant Undersecretary of the Ministry of Health and Prevention’s Public Health Policy and Licenses, said that MoHAP’s new complaint system comes as part of its efforts to upgrade the quality of the healthcare system, innovate smart solutions, adhere to the implementation of quality systems, and to actively take part in shaping public policies and strategies.

Dr. Hessa Mubarak, Director of Health Empowerment and Compliance Department, said, "The new system is an important asset to the existing procedures, as it eases the handling of complaints for all stakeholders to achieve the health compliance of private medical facilities.

"It allows all individuals, whether residents or visitors, to file a complaint on private health facilities together with all the supporting evidence."

Mubarak explained that a neutral medical committee named the Medical Liability Committee will subsequently be formed to investigate the incident and hear both parties, as well as assess the medical procedures followed by the doctor.

"A report, then, is submitted to the Medical Licensing Committee to take the appropriate action," she added.