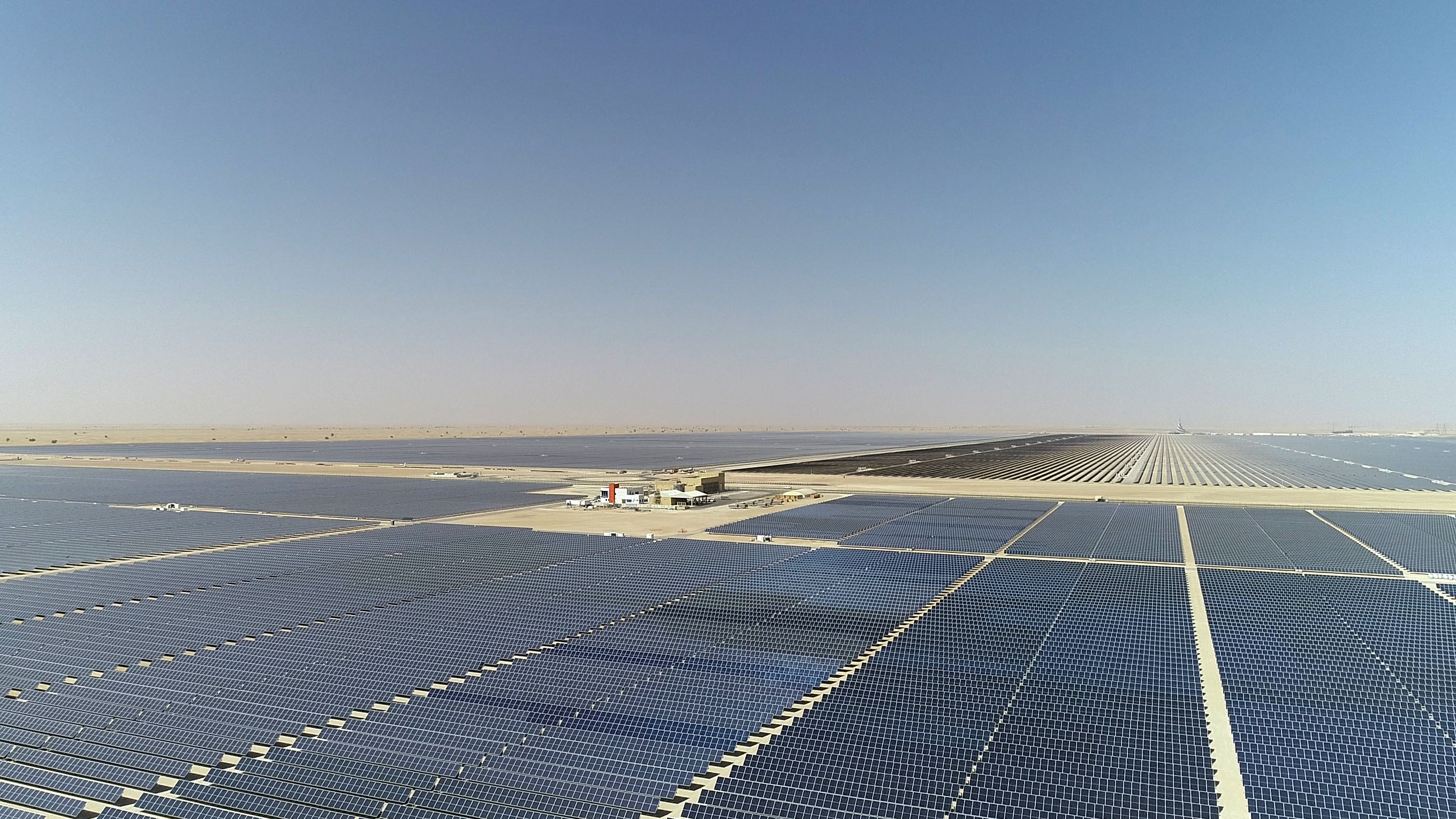 DUBAI, 12th December, 2020 (WAM) -- The 3rd phase of the Mohammed bin Rashid Al Maktoum Solar Park in Dubai, is one of the largest solar projects in the world, has a capacity of 800MW using photovoltaic solar panels and provides clean energy for over 240,000 residences in Dubai.

Dubai Electricity and Water Authority, DEWA) built the 3rd phase of the solar park using the Independent Power Producer, IPP, model in partnership with a consortium led by Abu Dhabi Future Energy Company, Masdar, and EDF Group, through its subsidiary EDF Énergies Nouvelles at an investment of AED3.47 billion.

The facility is the first of its kind in the Middle East and North Africa region to use single-axis solar tracking to increase energy generation. It also uses other innovative technologies, including cleaning robots for photovoltaic panels to increase the plant’s efficiency.

DEWA recorded a world record in the cost of photovoltaic solar power for this phase of the solar park, at a Levelised Cost of Energy, LCOE, of USD 2.99 cents per kilowatt-hour, using the IPP model. DEWA established Shuaa Energy 2 with a 60 percent stake in the company. Masdar has 24 percent and EDF Énergies Nouvelles has 16 percent.

The Mohammed bin Rashid Al Maktoum Solar Park is the largest single-site solar park in the world. With a planned total capacity of 5,000MW by 2030, it features an investment of AED50 billion. The total capacity of operational projects at the Solar Park, which uses photovoltaic solar panels, is 1,013MW. DEWA is creating an additional capacity of 1,850MW using solar panels and Concentrated Solar Power, CSP.