UAE ranks first in the Gulf, Arab and the Eastern Mediterranean countries in terms of total per capita health expenditure 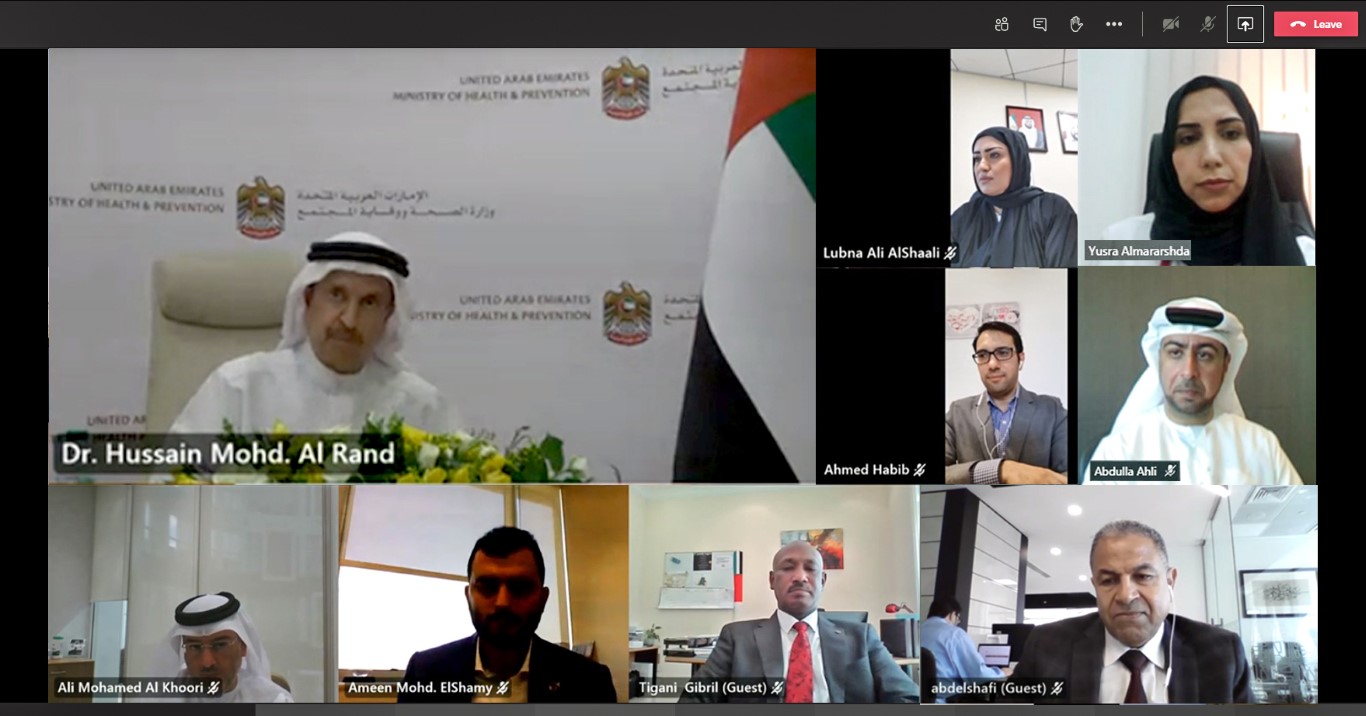 DUBAI, 13th December, 2020 (WAM) -- The Ministry of Health and Prevention (MoHAP) today announced the results of the UAE’s 1st National Health Account (NHA) 2017, which was carried out in collaboration with the World Health Organisation (WHO) and relevant health and government authorities.

The results were announced during a virtual media briefing held in presence of Dr. Hussain Abdul Rahman Al Rand, Assistant Under-Secretary of Health Centres and Clinics, Ministry of Health and Prevention, and representatives from the Ministry of Presidential Affairs, Ministry of Finance, Department of Health-Abu Dhabi, Dubai Health Authority (DHA), Sharjah Health Authority, Federal Competitiveness and Statistics Centre (FCSC) and the Insurance Authority.

According to the NHA, the UAE has topped the Gulf, Arab and Eastern Mediterranean countries in terms of the Current Health Expenditure per Capita (CHE_pc). The results also showed that the country's health financing system is sustainable, with the mandatory spending reaching 83 per cent of the total spending on healthcare.

Sustainable Development "The UAE deservedly occupies a prominent position across many global competitiveness reports when it comes to sustainable development, thanks to first the support and directives of its wise leadership and second having developed national indicators and performance standards, which are serving as a roadmap for improving the quality of healthcare services, taking advantage of the country’s modern infrastructure, state-of-the-art technologies, and highly efficient medical care facilities," said Abdul Rahman bin Mohammad bin Nasser Al Owais, Minister of Health and Prevention.

"The 1st National Health Account findings revealed that the UAE is leading the Gulf, Arab and Eastern Mediterranean countries in the total expenditure on health per capita, in itself a remarkable achievement that would enhance the effectiveness of national initiatives, projects and policies in line with the Future Foresight Strategy and the UAE Centennial 2071," Al Owais stated.

Governance & sustainability For his part, Dr. Mohammad Salim Al Olama, Under-Secretary of the Ministry of Health, affirmed that the NHA has become a strategic priority in the UAE, supporting the sustainability, competitiveness and governance of the country’s health sector.

He thanked all members of the NHA Committee and health authorities and MoHAP work team for their exceptional efforts, which ensured the success of the NHA’s first edition.

"The NHA aims to set up an integrated national platform with a sustainable vision to gather health spending data, improve planning and allocate resources. The platform will give a special focus to the distribution of expenditures according to diseases and linking expenditures to budgets and health outcomes to offer national health strategic plan makers greater and more flexible options," Al Olama said.

Healthcare a governmental priority Also speaking during the briefing, Al Rand congratulated the UAE leadership on the occasion of the Commemoration Day and 49th National Day, stressing that the country’s healthcare system is constantly evolving, making it one of the strongest and most resilient regionally and globally. "This has been made a reality thanks to the support and directives of the UAE government, which spares no effort to provide quality healthcare services based on a world-class health system known for being effective, flexible and sustainable,".

"Providing a healthy life for every individual and family in the society tops the priorities of the UAE government; this is why we are today one of the best countries in the world," Al Rand said.

During the virtual event, Al Rand gave a brief presentation about the NHA results, highlighting its strategic importance, elements and the methodology used in the calculations. "The findings would greatly help enhance the competitiveness of health spending not only in the UAE but also in the Gulf, Arab countries, the Eastern Mediterranean and the Economic Cooperation Organization countries," he emphasised.

Report Findings According to Dr. Al Rand, the Current Health Expenditure increased by 26 per cent, to US$ AED 57 billion in 2017, compared to AED 45 billion in 2016, as per WHO statistics. The results also found that the per capita Health expenditure run to AED 6,128 (US$ 1,669), with a similar growth rate of 26 per cent, up from US$ 1,323 in 2016. This increase in the Current Health Expenditure per capita is topping the rank of the UAE over the Gulf States and the Eastern Mediterranean Region.

Sustainable Health Financing He added that the CHE as a per cent of GDP is making up 4.0 per cent with a 14.3 per cent increase compared to 3.5 per cent in 2016, which confirms a faster pace of growth in the health sector than the GDP.

In 2017, the Compulsory Financing Arrangements (CFA) comprised 82.6 per cent of the CHE, while it was estimated at 71.6 per cent in 2016, recording 15.4 per cent growth. The share of CFA as a per cent of CHE is higher than the average of OECD countries with six points, which reflects the sustainability of health financing in the country.

Al Rand went on to say: "The Out of Pocket Expenditure as a per cent of CHE dropped by 36 per cent reaching 12.2 per cent in 2017, down from 19.2 per cent in 2016. This reflects the government's interest in strengthening the financial protection of individuals to help them obtain health services and achieve universal health coverage, which is one of the most important health goals of the UAE’s plan set to achieve sustainable development goals,".