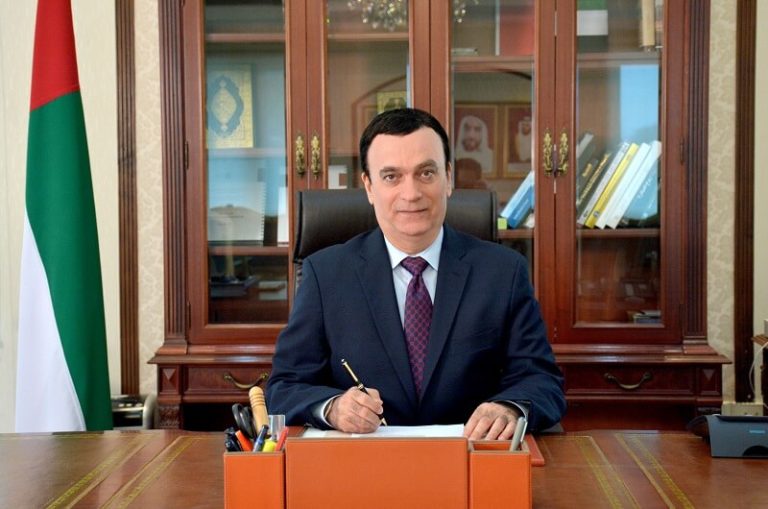 by Krishnan Nayar NEW DELHI, 16th December, 2020 (WAM) -- India has joined the Waterfalls Initiative for Continuous Education from UAE to the World, Dr. Ahmed Al Banna, the UAE Ambassador to India, has announced.

At a virtual event attended by participants in both India and the UAE on Tuesday, Dr. Al Banna said India’s participation in the global project to deliver continuous medical education is to start with 52 doctors in India joining the initiative.

The initiative’s Indian partners, in their speeches, thanked His Highness Sheikh Mohammed bin Rashid Al Maktoum, Vice President and Prime Minister of the UAE and Ruler of Dubai, for his timely decision in launching the initiative, which will benefit one million health professionals.

The virtual event was attended, among others, by Pavan Kapoor, India’s Ambassador to the UAE, Dr. Abdul Salam Al Madani, Executive Chairman of the Waterfalls Initiative and the Chairman of INDEX Holding, Colonel Abdulrahman Ali Al Mansouri, Director of the Executive O­ffice in the Department of Behavioural Rewards at the Ministry of Possibilities, and Dr. Aman Puri, Consul General of India in Dubai.

Uday Shankar, President Elect of the Federation of Indian Chambers of Commerce and Industry (FICCI), India’s premier industry organisation, described the Waterfalls Initiative as a "unique project in challenging times" and said FICCI was proud to be part of it.

Anas Al Madani, Vice Chairman and Group CEO of INDEX Holding, who was Master of Ceremonies at the virtual event, said India’s participation would contribute to "value addition" to the Waterfalls Initiative.

Sangita Reddy, Past President of FICCI and Joint Managing Director of Apollo Hospitals, a pre-eminent Indian medical enterprise, said the Waterfalls Initiative is an "outstanding" effort at a time of need. As someone from the medical fraternity, she said it would be a medical professional asset.

Dr. Alok Roy, Chairperson of FICCI’s Health Services Committee and Chairman of Medica Group of Hospitals, expressed the readiness of both these organisations to partner with the UAE Initiative with India’s manpower assets in the health sector.