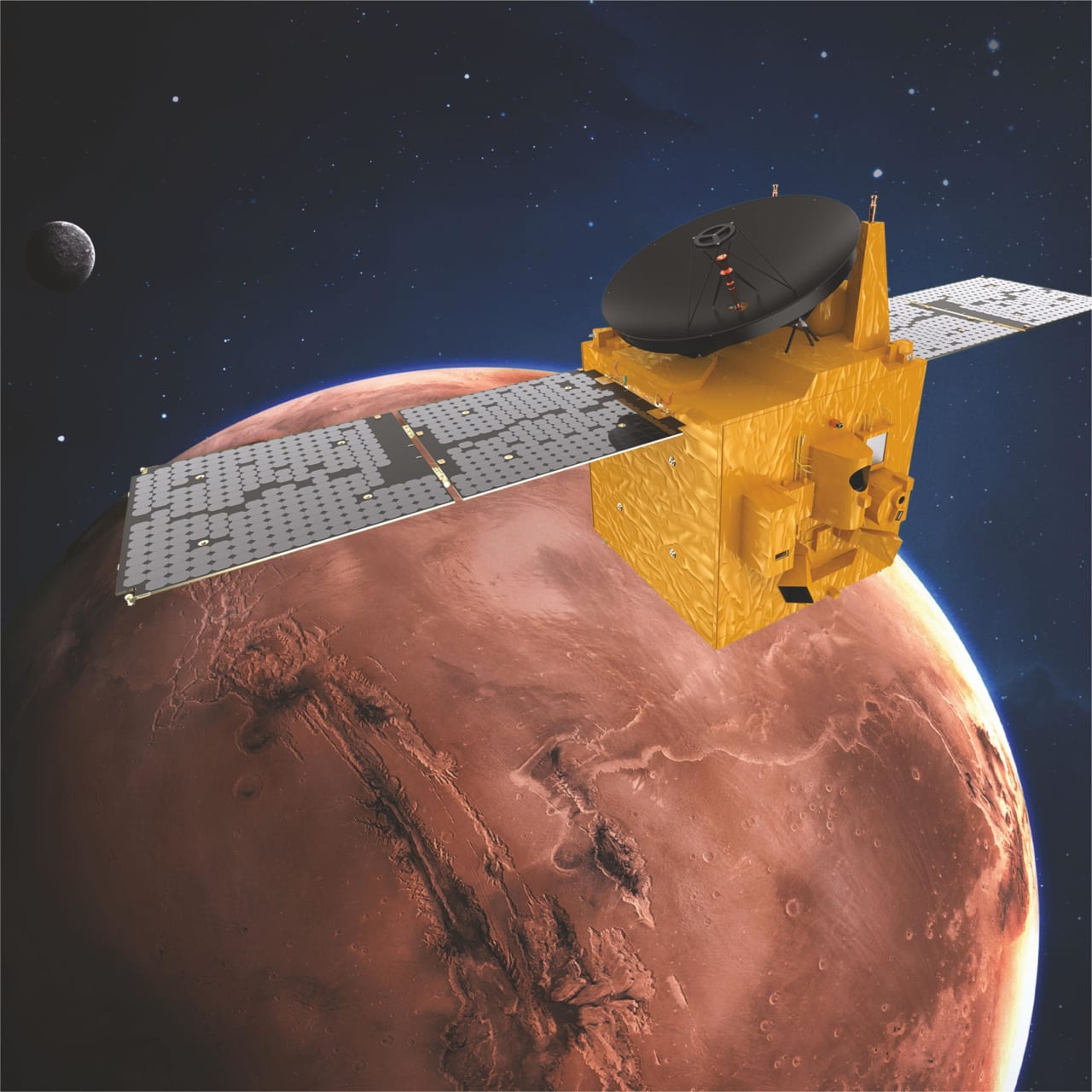 The arrival to the Red Planet also marks the 50th anniversary of the UAE’s Union formation.

The EMM made the UAE the first Arab country and the fifth globally to reach the Red Planet.

The EMM, the country's first mission to the Red Planet, is designed to ​orbit Mars and study the dynamics in ​the Martian atmosphere on a global scale, and on both diurnal and seasonal timescales. Using three scientific instruments on board of the spacecraft, EMM will provide a set of measurements fundamental to an improved understanding of ​circulation and weather in the Martian lower and middle atmosphere.