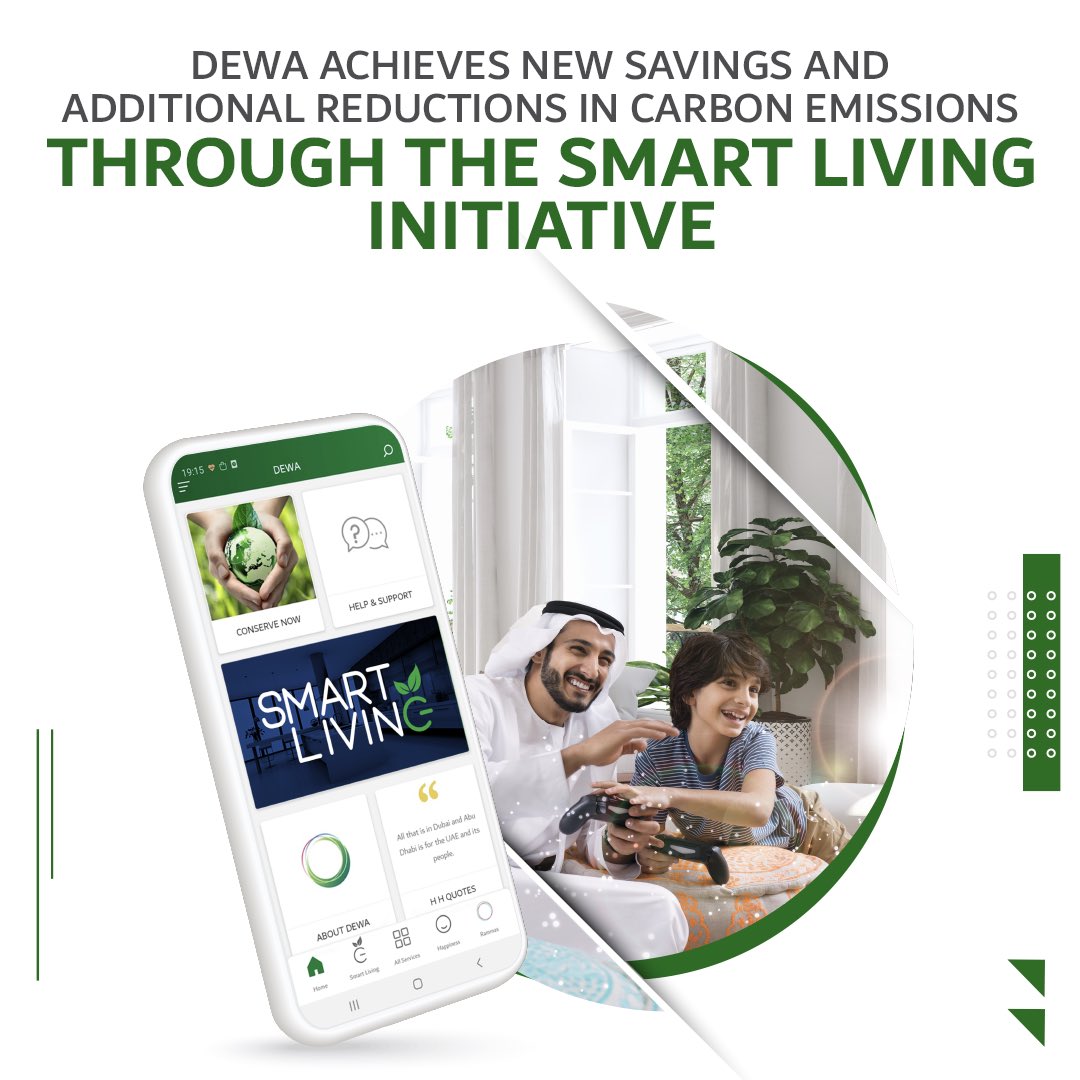 DUBAI, 19th February, 2021 (WAM) -- The "Smart Living" initiative - which was inaugurated by the Dubai Electricity and Water Authority - has achieved savings up to 179.5 million kilowatt hours of electricity and 67.7 million gallons of water, since its launch in July 2020 until January 2021. This is equal to savings of AED52.6 million.

Smart adoption of the initiative has reached 100 percent, while 1.24 million digital visits have been recorded. The initiative reduced 15,643 tonnes of carbon emissions. Customer trust has increased to 92 percent, while their satisfaction reached 98 percent.

The initiative has improved the productivity of employees by 27 percent, while the service quality has reached 94 percent.

Saeed Mohammed Al Tayer, MD and CEO of DEWA, said that the initiative supports DEWA’s efforts to raise the awareness of customers about sustainability and conservation. It also contributes to DEWA’s efforts in reducing cost for customers, the carbon footprint as well as improving the efficiency, speed of internal operations, and providing smart added-value services that reduce time and efforts.

Al Tayer praised the positive response of community members towards DEWA’s initiatives and using the smart features that DEWA provides to encourage Dubai residents to follow a responsible lifestyle in the electricity and water consumption.

The Smart Living initiative depends on the smart grid data, Artificial Intelligence (AI), partnerships with the public and private sectors to help customers understand, monitor, and conserve their consumption instantly and proactively. This avoids unexpected consumption.

Customers can log into their DEWA accounts on the website or smart app, update their Consumption Pattern file, check their digital dashboards to monitor consumption, know more about residential customer tariff slabs, and get conservation tips.