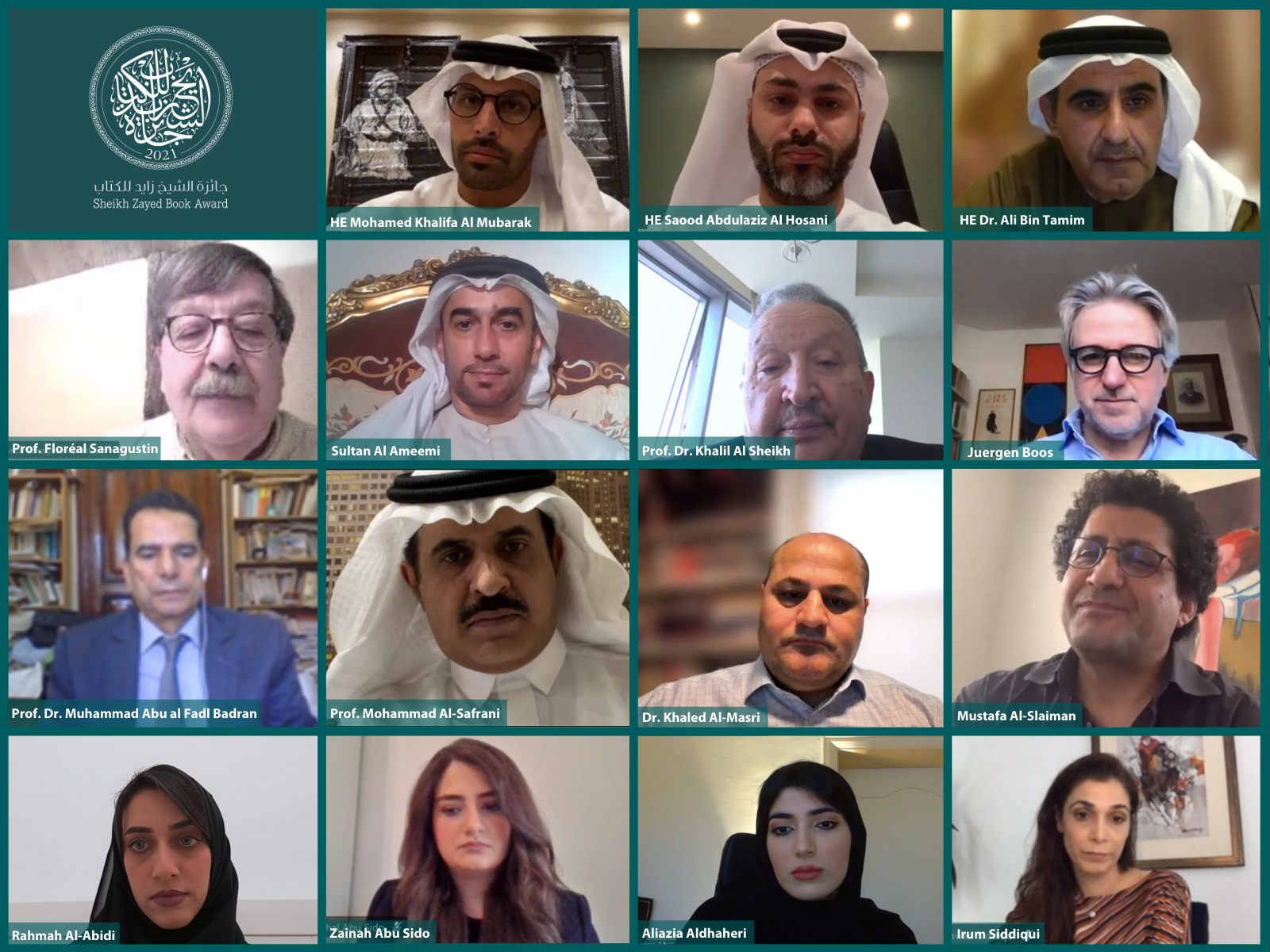 ABU DHABI, 2nd March, 2021 (WAM) -- The Sheikh Zayed Book Award Scientific Committee has convened to review the recommendations of the Award’s jury and approve the shortlists of the 15th edition of the Award – the largest in its history in terms of submission and nomination numbers, standing at a total 2,349 submissions; a 23 percent increase compared to the 14th edition.

"This year’s Sheikh Zayed Book Award witnessed the highest ever engagement in the Award’s 15-year history, and we have had an incredible variety of powerful works to choose from," said Al Hosani. "The impressive number of submissions has proven that the profile and prestige of the Award grows year on year, successfully highlighting the innovative talents who are raising the literary bar and enriching the Arab cultural and intellectual oeuvre."

Commenting on shortlist approvals by the Scientific Committee, Dr. bin Tamim said, "Our evaluation process complies with the highest standards of transparency, integrity and objectivity, and goes through four stages. With the approval of the shortlists, the third stage of this process is now complete. In the next few weeks, we will be revealing the titles that were shortlisted in the Literature, Translation, Contribution to the Development of Nations, Arab Culture in Other Languages, Children's Literature, Literary and Art Criticism, Young Author, and Publishing and Technology categories, and we will be submitting these lists to the Board of Trustees for a final approval and the selection of winners."