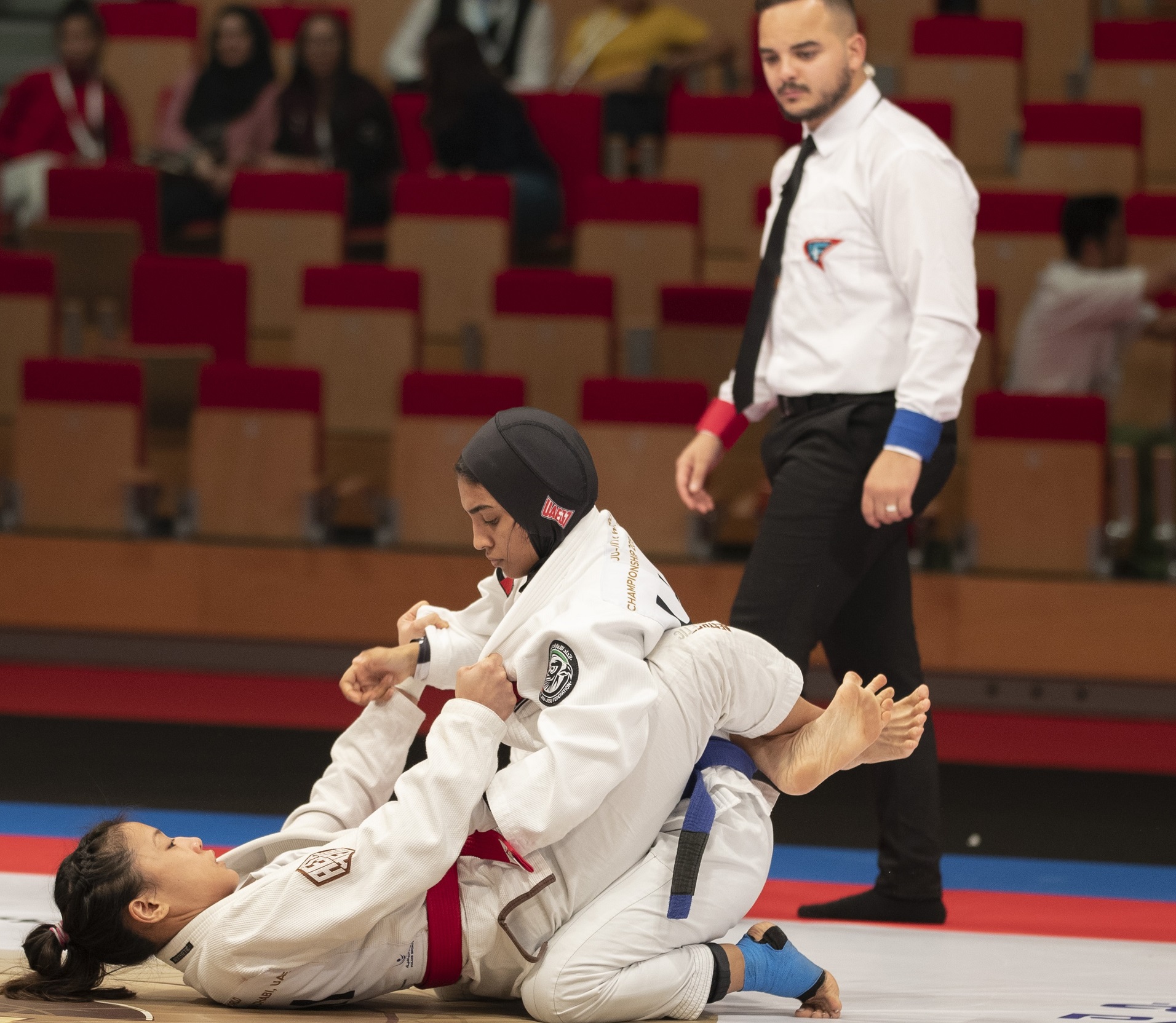 ABU DHABI, 25th March, 2021 (WAM) -- The UAE Jiu-Jitsu Federation will launch the second round of the "Mother of the Nation" Jiu-Jitsu League on Friday, 26th March, at Jiu-Jitsu Arena in Zayed Sports City.

Organisers say the second round of the Mother of the Nation Jiu-Jitsu League comes at perfect timing, at the height of the preparations for female club and academy players in the country to participate in the Abu Dhabi Grand Slam Jiu-Jitsu Championship and the Abu Dhabi World Professional Jiu-Jitsu Championship next month. This important round of the "Mother of the Nation" League will contribute to enhancing the players’ technical, psychological and physical preparations for high-level fights, which are characteristic of the next stage tournaments.

Similar to the first round, the competitions will fall into three categories: female youth under 16 years old, young women under 18 years old, and adults over 18 years old. The second round will witness the participation of hundreds of female athletes from state clubs and academies.

The Mother of the Nation Jiu-Jitsu League has become one of the main activities within the agenda of the Federation’s activities and enjoys special importance for female players.

Matches of the first round were marked by a lot of solemnity and enthusiasm, amid the brilliance of the players of Al Ain, Al Wahda, Al Jazira, Al Dhafra and 777 Academy, where they managed to win the largest number of medals.