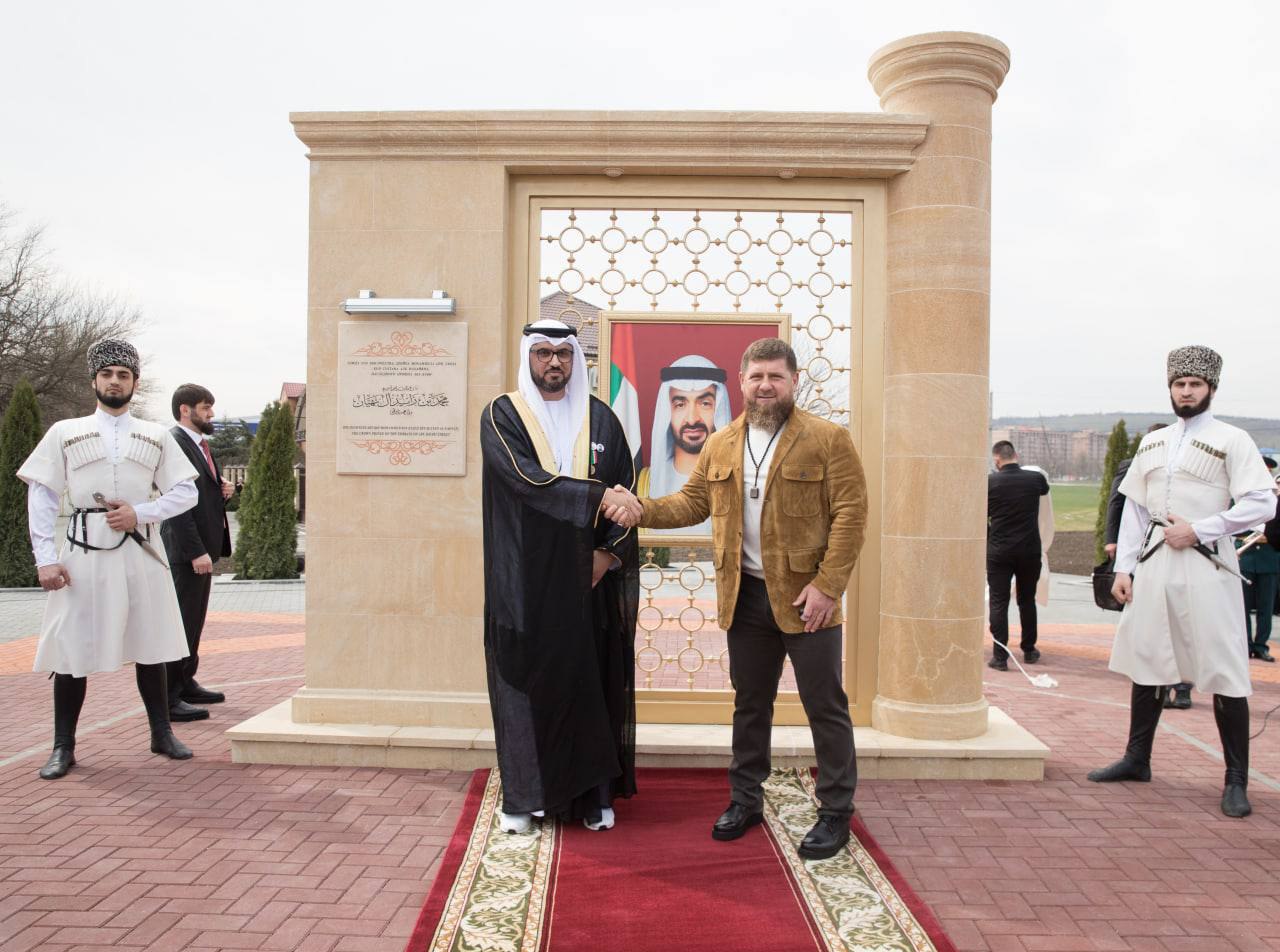 During the inauguration, which was attended by Dr. Mohammed Ahmed Al Jaber, UAE Ambassador to Russia, President Kadyrov highlighted the distinguished ties between the UAE and Chechnya and the relations between their leaderships, stressing his appreciation for His Highness Sheikh Mohamed bin Zayed and lauding his personality and noble values.

Kadyrov then pointed out that the street was named after His Highness Sheikh Mohamed in recognition of his efforts to boost the ties between the two friendly countries, and as a token of gratitude for the development projects launched by the UAE to assist the Chechen people during the coronavirus pandemic.

Dr. Al Jaber thanked the Chechen leadership and lauded the gesture of President Kadyrov, stressing the appreciation of H.H. Sheikh Mohamed for the relations between the UAE, Chechnya and the Russian Federation.

Grozny’s streets were decorated with Emirati, Russian and Chechen flags for the event.