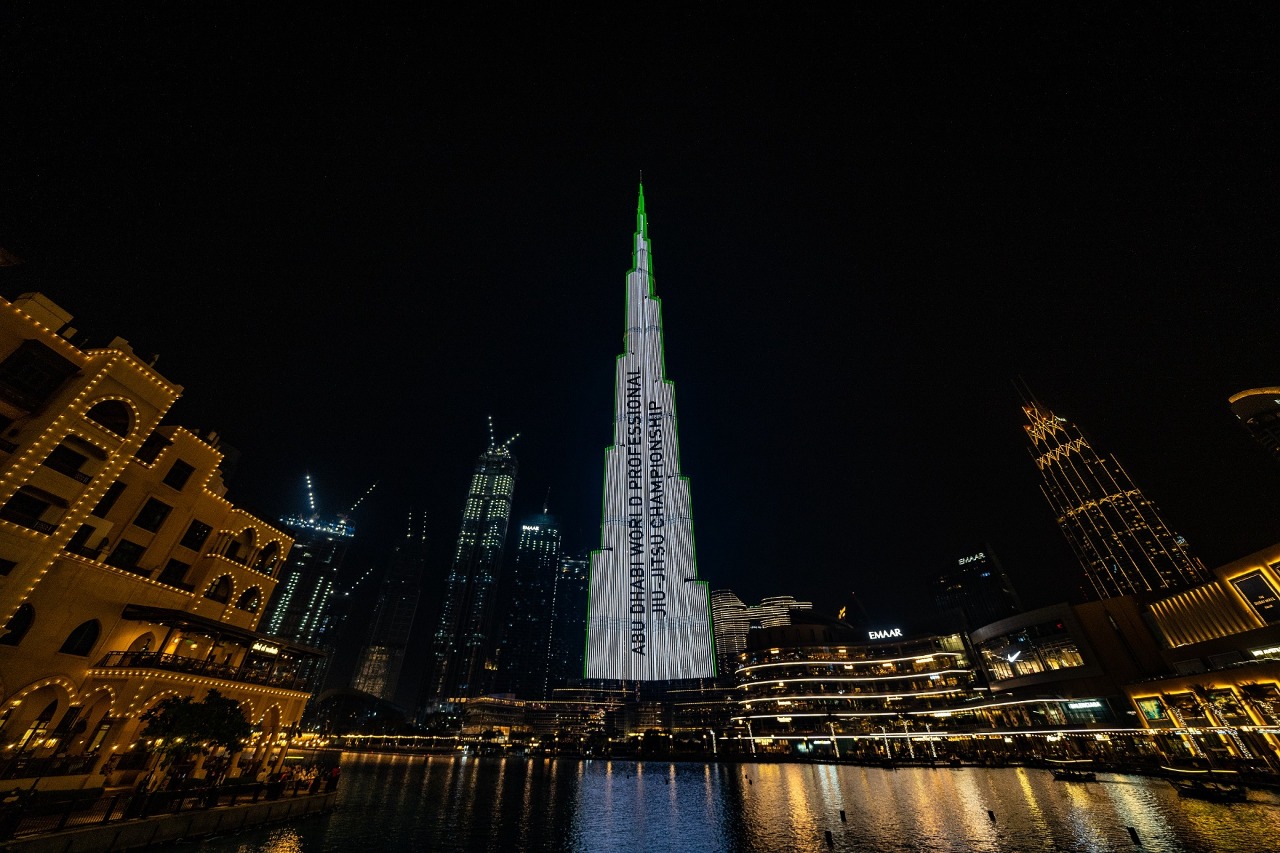 DUBAI, 9th April 2021 (WAM) - The 12th edition of the Abu Dhabi World Professional Jiu-Jitsu Championship (ADWPJJC) has taken the sport to unprecedented heights with the tournament logo lighting up the Burj Khalifa, the world’s tallest building.

ADWPJJC organisers the UAE Jiu-Jitsu Federation (UAEJJF) teamed up with long-term partner Emaar to showcase the championship and its achievements to the world. The 12th ADWPJJC is being held under the patronage of His Highness Sheikh Mohamed bin Zayed Al Nahyan, Crown Prince of Abu Dhabi and Deputy Supreme Commander of the UAE Armed Forces.

Despite the ongoing Covid-19 pandemic, more than 2,000 of the world’s top jiu-jitsu athletes, including the UAE’s home heroes, have been battling it out on the ADWPJCC mats for global glory at Abu Dhabi’s Jiu-Jitsu Arena, in adherence to a strict protocol to ensure the health and safety of athletes, coaches, referees, and all event participants.

The ADWPJJC, the largest and most prestigious event on the global jiu-jitsu calendar, culminates on Friday with the sport’s top black and brown belt athletes going for gold at the home of jiu-jitsu.