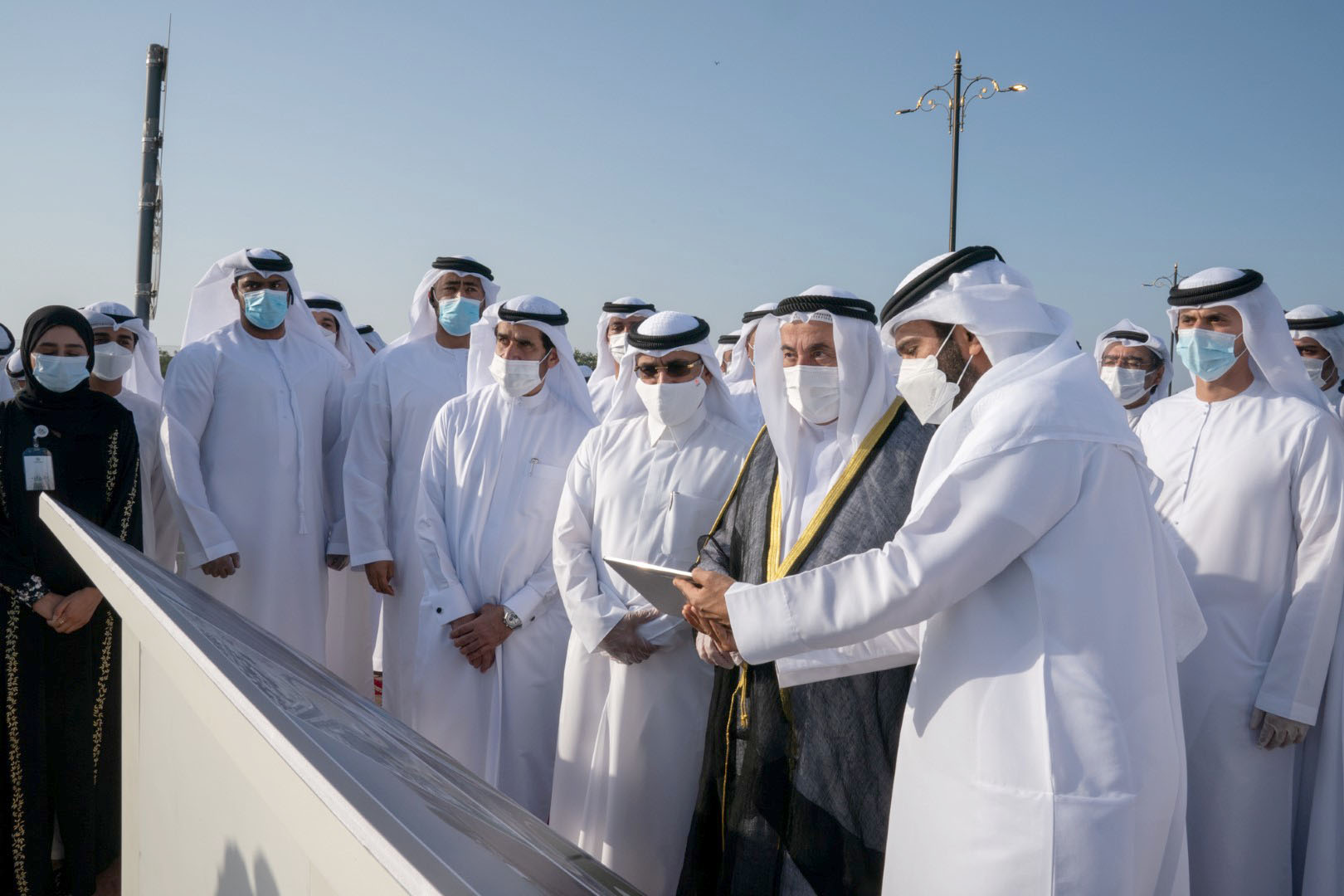 The square is one of the emirate's key tourist sites; it's surrounded by a number of landmarks, including Khor Kalba Fort in the north, the new castle neighborhood mosque in the south, and the developed Kalba Corniche extension in the east. The square also features several important construction elements, such as the fishermen heritage mosque "Saif Bin Ghanim Mosque" and the Water Fountain.

His Highness the Ruler of Sharjah pressed on the button to turn on the fountain, which is considered one of the distinctive tourist attractions in the emirate.

Recently restored, the fishermen heritage mosque is one of Sharjah's oldest places of worshipping; it's built of coral marine stone and plaster with its roofing covered with palm fronds, and adorned with colourful lightings that add a further aesthetic aspect to the mosque and its surroundings.