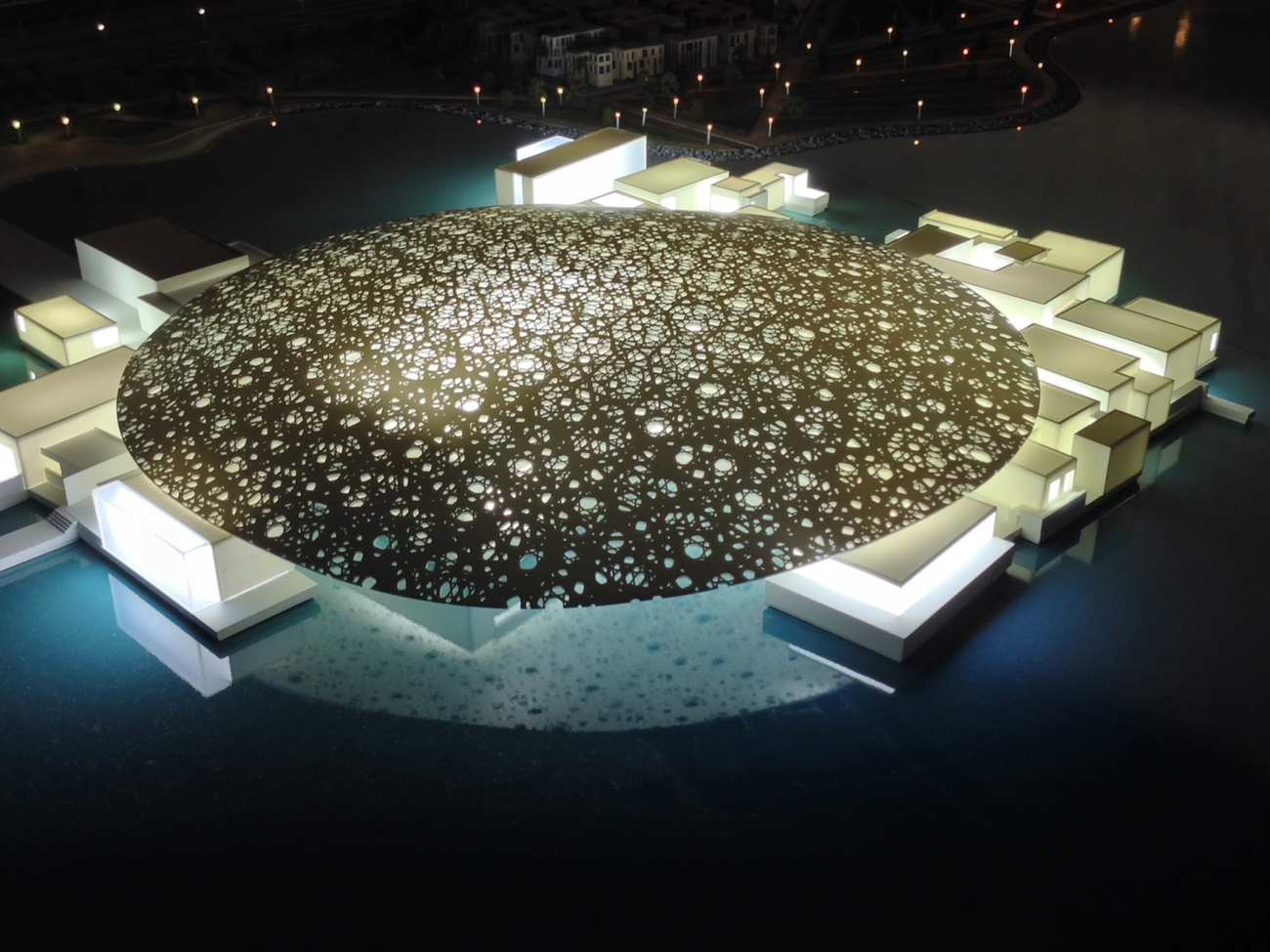 ABU DHABI, 10th April, 2021 (WAM) -- The Department of Community Development - Abu Dhabi, (DCD) in cooperation with the Department of Culture and Tourism, launched a multi-religious room for non-Muslims at the Louvre Museum, as it is one of the most prominent cultural, artistic and tourism destinations in the country, which will provide a religious service for non-Muslim visitors to practice their religious rituals are in accordance with the customs and traditions recognised in the country.

The move positions of the Emirate of Abu Dhabi as a global centre for tolerance and human fraternity, and granting members of its community all rights, care and spreading cultures of coexistence between different nationalities of different cultures.

The multi-religious room launch came in the presence of Hamad Al Dhaheri, Undersecretary of the Department of Community Development - Abu Dhabi, Saud Al Hosani, Undersecretary of the Department of Culture and Tourism, Manuel Rabate, Director General of the Louvre Museum - Abu Dhabi, and a number of executives and employees from the participating entities where a multi-religious room permit was presented, which is the third after Abu Dhabi International Airport and Cleveland Hospital.

In this regard, Hamad Al Dhaheri, Undersecretary of the Department of Community Development, said: "The launch of the multi-religious worship room at the Louvre Museum in Abu Dhabi comes as a continuation of the initiatives and projects that contribute to enhancing the quality of life and verifies the department’s vision of providing a dignified life for all members of the community, especially as this initiative confirms our endeavours towards creating a cohesive community based on tolerance and respect for the other, and aims to promote the concept of human fraternity, religion and culture in the Emirate of Abu Dhabi, and embodies societal cohesion between all segments of the society.

Al Dhaheri added: The multi-religious worship room embodies the meanings of harmony, compassion and social integration. Our country has had an honourable record of spreading the concepts of tolerance and human coexistence on the regional and global levels, especially since the UAE has believed in the importance of openness to peoples and living in harmony and compassion with all cultures, and by the grace of God, Under the guidance of our wise leadership, it has become a destination of peace and tolerance.

Al Dhaheri also confirmed that in opening a multi-religious room in the museum, which includes various sections, most notably the religious section, which is visited by thousands of visitors from various countries of the world, as well as those who live in the country with different beliefs and religious rituals, it will help us achieve our goals in consolidating the distinguished reputation of Abu Dhabi as a destination for coexistence, tolerance and acceptance.

Al Dhaheri explained that DCD has established standards for the multi-religious room, and its launch in various places that are a destination for visitors of various nationalities, cultures and religions, indicating that wish to implement the establishment of the multi-religious room in other locations can submit a request to the Department of Community Development to be reviewed to determine the need of it and apply them in the proposed site and fulfill the conditions that are in line with the approved standards.

Saud Al Hosani, Undersecretary of the Department of Culture and Tourism in Abu Dhabi, said: This step embodies the values of tolerance, openness and respect for others, and delivers the message of Abu Dhabi as destination of human peace and coexistence between all religious and nationalities.

Al Hosani added that the Department of Culture and Tourism prioritises positioning Abu Dhabi as the first tourism destination and an international cultural dialogue, as well as to highlight the role of cultural monuments and global museums in them to reflect coexistence, community integration, and pillars of sustainable development and the knowledge economy. The establishment of the multi-religious worship room highlights the principles of the Islamic religion that our country urges to reveal and showcase globally in terms of the humanity of Islam and its respect and acceptance.

Manuel Rabaté, Director General of the Louvre Abu Dhabi, said: The Louvre Abu Dhabi is a museum for the comfort of the soul and the mind, which narrates the encounter of cultures. We seek to showcase the shared human stories and the similarities that bind us together and that are evident in the artworks.