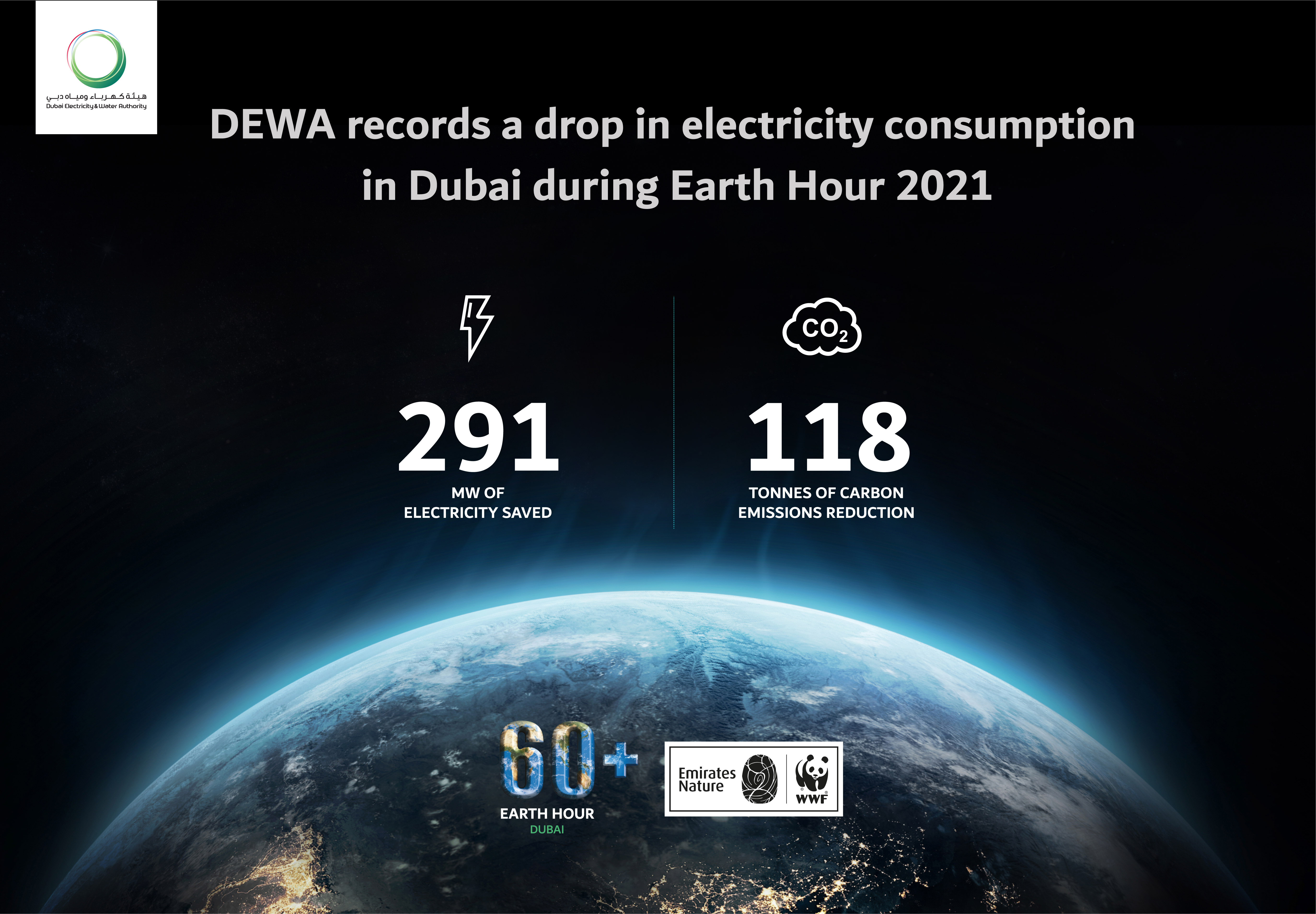 DUBAI, 11th April, 2021 (WAM) -- For the 14th consecutive year, Dubai has achieved significant results in reducing electricity consumption during Earth Hour 2021, with a 291 megawatts reduction, and avoided 118 tonnes of carbon emissions, said Dubai Water and Electricity Authority (DEWA) in a statement on Sunday.

Saeed Mohammed Al Tayer, MD & CEO of DEWA, thanked and praised all customers and society members for taking part in the global initiative.

The event was held in cooperation with the Dubai Supreme Council of Energy and Emirates Nature, in association with World Wide Fund for Nature.

Al Tayer said: "The UAE plays a key role in supporting international efforts to address climate change, which as per His Highness Sheikh Mohammed bin Rashid Al Maktoum, is 'the most prominent battle for mankind over the coming decades, to preserve a healthy planet for generations to come.' The UAE is one of the first countries in the region to give substantial attention to protecting the environment and addressing climate change. DEWA spares no effort to support sustainable development in the UAE and Dubai, spearheading the fields of renewable energy, sustainability, and the environment and improving their efficiency,"

DEWA also organised a series of virtual lectures and competitions that targeted more than 12,000 students, several public and private organisations, sport and tourist facilities, and major malls. The authority coordinated with developers at more than 400 sites across Dubai to encourage community residents to switch off their lights for 60 minutes during Earth Hour.

Khawla Al Muhairi, Executive Vice President of Strategy and Government Communication at DEWA, thanked educational and tourist facilities, factories, malls, developers, and community members, for their active participation to ensure the event was a success. "This reflects a high community awareness on the importance of saving the environment and its precious natural resources, and their contribution to achieving these important savings," said Al Muhairi.