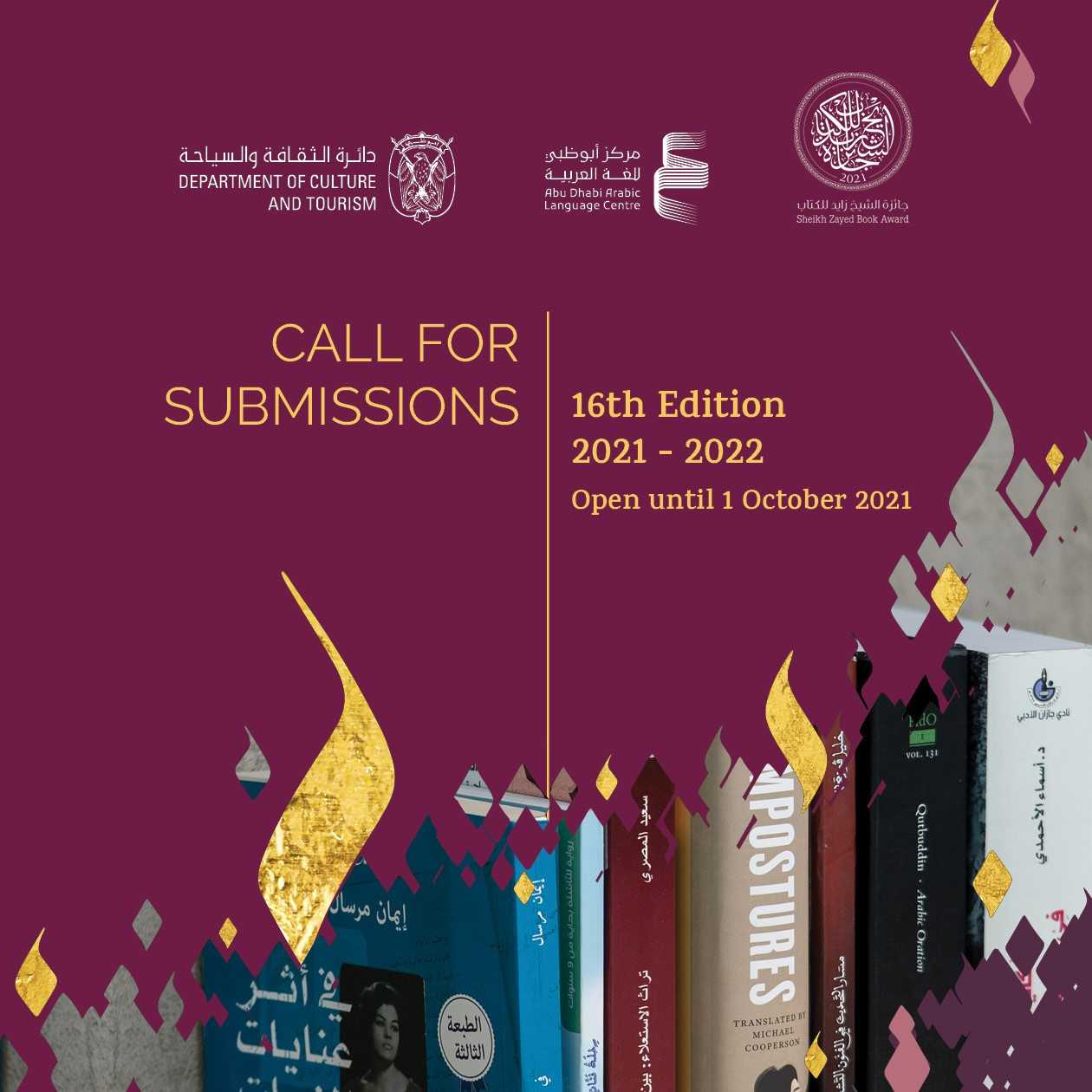 ABU DHABI, 13th June, 2021 (WAM) -- Writers and publishers are being invited to submit their entries for next year’s Sheikh Zayed Book Award (SZBA). The submission period for the 16th edition of the SZBA, will run from June until 1st October, 2021.

The announcement follows the success of the 15th edition’s virtual awards ceremony, which received widespread praise and publicity after it was broadcast across social media and television networks on 24th May.

The Award is being organised by the Arabic Language Centre, part of the Department of Culture and Tourism – Abu Dhabi (DCT Abu Dhabi).

"We now welcome submissions for the next edition of this prestigious literary prize, with the tributes of the 15th edition’s success still garnering attention in literary circles," said Dr. Ali bin Tamim, Secretary-General of SZBA and Chairman of the Abu Dhabi Arabic Language Centre.

He added, "We owe this success not to chance or improvisation, but to our disciplined planning, analysis and foresight to present the Sheikh Zayed Book Award to the world in a manner that fits its namesake, status and position as a hub of creativity, culture, literature, translation and publishing."

The categories for the 16th edition include Literature, Translation, Contribution to the Development of Nations, Arabic Culture in Other Languages, Children’s Literature, Literary and Art Criticism, Young Author, Publishing and Technology, and Cultural Personality of the Year.

The SZBA welcomes self-nominations from the authors themselves, or publishing houses can submit their book nominations after obtaining the authors’ written consent.

The nominated original works must be written in Arabic, except the ‘Translation’ category, where it must be translated to or from Arabic. The other exception is the ‘Arabic Culture in Other Languages’ category, where the entries should be published in English, German, French, Italian, Spanish or Russian.

The 15th edition of SZBA received a record number of submissions, totalling 2,349 from 57 countries – an increase of 23 percent compared to the previous year. This brings the total number of submissions to have competed for the award’s nine categories since its inception to 19,095.